Inspired by classic games such as the GBC era Legend of Zelda games as well as my deep love of collectible card games, OSAGAI merges both genres into a love letter to those two genres.

Take on the role of three champions summoned to the Isle of Auldrin. With an arsenal of weapons, spells, items, and armor, our heroes will traverse the Isle to recover the four Elemental Essences in order to cleanse Auldrin's patron deity from a terrible curse.

Delve into seven unique Dungeons, travel through a vibrant Overworld, challenge unique foes designed by the community in the Ring of Teeth and Claws, and hunt down every last Card to prove you are worthy successors to the Cartomancer name.

Explore the Overworld, hunting down new cards, fighting off bad guys, and searching for ancient dungeons!

Collect and Battle with over 200 cards in Osagai's card based combat. Combine cards to form powerful combos, seek out the very best weapons and armor, and face off against some of the toughest foes in the Arena to earn community designed cards!
​
Overworld Map Progress [43%]

I would love to playtest this!

Dirge said:
I would love to playtest this!
Click to expand...

I'll definitely let you know when I'm at that point then! I will probably release a Deckbuilding Demo just to get all the cards playtested before implementing them into the actual game. They won't all have art yet probably but it's a small price to pay.

All good, that's what playtesting is for. Mechanics, not graphics 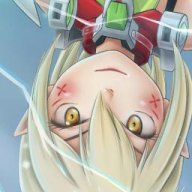 I will waiting for this demo *-*

Exie said:
I will waiting for this demo *-*
Click to expand...

Aw thank you Exie! I'll make sure to work on it promptly. I'm really making sure all the cards are balanced.

Working with small numbers is tough when even a simple difference between say Short Sword (ATK) versus Mythril Sword (ATK +1) is pretty big. Making sure that there is a good progression as you upgrade your deck but not to the point where all your old cards are useless. Quite a fine line indeed!

Yeah, for sure. In my game, all weapons have the same base attack power (or double, for 2 handed), and that gets modified by attachments and stuff that improve, so that even your starting gear is useful for endgame.

I opted to go with a base of 100 instead of 10 for exactly this reason - it lets me have 10x more control over attack progression.

I'm pretty much even lower than Base 10. In fact, if you manage to reach a 20 in terms of weapon damage/ 25 for magic damage, that means you're doing pretty good.

Rootbound was a big inspiration for this project and it also is the project that sold me on using Time Fantasy tiles. Your characters do get above the expected stat curve too quickly for my tastes but the Deck System in Osagai means you need to work for those gains in fights rather than just being able to steamroll encounters. Fixed level up points also help shape the map and allow me to create a natural progression. You can always explore beyond your "reach" and you're incentivized to try but the challenges should be noteworthy until you meet the right level. 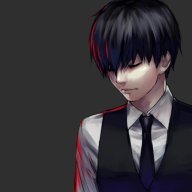 I love Time Fantasy and I like the idea of a card battle system. If you can sign up for a demo, put me down! I'm very excited to play this game.

AmazingKazuki said:
I love Time Fantasy and I like the idea of a card battle system. If you can sign up for a demo, put me down! I'm very excited to play this game.
Click to expand...

Demo's going to be released to everyone so just stay tuned right here. 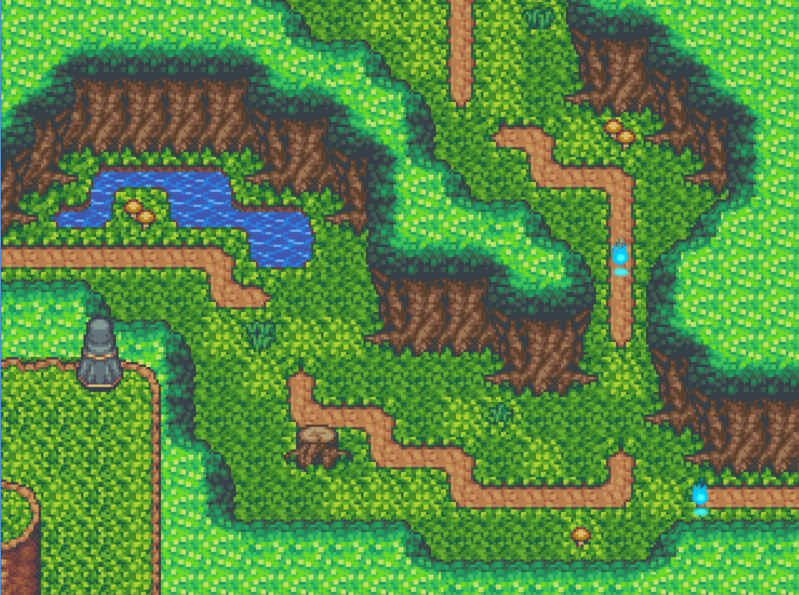 Currently working on fine tuning the 5th Overland Map out of 64. This is area F3 - Southern Grove.

The small ledge where the placeholder protagonist is standing is actually a spot you'll get to only much later in the game. Osagai has plenty of curtained off spots like that one that you'll have to find.
Last edited: Feb 2, 2019 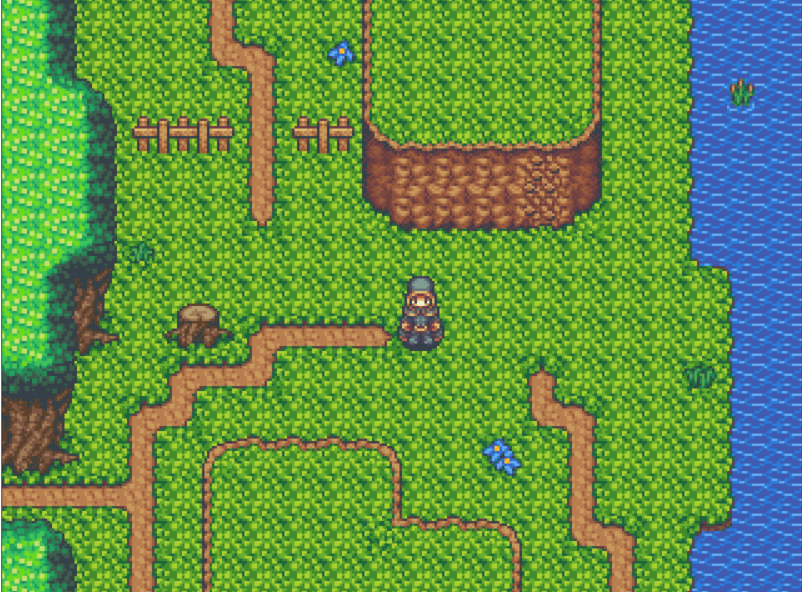 The multiple "cliff faces" can be climbed where the rocks show up and allow you to maneuver between maps at many different "heights". Essentially, you'll be able to move across maps but into different areas.

It gives a fun sense of exploration and makes you want to retrace your steps to eventually find all your missing cards.

Going to update some more lore soon, so stay posted!

I know the maps are quite bare, but I'm trying to keep them lean and clean for now, much like a Zelda map. Enemies will be present in these areas too so there will be that.

OSAGAI DESIGN 101
The following Spoiler contains plenty of useful information on Osagai's Design.
Each card type in Osagai was designed with a unique objective in mind. If you've skimmed through some games and threads before, you'll see a (thankfully) ever growing thread of games and devs focusing on making combat much more than just "Attack" and spamming the highest powered spell you have.

While there's nothing wrong with skill progression, Osagai attempts to eliminate a byproduct of usual level-based skills; Skill Bloat. Skill Bloat is what happens when your characters have so many skills that you end up just not using most of them.

Some of my favorite games have been on both sides of this issue. For example, Kelarly's Castle Oblivion/Feral Dreams/Passage of the Hollow Moon games have a typical "Gain a Level > Get Better Ability" progression and the correct call is to usually use the strongest ability until your MP runs out and then quaff an Ether. Typical JRPG fashion, and nothing truly wrong about that, but we can do a lot better.

Indrah's games, and particularly Rootbound which inspired Osagai immensely, takes a different approach. Characters have a small subset of skills and each skill does a very specific effect. Some aren't used as often but are there to provide alternative approaches. I appreciated the ability to customize the characters and there was no skill that I didn't use at least every so often. While certain skills were used more frequently, nothing felt useless.

When building Osagai, pencilcase27's script was the starting point. I'd found the script a long time ago and had blasted out a quick game proposal. I was originally going to go full on CCG themed and have a very MTG type game where you'd buy cards from boosters and etc. While this isn't that game, working with the script gave me plenty of new ideas that found their way here.

I mentioned that there are different card types in Osagai. To make it even more clear, each card type does something different than the others.


Weapons
​
Weapons are your "bread and butter" so to speak. If you were to imagine a classic RPG Maker game, Weapons would be your ability to spam the ATTACK option. You can use a single Weapons card each turn but it costs you no Ability Points to use. In true RPG fashion, your starting "Sword" cards are pretty low on the power level curve. But as where you'd usually be equipping better and better weapons on your character, in Osagai you will slowly replace Swords one at a time with weaponry that are only slightly better.

Sword itself simply deals damage equal to your attack. And throughout the game, you can decide to just use Swords. There's no penalty for it. But every weapon you'll find will always do slightly more than the basic Sword card.

Where it gets tricky is that every other Weapon is about equal to itself. You have Weapons which have an element (Fire, Ice, Storm, Light or Dark); a common staple among rpgs.

But then, most other Weapons have only a % chance of having an additional bonus. Some might inflict status effects, draw you a card, regain 1 AP, gain you some health, etc. All of that at a % chance and not a guaranteed hit.

While some players may balk at the idea of using abilities which do not automatically succeed (and curse at the RNG Gods while they're at it), that's not what Weapons are for. Weapons are there to allow you to push Damage every round with the added bonus of sometimes/usually doing a little bit more.


Spells​
When you 100% want something to happen, be it set your enemies ablaze or inflict virulent Wounds, you turn to Spells.

Spells are distinct from Weapons in that they will cost AP to use but are not limited to only once a turn.

Spells are used for the following purposes:
You juggle your Spells by managing your Ability Points (2 AP regained each turn up to a maximum of 10) and making sure to keep certain Marker states or conditions active.

Equipment cards cost AP to use just like Spells and you can only use a single Equipment each turn. Doing so counts as using your Weapon.

Equipment cards are strong. They usually do one or more of the following:
If you're wondering about Equipment redundancy, remember that you can still play other copies of a card to keep Basic Enhancements active and trigger non Unique abilities. Basic Equipments do not have a Unique Enhancement, allowing you to keep reapplying Basic Enhancements without worrying about losing your Unique ones.


Items
​
Item cards are exactly as items would be in an ordinary RPG.

They cost no AP and have no limit to the amount that can be played each turn.

Items can do all manner of effects, but they tend to be very minor. Furthermore, you can only have 1 copy of a unique item in a deck. Think of items as your Jack of all Trades. Versatile, not perfect and they'll help you in a pinch if your AP gets low.
Last edited: Feb 2, 2019

Taking a break from Osagai while I work on a new game for IGMC 2017! Be back in November! 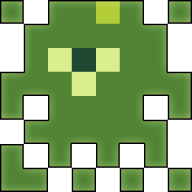 I love these assets... Where have I seen them before? This looks wonderful.

The assets are Time Fantasy tilesets.

I've decided to revamp Osagai with new tilesets (home made) and a slightly tweaked combat system more reminiscent of a deckbuilder than a ccg.

Look forward to some changes soon!

I didn't end up getting to make my own Tileset but I found one that will fit perfectly. Problem is, I'm going to need to do some serious photoshop work to scale it up right for RPG Maker MV.

Hopefully it works out, I'm a full year behind actually sharing anything. Lot of stuff in notebooks, but not a lot done in the engine! 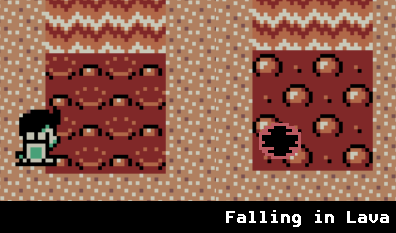 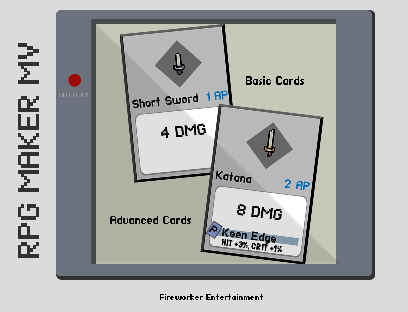 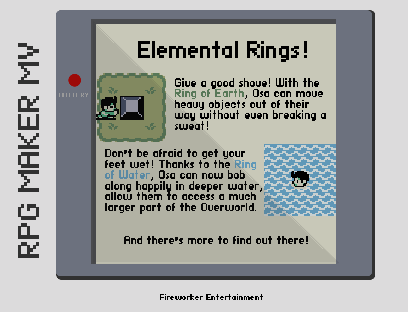 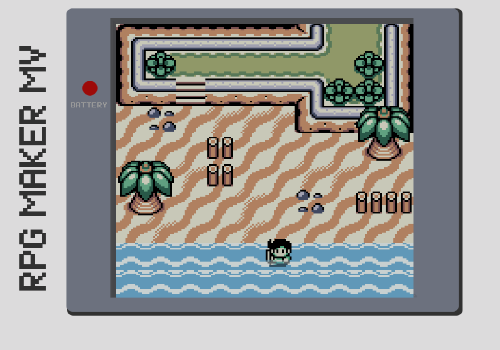 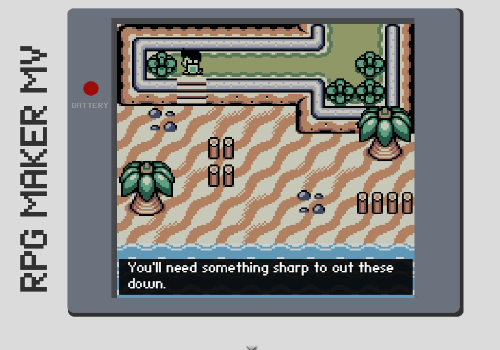 ​
Recent Progress and Updates
What's Next?
Other

​
Recent Progress and Updates​
What's Next?​