This script allows you to create "overlay maps" on top of each other. In other words, map layering.

Overlay maps allow you to create much more visually attractive maps since you now have control over different "layers", though you are unable to walk from one layer to another. For now anyways.

Get it at Hime Works

For overlay map zooming, get this add-on script.

Here are some tutorials that may be interesting

Description
An overlay map is just another map, except it is drawn over your current map.

The overlay map comes with the following properties

You can have an unlimited number of overlay maps, but note that having many map overlays will cause a significant drop in performance.
Usage

Create your maps as usual, taking into consideration how you want to layer them.

You might separate your maps into "floor" and "ceiling" or "floor, walls, ceiling", depending on how you like to organize things.

Note that because maps and overlay maps cannot interact with each other, all events on each overlay map are effectively bound to their own overlay map.

There are two types of note-tags: compact, and extended. The compact note-tag is short and easy to type, but the extended note-tag is probably better for organization.

Note that because maps and overlay maps cannot interact with each other, all events on each overlay map are effectively bound to their own overlay map.

To assign overlay maps to a map, tag the map with either

If it is negative, then it will be drawn under.

If it is positive, then it will be drawn over.

If it is not specified, then it assumes to be over, in the order that the

ox and oy determine the offset of the origin. By default, the map's origin

The x-value specifies the horizontal offset. Positive values shift it to the

right, while negative values shift it to the left.

The y-value specifies the vertical offset. Positive values shift it down,

while negative values shift it up.

The scroll rate specifies how fast the overlay map scrolls per step taken.

The default scroll rate is 32, which means it will scroll

32 pixels per move, or basically one tile. Higher scroll rates mean the

overlay map will scroll faster for each step you take, while slower scroll

rates results in less scrolling for each step you take.

Sync specifies whether the overlay map is synchronized with the current

map. This means that any screen effects such as shaking or weather will affect

the overlay map as well.

script. Refer to that script for more details.

The opacity value specifies the opacity of the overlay map.

You can have multiple overlay maps by simply adding more tags. Note that the order they are drawn depends on the order you tag them.
Last edited by a moderator: Mar 27, 2015


Awesome work on this and really awesome way to make layers. I wouldn't even had thought of using different maps.

Seriously fantastic. I can't believe you make this many scripts at such a fast rate, and all are consistently efficient and useful.


I have long thought it would be great to be able to overlay maps on top of each other to get around Ace's layering limitation, but it hurt too much to think about actually doing it

I have implemented layer ordering.

In the note-tag, you can specify a second number to indicate the order that they should be layered.

The current map is given an order of 0.

Also note that because event locations may have changed during the game, it is especially important to be able to synchronize different maps together, otherwise you will end up with consistency issues. By re-using maps, you avoid running into this issue altogether.
Last edited by a moderator: Mar 15, 2013

Well, this proves it. Tsukihime is... This is a really, really great feature you whipped up. Really wonderful work!

I have identified a bug where the character sprites drawn on the overlay maps are moving with the screen if your screen is sufficiently large (eg: bigger than 13x17)


Actually the past 3 scripts involving sprites and maps I've been running into the same issue.


Anyone know why this happens? Sometimes it's solved by just updating ox and oy to the player's current screen location but I can't get anything this time.
Last edited by a moderator: Mar 15, 2013

I recently fiddled around with sprites and was drawing them only to screen_x and screen_y, which worked fine until I tested it on a larger map.


I needed to use $game_map.display_y and $game_map.height to determine where to draw the sprite. Don't know if it's the same thing you're doing (or if it's the best way to do it haha), but maybe looking into those will help.
Last edited by a moderator: Mar 15, 2013

I don't understand why commenting out those adjustments worked. No clue at all...

I have updated the demo as well to demonstrate how layer ordering works, how to re-use layers, and also how to transfer between layers.

I would also like some members to do some tutorials using this script to demonstrate the kinds of mapping power you have.

For example, the following was done with just two maps:

Currently on map 1, using map 2 as the overlay map above current map. You can see the events from map 2.

Now on map 2, using map 1 as the overlay map below current map. You can see the events from map 1.

If you use scripts like Shaz's remember position, the position of the events on the overlay maps are also memorized.

Because the editor does not allow you to load up two maps in the same window, it might be difficult to do the layers. My advice would be to take a picture of your map and then set that as the parallax in the editor (with it showing in editor) so that you can use it as a reference.

Note that my map screenshot script does not support the overlay maps yet, so if you take a mapshot of your final rendered map, it will only capture one layer. I will update this in the future. If you really need to take a picture of your layered map, you can use omega7's map saver script.

Something else that I thought was cool: overlay maps that scrolled faster or slower than the current map's scrolling. This allows you to create depth perception, since "farther" objects should move at a slower rate than "closer" objects. I will explore this idea and see how I can use the layer order to create depth. Maybe blurring the overlay might be useful as well...
Last edited by a moderator: Mar 15, 2013

This is so welcome, it opens up all sorts of possibilities.  Could you confirm that it is compatible with Yanfly's Ace Core Engine?

I would prefer if you could check that since you probably already have yanfly's scripts set up for your project.


You can use the maps in the demo.


For the demo, just copy a system folder from any project. I didn't include the dll cause everyone that's developing in Ace should have one and these demos aren't really made for anyone that doesn't have RM. Plus it saves a MB for those with slow connections or limited bandwidth.
Last edited by a moderator: Mar 15, 2013

That's interesting I thought RTP ships with both 300 and 301.


Anyways I've updated the demo to include the dll, but now it's 1 MB.

Actually since posting, I went through other demos I've downloaded, and found one with 300 and copied it from there.  Now working. Perhaps putting the dll on a separate d/l for those who don't have the 300 version? That way, those who've got it needn't bother.

I have implemented a feature called "scroll rate" for overlay maps.

The scroll rate allows you to control how many pixels will be scrolled, for each move that you make.

To specify a scroll rate, you enter a third number for the note-tag

Similarly, if you have a slower scroll rate, your overlap map will shift slower than your current map.

Here's an example where I am on a sky island above a sky city. The overlay map is the city below, and it is scrolling much slower than the island

For every step that I take, the city scrolls only 8 pixels, or 1/4 the scroll rate of the current map.

It provides a unique map traveling experience, when one layer is moving at a different rate from another layer.

Here is an animated example:

Read this tutorial to see the above example in action

One issue that will likely appear is tile map looping.

When a smaller map is combined with a larger map, the smaller map will loop. And you don't really have much control over where it will be drawn.

Overlay offsets have been implemented.

In addition to the scroll rate and layer order, you can specify an ox and oy to determine where the origin of the overlay map should be.

I have determined that offset is more important than scroll rate, and so have changed the order of the arguments in the note-tag

It is in tile coordinates, where (x=0,y=0) is the upper-left corner of the map.

This just keeps getting better and better! 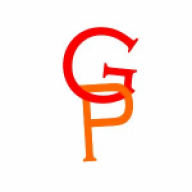 Nevermind me, I'll just cast shadows on your walls

I think I see a minor graphical bug. I'm not sure, but the guy at the bottom of your castle:

I think the top of his head is behind the wall...

Oh, I didn't notice that.


Yes you're right, the sprites on lower layers will be covered by anything on higher layers.


This will actually become a bigger issue because if you have larger sprites, the effect becomes more obvious. Some devs here may already be familiar with it since they are using larger sprites that have their heads cut off by trees.


The problem is due to layering: any characters on the bottom layer will be drawn under the top layer. Even if it is a wall.


I am not sure how to deal with the problem. The easiest way to resolve it in this case is to make sure that the wall behind him (or, in the 2D map, above him) is on the same layer.

But you can see another issue: the walls.


The wall is drawn on two separate layers, and the auto-tiles do not know this, so you will get some strange looking walls.


Not only that, you won't be able to walk "behind" the wall if you put them on the same layer. So if you wanted to have windows looking out? Can't be done.
Last edited by a moderator: Mar 17, 2013
You must log in or register to reply here.
Share:
Facebook Twitter Reddit Pinterest Tumblr WhatsApp Email Link