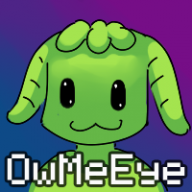 didn't comment for one day, but videos keep being uploaded, so
i bring you geiken 11 and 12, as well as there's more Umbral soul on my channel for those interested

Had a bit of a slowdown due to easter and feeling tired, as well as having some irl things to worry about. But here's an update with Geiken 13 and 14, and there's two more videos of Umbral on my youtube for those interested ^_^

Escape from the forest, but thou must!
Exploring some desert and then onwards to the city of vampires. I shall be lost without much direction in the next part, but that part is yet to be uploaded tomorrow.

As I continue further into part 16 and 17 of geiken, certain problems become clearer to me. As I keep playing, the maps are getting larger and more maze-y, while directions and explanations are getting rarer and less robust, which leads to a lot of walking around without a sense of direction, stumbling and lost. 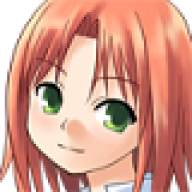 Hey, are you still looking for more games to LP? If so, would you be interested in my game, Casia? It's a really long game since it's open world, but if you'd rather do a shorter one, I also have a prequel game to Casia, And We All Lost, which is only about one hour long and n require the other game to understand.

Link to Casia is in my signature, if you're interested. For the other one, it's available here: https://rpgmaker.net/games/7279/

Casia said:
Hey, are you still looking for more games to LP? If so, would you be interested in my game, Casia? It's a really long game since it's open world, but if you'd rather do a shorter one, I also have a prequel game to Casia, And We All Lost, which is only about one hour long and n require the other game to understand.

Link to Casia is in my signature, if you're interested. For the other one, it's available here: https://rpgmaker.net/games/7279/
Click to expand...

I gave Casia a try (5 hours of it in fact), but I didn't enjoy it much and I'm not sure if I should upload the recording of it at all. I feel, that, while there was a lot of work put into this game, it suffers from some major issues. I had some issues with the writing, especially in the intro, but this didn't bother me too much. The main issue, is that the game is extremely grindy and slow (and the grinding doesn't feel rewarding either), and I would say not very well balanced. The fact that I can be attacked randomly by a thief and loose all my money which took me half a hour to grind was extremely frustrating.

The save points are spread pretty far from each other, so I either have to go back every time and waste a bunch of time on backtracking (to save or store my money in the bank every few minutes, effectively doubling my play time and filing it with a very tedious and boring activity) or I loose my gold and so my time is wasted either way. Loosing 30 min of my life by having my gold stolen or by being killed is not fun and feels like the game doesn't respect my time as a player.

Similarly, some monsters near the starting city one hit kill me without any real indication which would make it clear to me. For example I got one hit killed by a scorpion on the beach one time, which mean that I lost another 20 min or so of grinding. It's not very fun when that happens, just makes me very frustrated and feels like the game doesn't respect my time.

The slow grind through dozens after dozens of bees isn't helped by rpg maker xp's battle/stat system (which I always disliked), which was made in such a weird way that characters can only have any attack if they equip a weapon, which makes leveling 2x less useful and makes it into a slower grind (you can only increase your attack or defense by items, rather than by leveling up).

I also had an issue with exploring the town, initially i spent like a hour not knowing that the town extends either down or left, I think because it's kind of hard to see. It is indicated, which i noticed once I figured it out, it took me a while so to speak...

Then I checked the south part and found a church. Given my constant frustration and irritation at having my gold stolen and my time wasted I got super pissed off when the church stole 100 of my gold, I ended up screaming at the screen and I loaded the game ( and I guess that's why I forgot to check the west side of the city )

I spent 3 hours not even knowing there was a west segment in the village/town... (also, the exits from the areas are really hard to notice, even harder when I'm playing in window mode, which I am for the recording ) then I glanced at someone's else let's play and so I made another video to check this out, feeling stupid about myself. Then I managed to proceed further, fixed the boat, visited another city, got stolen from and got killed again in the wilderness, which really irritated me... (kept forgetting to put my money in the bank, then i get it stolen, then 15 minutes of my playing time wasted again... :/) I completely by accident found the magician in the mountain cave. Then I traveled back, meet the nun, by some miracle didn't die from the litch even though it felt hopeless.

I also barely noticed the north exit by the chuch, did I mention how the exits from the map areas are sometimes really hard to notice...? Btw every time I use a potion in the game I feel like I wasted 5 minutes of my life, because how little money I get and how much the potions cost me in comparison.... which is again, not fun. Then I got my own ship which... i found out travels so ridiculously slow I just, it's like the game wants to waste my time even more. So, overall, I didn't enjoy playing this much, and I ended up complaining constantly. I think videos like that aren't very fun to watch.

I also got killed a couple of times after lengthy segments of grinding or traveling by the stupid mimics, that was extremely frustrating and made me scream at the screen lol. Both the mimics and the random thiefs were easily the most frustrating element of this game. Cannot escape mimics so they kill me, and the thiefs steal hundreds of my gold and then escape from the battle screen so i can't get the gold back. I really didn't like those two features.

Geiken suffers from a similar issue which is why it's been starting to frustrate me although it's more so later on after 15 hours of playing it. Geiken also doesn't respect my time as a player, but not due to frustrating battles (geiken's battles are fine), but due to insanely long segments of maze-like maps without much content to fill it up, and a lot of backtracking. I'm starting to feel like I can't play that game without a detailed guide/faq, and I'm not sure if this is how I want to play games.

Speaking of grinding, I like grinding, but grinding has to be done right to be fun. The other game which I keep playing on my channel, Umbral Soul, it does grinding in a really enjoyable way. I spent like an hour grinding bees in that game, and I never felt frustrated or like my time was wasted, because it rewards me in multitude of ways, let's me save whenever, and never steals my efforts afterwards. That game respects the player's time, and I like when games do that. Even if I grind in that game, I never loose my progress afterwards, and I always feel rewarded for my time.

Your game felt to me a bit like playing and mmorpg even, but without the fun social part of engaging with other people, and also, I never loose any progress from grinding in mmorpg's (most of them), because you don't drop your gold or loose your exp or get your gold stolen in mmorpgs (except some rare ones). But in your game this was happening to me constantly, and I found it to be very frustrating.


As a reviewer, I have to say, that out of the 4 games presented to me in this tread (geiken, the root of all evil, BETA, and your game), only Millenin's game BETA didn't suffer from any related issues. That said, I may not be very easy to please, because I have played hundreds of this sort of games in the past, and some were very good, so maybe my expectations are too high.
Or rather, there was one segment near the end of BETA which had this issue, but I solved it with the attached guide. (a very long segment of a cave-doors maze)

I don't know if this response will be helpful to you, and of course people's mileage may vary. I've been more happy to waste my time on repetitious stuff in the past, but modern games spoil you with more care for your playing time (often too much even). Nowadays, if I grind myself and suffer through a bunch of overpowered monsters only to find some kind of tiny reward, a chest... and then that chest turns out to be a mimic and kills me, do you know how very not-fun that is to me? Very not fun. That kind of design is almost like I Wanna Be The Guy kind of design, and that's not the kind of game I like to play. The Root of All Evil which was played earlier in this thread did this exact same mimic thing to me (although only 1 time), and I did not enjoy that there either.
Last edited: Apr 27, 2017

I would love to have you try out my game!
I can assure you, it's been meticulously balanced and play-tested (by 15+ people) and SHOULD be 99% bug-free!
The current version up has about 7-8 hours of gameplay and 3 difficulties (I'd suggest normal, because I haven't gotten around to completely balancing hard mode yet). 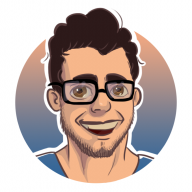 Hey! Did you stop making videos? 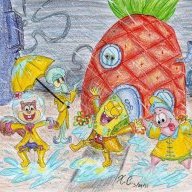 Are you still looking for games? If you are, I’d be happy if you tried out my (very weird and basic) Fan game. Since the gameplay is pretty basic, you shouldn’t have many problems with it but that doesn’t mean the game isn’t challenging. So if you do play the, be warned of the game’s difficulty!: https://gamejolt.com/games/spongebound-the-attack-of-giygas/386085
You must log in or register to reply here.
Share:
Facebook Twitter Reddit Pinterest Tumblr WhatsApp Email Link

PixeLockeT
Swapped back to my original meds, but the flippity floppity has me reeling. T ^T I have game making and song collabs to do, hurry up, health. lol
Today at 7:48 AM •••

The Mighty Palm
It took me 6 retries to get the color of Yoshi I wanted. 30 mins of recording. 30 mins of voice work. Probably another 20 mins of waiting in between takes. But finally I got him...
Today at 7:08 AM •••

Mordridakon
I bought a 2 week emergency food supply. And people are already making fun of me I'll be fed for a bit while they go hungry when food supplies get cut(for whatever reason).
Today at 3:54 AM •••