Paradox of Creation (aka Proof of Concept) 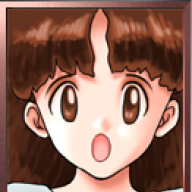 Good morning/afternoon/evening, depending on your location, timezone, and relative direction from the sun.


This is something that I put together mostly to see if I could, and as such, I'm looking for any and all feedback on this particular game.  The premise is something akin to "What if I took


Pokemon...and removed the Pokemon?"  What you have here is a fantasy RPG but with the type system and the four-attack system that Pokemon is known for.  This is not a Pokemon game, and I might be repeating that throughout the synopsis.  You will not be a young trainer out scouring for creatures to add to your collection.  You will not be battling the gym leaders, and there are no Elite Four.


What you will have is the world of Sherranth, which has been decimated by something.  What is it?  We don't know.  All the character knows is that his inn, your inn, has somehow escaped disaster.  Your six tenants from all walks of life are there with you as well, and months have passed since The Break occurred, leaving your inn, once the center of a small town, now in a valley, cliffsides surrounding you.  Things might be bearable, but you're running out of food, and out of wood to burn for the fires.  The trees in the area have all been forested, and beyond the safety of the inn, it is not safe.


You must convince the tenants of your inn to strike out into the unknown to find not only wood and food, but also some information about just what has happened to this world.


Roughly two hours of playtime, this little 'story' is completed.  It's mostly just a curious look at what can be accomplished with a little creative thought and some heavy script modification from an already established source.

The Innkeeper:  Played by you, you are the sole non-combatant.  Named Trevor by default, this intrepid young man has to help his tenants however possible so they can all survive.

Allen: Rough and uncouth, Allen had worked as a prison guard for quite some time.  He excelled at forcing people to talk, even when they really didn't want to.  In a word, cruel.

Starla: A musician who happened to be staying when things collapsed.  Aspires to be a singer but doesn't quite have the talent.

Drake: A fisherman who lost the catch of his life.  Slightly misogynistic, he tries to atone for his failure, but has mostly only managed to drink himself into a stupor.

Felicia:  She and her cat Valiz had lived off the land for quite some time before The Break, but now, survival necessitates staying still...something she can only barely tolerate.

Anya: A traveling fortune teller, she follows what her cards read to her, no matter how outlandish or debillitating.

Otto: A gravedigger, Otto is by far the eldest of those staying, but his off-putting demeanor tends to make the others a little wary.  The innkeeper put him in charge of the bar.

Your inn.  Characters with important things to say have little exclamation points!

Learn about your enemies after you beat them!

Speak to your compatriots at campsites to see what their lives were before, and what they might be now.

Again, this is not a pokemon game, so do not be expecting to simply 'start again' if you lose a battle!

The Typechart for your enemies.


Maruno and others for the Pokemon Essentials engine.


Squaresoft for the FF3 sprites and tilesets


Eric Skiff and Producer Snafu for the music

RivalRamen_Games jacobv1014 RivalRamen_Games wrote on jacobv1014's profile.
I really like your profile picture! Who is that in it? is she an OC?
7 minutes ago •••
DawoleQ
Making his first game
Today at 7:40 PM •••