Parallax Mapping: Crashes because of pixi.js 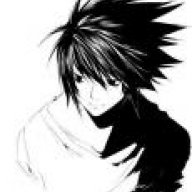 Hello makers,
I have a problem with game crashes when my game loads the pictures I need for my "parallaxmaps".

A week ago I started to use this technique for my maps and it looked beautiful so I began to rework all my maps.

I use these following plugins for my maps:

What I do is that I take a mapshot with the OrangeMapshot plugin by Hudell and edit it in Photoshop.
Then I save 3 images of the basic map layer.

The overlay layer for textures above the characters.

And finally the shadow layer.

Then create an event with these pictures being shown and delete the event.

But I still use the normal map for the collisions 'n stuff.

I tested out some maps and after about 3 maptransfers (not even different maps)
At first it appeared to be a memory overflow error with these tons of images being loaded into the cache but then I don't understand the error message.
I use the PreloadManager because I don't want these 5 or 10 frames delay in which the images don't show up and it should have something to do with the loading as not even the loading screen shows up.

This is the error message I was able to take before it disappeared because of the crash.

Do this happen on a new project without plugins?

Yes, it crashed but you're halfway right. The plugins are not the source of the problem themselves.

I did some tests on the amount of events and found out that it should be a memory overflow error. The crashes are depending on how many events or more likely the processes are loaded.

I closed all processes in the background and everything worked just fine.

So it seems to be a performance issue within the game as my rig works perfectly smooth with 16GB RAM.

But I'll figure it out somehow.

Thanks for your reply Victor Sant.

The plugins COULD be the source of the problem, if they are trying to do something without taking into account that the image may not be loaded yet.


What size (pixels or tiles) are your images? If they're very big, it will take a long time to load them, and it will use up a lot of memory. If you do this over several maps, you might find my cache clearing plugin handy.

Now that you mention it this sounds so obvious.

The crashes are more likely when it's trying to load bigger maps.

I didn't know there is a plugin for this.

I already tried to set the PreloadManager to the top of the plugin list. But the essential .js files like rpg_manager.js have a higher priority than plugins and load the map before the resources are ready. Ok. Understood.

Thank you! I'll try out your plugin!