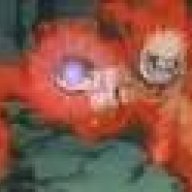 I was working in a particular project when suddenly.. I thought of an idea

About NPCs talking to each other.

Well normally we use "Stepping Animation" to make them look like talking.

the player walks by, he will see that the two NPCs are talking.

With the use of Parallel Process, I have to use Looping so that their talking will not stop and will continue to look

like they're talking until the player talks (action button) to the NPC.


[IMG]http://i89.photobucket.com/albums/k223/dahilig007/Capture2_zpsa4279ebe.jpg[/IMG]
Now the problem is, the NPC's "Stepping Animation" is on loop. I can't seem to break it by using action button to both of them. They just don't stop the loop of "Stepping animation".

Now I was wondering how to Break the Loop or the Parallel Process when I used the Action button on them (talked to them).

Thank you guys in advance. I appreciate every answer m(_ _)m

I think you can use the Autonomous movement for what you're trying to do- it has it's own loop setting. That way, it won't interrupt the flow of events as well as not being able to plug up whatever you're doing.

Solomon said:
I think you can use the Autonomous movement for what you're trying to do- it has it's own loop setting. That way, it won't interrupt the flow of events as well as not being able to plug up whatever you're doing.
Click to expand...

Now I get it!! thanks to you Solomon!!

All I did was change the "Autonomous movement" to "custom" and edited it's route, making it "Stepping animation". Then changed the Trigger to "Action Button" so it will display the text when I talked to them!!

dragoonwys
SIGH its so hard to convince my friend that making a game for fun and making one to sell takes different planning. I don't care about weird bothersome ways of doing things in a game made for fun, but when you are planning to market it, there is some stuff that you just have to streamline or cut out.
Today at 4:11 PM •••