Story: You wake up from a coma after an unknown incident , but shortly you fall again and the game takes place's in the coma, as the player tries to make up a story of what happened! Because there is no full story, there are sentences. And from that the player tries to make out the story! Every Person Will Think Of A Different Story! I PROMISE!!! And that is the whole P.T!


Of course this is a prequel for the full game that should be released late 2017!!! It is a big project, but the development time has come to give player a taste of what story will be in the full game!


Of course the main game will not be Make-it-up! That will be full story, with chapters and stuff!


So... Play the game and give me feedback, and of course your story


And maybe tell me if you are exited for the full game, from this P.T?

So? Whats your story? 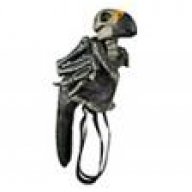 Hey dude. Haven't tried your game, just wanted to give you a heads up on a couple of typos. I think most people cringe at them, so spell checking is essential when making a game. You're writing dammaged when it's supposed to be damaged and acctually when it should be actually.

Other than that, I think your maps are a little too empty. Maybe that's what you're going for, but they seem a bit too big for what's in them. It fails to grab attention, know what I mean?

Good luck with your project.

Moving this to development.

Zombie parrot, yes my maps r empy for a point that it would be clear to only get what you need. Other than that what story did you made up? (If you played it)

Cmon, someone! Try it!

leenat40, please do not bump your topic unless it has been 72 hours later since your last post. You can review our forum rules here. Thank you.


That said, it can usually take people a lot more than three days before they have time to test someone else game, especially if the screenshots don't look interesting.
Last edited by a moderator: Jan 7, 2016 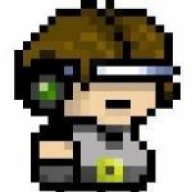 I got to the wide open area where I assume you want the flowers to tell bits of the story. The map was so huge and empty, and having no idea which flower to start with or which to go to next, the bits of story I got from the flowers didn't make any sense. The flowers are spread so far apart, and not being sure which one to start on, and which to go to next, I gave up pretty quickly. I had no incentive to try to figure it out, and most of my time was spent holding down the mouse to walk across vast amounts of grass.

The cursing deceptive doctor guy kind of surprised me, so that was cool.

Other than that, I felt more boredom and confusion than anything else.

Yes, there is no way knowing where to start.. It is kind of like her story, you dont know where it end's, and where it starts...

And the doctor has more secrets than you think...  But of course you need to look for it....

And you should start from the: I left the facility, and end in the ending.

So, what story did you think of?

Well haven't played it and I hate giving criticism since several instances.

So before I do.... please you don't have to do what I tell you....
In fact you dont have to read it at all if you dont want to.


It's just that well... your maps are rather sparse from what I see here in the screenshots.

Now one thing is you don't even have any sort of unique features in any of the above maps..

Here I spruced up an example village of clutter I am a bit rusty on mapping so it's not per-say the best thing but it gives you an idea of what I am talking about.
[IMG]http://i.imgur.com/XULSlCo.png[/IMG]


I think I could've added a few more trees/flowers... but whats done is done.

Another thing to note is having a theme for your areas.

Ex Water City, desert plains, dried city, bumpy path.... plains are a very hard thing to do and I strongly suggested to stay away from plain plains...

an example I could dig out for theme was

Well that's about all I can teach you off text, but there is a game and mapping screenshots topic great for continued feedback on improving your maps.  Other than surf the web for ideas and seeing the real thing can help! There are some great examples of maps out there on google somewhere you just gotta take a good look and choose the right words.

Best of luck on your project, I like the idea of choice within the game it's kinda like skyrim.

Walldeaf
Today the 2nd part of the RPGMakergame "A Thief's voyage" came out.

hashtagNight
love it when you forget to put a certain thing in the movement route and suddenly a character starts spinning at 10000 rpm
Yesterday at 10:07 PM •••

RachelTheSeeker
I'm sorry. I have a bad feeling I've been manic the past couple of days. Antidepressants have only been making things worse somehow -- too drowsy to function, followed by insomnia. Why not making me go crazy to boot?
Yesterday at 9:48 PM •••