Partners for a Cyberpunk game! 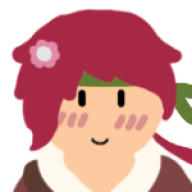 ~Spirit Dancer: Humanity Falls~​
[RPG Maker VX Ace]​
​
So...I haven't actually posted anything on this site before, but I figured I might as well begin by requesting partners for a game I've been working on. It is still VERY early in development so there's a lot to work with!

I'm not asking for artists or composers or anything like that, though people who have those skills would definitely be welcome to come aboard B-)
What I'm asking for are people who are willing to build a world and build a story with me, so I'm not asking anybody to just do one thing in particular. If you feel like you're up to it, throw in ideas for the story, combat system, interface, what have you.

This is what I have planned so far:

Ana Rosenfeld: Ana used to be a fun, carefree, and energetic girl until the death of her closest friend shook her so badly that she's practically been reduced to an empty shell of a human being; part of the game will be her regaining her humanity as she meets new people. Her friend was Autumn Langston, whom she'd grown up with all her years. As they grew closer over time, her platonic love for her slowly transitioned into a romantic one but what was too afraid to express her feelings on the basis of gender. In the end, she never got to say what she wanted as Autumn was killed in an accident a week before her planned reveal.

Elena "Cinder" Hoscott: Elena, preferring to go by her net handle, 'Cinder,' is a sarcastic, spunky sort of character who's heavily into the rock/punk scene and has a lively but sometimes bitter personality. She lived a fairly normal life as hacker and programmer until one day, she realized that during a particularly difficult hacking stint, she'd accidentally transferred money from a notorious criminal organization who immediately traced back the virtual theft and was then forced to flee the city, at least for some time.

Elijah Raide and Nia Ensley: Elijah is a retired war veteran who quickly picked up work again as a mercenary and contract killer, doing jobs for gangs and corporations alike. Outside of work, he lived a fairly quiet and peaceful life, usually playing outside with the young daughter of his nextdoor neighbor, Nia Ensley, in his free time. One day he returned home to discover that his nextdoor neighbors had been shot to death by gang member who were looking to repossess illegally modified cyberware that had been lent to them, save for the daughter who was held as collateral since they weren't able to locate all of the contraband. Unfamiliar with Elijah, they assumed that he was another relative of hers and demanded that he return the goods. Instead, he single-handedly crushed the gang and rescued Nia, taking the girl under his own wing after he finds out that she doesn't have any other relatives she can turn to. Elijah took her in not only as his adopted daughter, but also as an apprentice in training.

The story begins when Elijah is beginning to cut off all ties with gangs that he's worked with because he didn't want Nia to find out that he had worked with them before. Most of them are aware of his reputation so they agree without much trouble - However, one particular gang doesn't like that idea and only agree to let him off if they complete one last contract: Kill Cinder.

Under normal circumstances, Elijah would've declined their demands since he can handle himself, but was too worried about Nia's safety to do so and accepted the offer...

...As Cinder realizes her mistake, she temporarily flees town and runs off into the Ruined City to live off the grid for some time, an abandoned war-torn town rampant with overgrowth and aggressive wildlife. There, she meets Ana, who explains that she came to the Ruined City because Autumn used to take her there all the time as kids to play, Cinder goes with the flow and explains her own situation, surprised when Ana ends up offering to help her out.

This is where the story begins.

I'm trying to avoid random battles, replacing it with enemies who at first move around slowly and randomly and then sprint at you when they spot you, triggering a battle from any number of troops. The 'Guard' skill has been replaced with 'Tactics,' each Tactics skill giving the player a benefit for a number of turns; for example, the Take Cover skill will increase your evasion and defense rate while the Sniper skill (only usable if you have a rifle equipped) will set your target rate to zero and unlocks rifle abilities that can only be used while sniping and the Gap Closer skill (only usable if you have a melee weapon equipped) decreases your evasion but increases your counter, hit, and critical rate. Gun skills require ammo, which can be bought for cheap or found, and use cooldowns while melee weapons utilize the TP system instead. Also planning on implementing ways of defeating enemies without entering battle in some cases.

Hacking will also involve battling enemies, but you must equip weapon 'scripts' instead of actual weapons, which essentially adds weapon skills while maintaining some semblance of realism, as well as opening up weapons and abilities that you can't use outside of VR, like spears and magic spells. Hacking certain nodes may call you into a card game called Netstryke, which represents different programs facing off against each other; the minigame is very simple and easy to learn, as well as mildly addicting to play. The card monsters used will be the same monsters that you will be fighting in virtual reality.

Lots of skills are synergistic or use combos; for example, the sweep skill (which inflitcs the 'downed' state) chains into the stomp skill, which deals massive damage if the enemy is downed but does nothing if they aren't. Inflicting slow by using a certain club skill may open up the next party member in line to use 'disarm' which prevents slowed enemies from using weapon skills for a period of time and so on.

So...yeah, I hope some of you may be interested and whatnots :v

A lot of stuff is in place, but there is so much more of the world, story, and lore to create so if anyone's interested, do let me know.
Last edited by a moderator: Feb 15, 2014

Oh my, are those Thalzon's battlers? The style is very distinctive

I'm also admiring the maps because they are carefully controlled although I am squinting at the hole on the roof(?) of that nighttime screenshot. I am also intrigued by that graveyard screenshot. I also really like how you described the combat system - pity I'm still learning the engine

Glad you're showing interest even if you're still getting used to ace :v

And yeah, gonna be using battlers by Thalzon, Qut, and Mazeran since they make neat stuff
Last edited by a moderator: Jan 26, 2014

Indeed! I was gonna make a game using purely Thalzon's battlers one day, because really, I've stared at an entire folder of this man's battlers one after another thinking, this dude was smoking something STRONG. And second thought, I have to use these somehow ;D