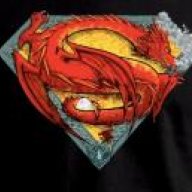 Dragon Master (yes, I am a DM

I could use some help in creating an event.

In this case, a full party consists of 4 actors.  So how do I make an event that will allow me to swap one out and leave the live one in the new character's place?

The basic idea is, I'm making a recruitment booth with 4 new characters to choose from.  I'm afraid that once a swap is made, that the character from the party will be lost when the new character joins.

How would I create a character swap event where I could dismiss a character from the party and be able to get that character back at a later time? (I hope this made sense)

you have to use conditional branches to check wether one of the actors is in the party or not, and depending on the result you can either remove or add that actor to the party.


In the "change party member" command you have the option to initialize on adding - if you do this, then the actor is initialized with the starting values from the database, if not then the actor will retain all previous data (usually gained by having been a party member a while back)

Dragon Master (yes, I am a DM

First of all, Thanks for the quick answer.

What I am having trouble with is how to get the character that was traded out (or dismissed) back again later in the game.  I would think a visual representation that the party could interact with would be needed, or once dismissed would be lost.

Tiamat5774 said:
What I am having trouble with is how to get the character that was traded out (or dismissed) back again later in the game.  I would think a visual representation that the party could interact with would be needed, or once dismissed would be lost.
Click to expand...

The number of actors you have is limited, and for each actor you can check if that actor is in the party (=>can be dismissed) or not (=>can be hired).
If you want something like a guild bord you can simply check this for all possible actors and list their options.


If you want to make something like a guold room, then make one event with two pages for each actor. first page picture of actor and offer to join, no conditions (page for actor can be hired if talked to). second page no picture, condition "actor" existst (=is in party) and priority above player.
You must log in or register to reply here.
Share:
Facebook Twitter Reddit Pinterest Tumblr WhatsApp Email Share Link