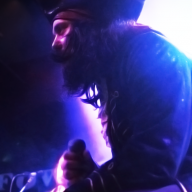 Ahoy guys! Hey I'm just wonderin has anyone thought of creating a password system that correlates to the players level and items that they can type into a sequel and start with everything they finished the last game with?

I'm about to release a game in 2 parts and have heard that transfering saves to a new build can be bug central so I thought of this as a possible solution. So basically I'd like people to finish chapter 1, be supplied with a password and then when they start chapter 2 be asked to enter said password. Starting the next chapter with the level and every item they ended the last one. Guess a possible downside is we could be dealing with a bloomin long password here, but even if it was just key items and level thatd be great!

Much obliged for any help, scripts or even peg-legged steps in the right direction with this!

I've moved this thread to Script Requests. Please be sure to post your threads in the correct forum next time. Thank you.

Would it not be simpler just to allow the player to load up from their save file? As it is you will need something that can take every character's level (unless it is a single character game, of course), and a variable for every item, every weapon, every piece of armour. What about gold? Is there any permanent stat boost they can get - in which case level alone will not be enough. And so on.

Kes said:
Would it not be simpler just to allow the player to load up from their save file? As it is you will need something that can take every character's level (unless it is a single character game, of course), and a variable for every item, every weapon, every piece of armour. What about gold? Is there any permanent stat boost they can get - in which case level alone will not be enough. And so on.
Click to expand...

Aye, it would be but from my understanding if you touch the database inbetween the two parts then you're more than certain to have yer game be bugged out and insane. Hence why I be considering other ways to do it. I hadnt thought about stat boosts though, thats something to consider if this password script does pop up. Could strip any stat boosts from chapter one for now if so

captainhellfireband said:
have heard that transfering saves to a new build can be bug central
Click to expand...

Only if it wasn't planned for and wasn't executed carefully.


captainhellfireband said:
if you touch the database inbetween the two parts then you're more than certain to have yer game be bugged out and insane
Click to expand...

You just need to consider the impacts BEFORE you touch the database.

You can either leave the existing database as-is so you don't cause problems, and just add new entries for your new stuff, or you pretty much scrap the old database, using only the things that are going to come across and the new stuff you add, and create a "conversion" event to put everything where it needs to be.


Your "password" method would require just as much work to implement, and would not be reliable - the password would be very lengthy and a pain to have to key in, lots of possibility for typing errors, players could share passwords so someone could "continue" a game when they'd never finished the first one, and players could simply guess at passwords, at best giving them stuff they never obtained in the first place, and at worst breaking the game much worse than bringing over an old save file.

you're missing the biggest problem here: deciding what data is to be transferred and what not.

Keeping the database identical (only adding in the second part but retaining everything from the first) makes the savefiles compatible and easy to use.
If you remove parts from the database, you need to tell the script that those parts are no longer needed and be removed from the transfer. Because those missing parts are the difficulty both for the savefile version and this script version.

There are two ways to transfer, and both are only easy for the extremes:
1) using savefiles is easy if the database remains mostly unchanged and there is a map that will be identical in both games and used for transfer.
2) using a passcode or an external storage file is easiest if only very few data is transferred, like only level and most important possessions, and the database can completely be rewritten in this case.

anything in between (rewriting half the database and keeping the other half) is where the problems start, because in this case you'll have to specify which parts to transfer and which not.
And it's impossible to get a general script for this, especially because it needs to be custom-designed for the specific database. A script would be needed for everything in the middle, but it would have to be a custom script, not a general script.
And those usually can't be requested, they need to be either commissioned (with money payment) or you'll have to search for a scripter through project recruitment that works on your project only.

Biestmann
Can the Eternal Dreamers finish off the final boss? We'll see!
37 minutes ago •••