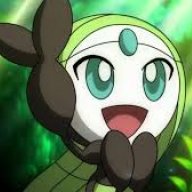 So, I have a highly edited version of the Sapphire Action System (published free by Khas.) I've implemented melee spells, piercing spells, short ranged projectiles, healing abilities, buffs, and so much more. The great thing is that, though it took me months, it all totally works. The downside? The game's performance is tanking. I am a Ruby noobie, and, honestly, I should have seen this coming. I have nowhere near the knowledge to fix this on my own, and with the anxiety it has brought me, I've given myself an ultimatum:

Request help for fixing it, and if that goes nowhere, cut it all out.

It would hurt to throw what is likely hundreds of hours of work away, but I have to keep moving if I ever want this thing to get done. This game has been in active development for over a year now, and it's getting to the point that I can't afford to continue development in the state the game is in. I'm asking for any assistance or advice that you can give me.

I've been informed by the staff that I cannot post this edited version of the script, only send it to individuals, so I've prepared a demo build of the game, and the script in full for review. You need not but message me, or leave a comment down below that you'd like to help, and I'll reach out to you.

Here's what I do know:
-The lag occurs when the skill key is pressed. This is likely due to the game checking what the ability is with the IDs I've assigned them, and if it's running a check on every ability to find out which it is, I need a new method of running that check. (I'm using a "when X" with X being the move ID on the initialize, for a bit of context on this.)

-The game might also be lagging when enemies take damage. This is likely due to the buff checks I have the game run every time. A new method of implementing this could also improve performance.

Honestly, that's it. It's two issues, maybe even one. The fix could be as simple as "Oh, just use this verb instead," or as complicated as "this needs a complete rewrite," which I would be 100% down to do if I knew it would fix the issue. Thank you so much for reading, and even if you only have time for a shot in the dark suggestion, it would be highly appreciated.
You must log in or register to reply here.
Share:
Facebook Twitter Reddit Pinterest Tumblr WhatsApp Email Share Link

KenKrath RPGMakerWeb KenKrath wrote on RPGMakerWeb's profile.
Hi there!! I saw my Valentines Video placed in the contest. I'm wondering if I placed 3rd or 1st though because my video was shown first but my name is shown as the 3rd video. Thanks for the opportunity
10 minutes ago •••