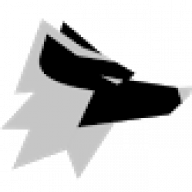 If you are into Magic: The Gathering you can find my answer easier to understand.

I'm trying to make a Magic: The Gathering inspired game with RPG MAKER MV. You have only one actor (the planeswalker) that can cast spells and summon creatures (that are indeed actors, with the help of the Summon Core by SRDude -

So my attack damage formula is just a.atk as the creatures-actors follows the magic's rules: they are 2/2 or 1/1 or 1/3 with the first number as their attack and the second as their HP. They deal the damage off their attack value alone and nothing more. Simple and clean. 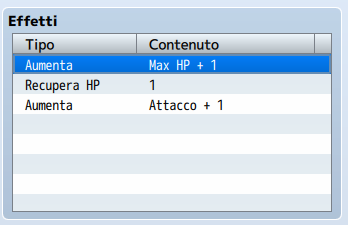 The software is in italian but I think is quite comprehensible: the skill Leonid Scimitar has the MAX HP UP +1 and the HEAL value of 1, and the permanent attack rise +1. The second img is the same thing but called with a common event: b.actor_id means that the effect of the Leonid Scimitar skill is active on the targeting actor.

Example: the planeswalker (main actor) summons a Raging Goblin actor (2/2 https://gatherer.wizards.com/Handlers/Image.ashx?type=card&name=Goblin+Raider - means 2 attack and 2 HP). Then the planeswalker casts the Leonid Scimitar artifact spell on the Raging Goblin and gives him a permanent +1/+1 - means +1 on attack, +1 on MAX HP and heals the Goblin's HP by 1 to make the HP increment effective.
Click to expand...

The question is: why in the heaven the MAX HP works and the ATTACK PERMANENT RISE don't work? I tried multiple times: the HP MAX works, but the attack increment isn't effective. The goblin gets the HP increment but not the ATTACK increment and I'm losing my damn mind! Once again, my damage formula is just a.atk so once the attack is increased, there shouldn't be any problem to change the damage from 2 to 3.

I've also made a short footage of the game so you can see what I'm talking about:


Thank you for help guys and also sorry for bad english

i try making the a.atk formula. atk skill...
and use skills that give effect
grow max hp +1
grow atk +1
heal +1

and it works fine on mine...

maybe you can try this...
try checking your Actors tab...
in the traits tab of the actor... did you set the "attack skill" trait to the skill with a.atk formula.

I actually think that the main problem is in the summoncore plugin: without it everything works fine. Thanks for the answer, but I'm still having trouble anyway.