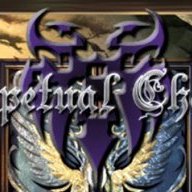 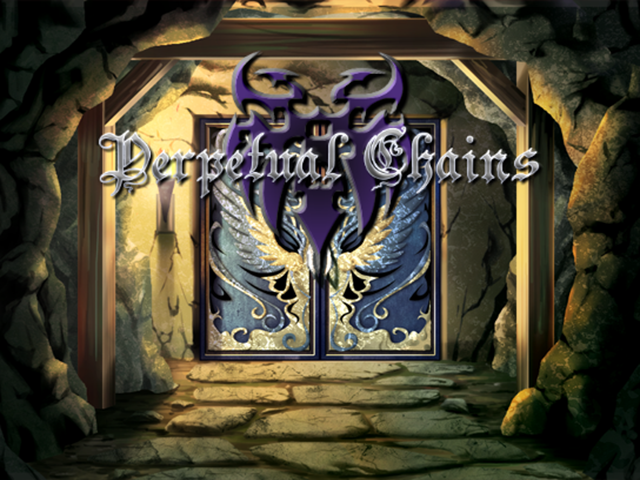 ​
INTRODUCTION
Hello! I'm Declan, the creator of Perpetual Chains. Like many people here, I grew up on the RPG games of the 90's/00's. It probably became a contributing factor to the career I landed in. I became an actor, touring all over Europe and eventually doing commercial voiceover. During that time I meddled in RPG Maker and had written this story while on the road. Eventually I realised I could bring the story to life. Using online auditioning pages such as BTVA and CCC I got a handful of capable people wanting to train in voiceover to voice my characters. In short, I give them experience and mentoring and in return they let me use their voice. Before I knew it, this little labour of love became bigger and bigger, and I've been told to share with people what I've got. Perpetual Chains follows all the things I enjoyed about RPG games in my childhood such as compelling storytelling, emotionally deep characters and addictive battle systems. As you probably can see, the mapping and main menu isn't unique as I am a bit of a novice as a designer and programmer. However I feel the work of my voice actors and the music kindly donated to the project really brings the story to life. Any feedback would be greatly appreciated. The main thing I want to find out is if it is actually something people want to play and learn more about the story and world. If successful I have the capability in making a complete version and hiring people to do the things I cannot. So if you want to get involved feel free to let me know.

I look forward to hearing from you all...

SYNOPSIS
The world is at peace, thanks to the teachings of Neras, a religious queendom in the centre of the Ecclesian continent. Neras is both feared and respected to the furthest reaches of the world. They preach the story of ‘Alpha, The God of Light’, and ‘Omega, The Beast of Darkness’. The teachings tell of the battle between the two sides and warned that a descendant of Omega would be born and lead the world to destruction. Only the sacrifice of their Goddess and the penance of the people would bring the world back to salvation. This cycle would repeat itself again and again for eternity.

The story follows Cyrus, a trainee solider from the distant kingdom of Espova who bares the tragic fate of being the next descendant of Omega. It also follows Aria, Princess of Neras and next in line to the role of Goddess. Through a stroke of fate, their destinies become entwined as they journey the continent of Ecclesia to find the meaning behind the prophecy.

CHARACTERS
Cyrus Breeze – An orphan from a village in the kingdom of Espova. He has been trained from a young age to become a soldier, as is common place for the kingdom. It is also the tradition for the orphan to take the surname of the place where they were raised. A polite and likeable person, he found himself having a happy and carefree upbringing surrounded by friends. Until one day the mark on his arm starts to glow and the power of Omega is born within him. Cursed and feared, he runs from the world and those who would wish him destroyed. He seeks to find the meaning behind the curse.

Aria Vita Lumen – Princess of Neras, Aria was born with great privilege and responsibility. However to many she is seen as the antithesis of royalty. Crude and impolite, she rejects the role she has been given. This lead to her mother sending her to the abbey to tutor Aria in the ways of nobility. Though on her return it proved somewhat ineffective. With her mother busy ruling the faith and having no other relatives, she feels there’s something missing from her life. One day, she hears a rumour that a member of her family might actually be alive so she seeks to leave her responsibilities and find something more fulfilling.

Moulder Clay – An ex-mercenary and hero of Espova. Back during ‘The Gaia Wars’ he hoped to line his pockets. In the end, convinced by Troy, a soldier from Espova, Moulder helps his new ally in turning the tides of the war and freeing the kingdom. Exhausted from battle Moulder is convinced by Troy to look after the latter's home of Breeze Village. During the war he finds a boy on the battlefield in the arms of its dying mother and seeing the destruction that he was partly responsible for, he opens an orphanage and trains the children to become soldiers so they could make a life for themselves. Since the war, he refuses to use his sword and instead fights with his fists.

Richard Breeze – A fellow orphan from the kingdom of Espova, Richard and Cyrus were best friends from childhood. Young and motivated they make a pact that they would see the world together. In many ways his focused and serious approach is the opposite Cyrus’ more relaxed personality. However deep down he bears a sadness which stems from watching the murder of his parents during ‘The Gaia Wars’ when he was only three years old. Richard doesn’t understand his emotions about this trauma and chooses to suppress them.

Freya Blythe – Daughter of Troy, the hero of Espova. Her father saved the kingdom during ‘The Gaia Wars’. With her mother dying from childbirth her father struggles to show Freya affection and therefore sends her to the orphanage in Breeze Village to be brought up by his friend Moulder. Beautiful and intelligent, she becomes close to the orphans, particularly Cyrus and Richard. The three of them became inseparable and Freya sees the two as her family. Upon being summoned back to the castle she focuses on becoming a mage in order to put distance between herself and her father.

Tiberius Germana – A travelling lothario from Trysus. Son of Edgar, the now deceased general of the kingdom. Since Trysus lost ‘The Gaia Wars’ they was severely punished by Neras and the royal family were executed. It was up to the Germana family to lead the kingdom through the troubled times. While his brother leads with dignity, Tiberius ran from his responsibility to experience the thrills of the world. Now short of money, he gets a stroke of good fortune. He bumps into Cyrus and hopes bringing a capable warrior to his brother will let him be welcome back with open arms.

Lazarus Octavia – A trainee knight from Espova. The family of Octavia has been close to the royalty of Neras for centuries. As Aria and Lazarus are the same age they were put together so they would be become friends. In actual fact, with Aria being more outgoing, Lazarus quickly becomes overwhelmed by her personality and becomes much more timid and shy. Even though they were supposed to be friends, Aria treats him more like a slave, jokingly threatening to have him executed if he doesn’t do what she says. Over the years he’s effectively become a wimp and although a skilled warrior, is pushed into becoming a knight when he would rather stay at home. Despite all this, he cares for Aria and hates seeing her alone.

Roland Cestus – A leading knight of Neras. He continues the family line in being a protector of the goddess. As one of the few people Queen Cecilia can trust he spends a lot of time with Princess Aria hoping to raise her not only to become a noble queen but to have her own mind. A relaxed and pleasant man, many of the nobles blame him for the way the princess has become. Due to pressure from his enemies in Neras he IS ordered to go on a holy journey known as 'Crusade' away from the capital. Before he goes, he hopes to protect Aria as much as possible from those who would wish to control her. 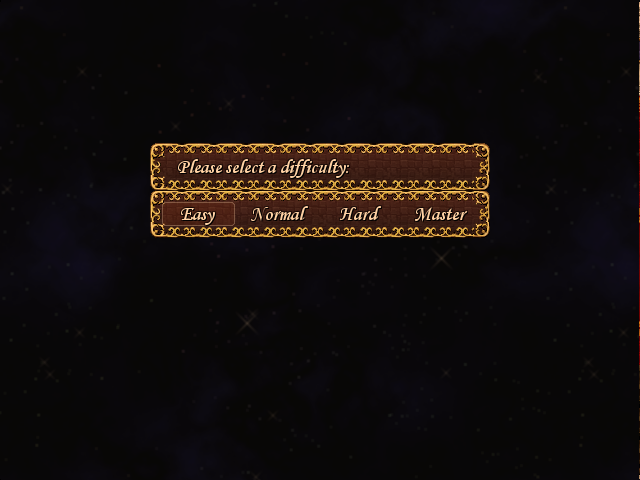 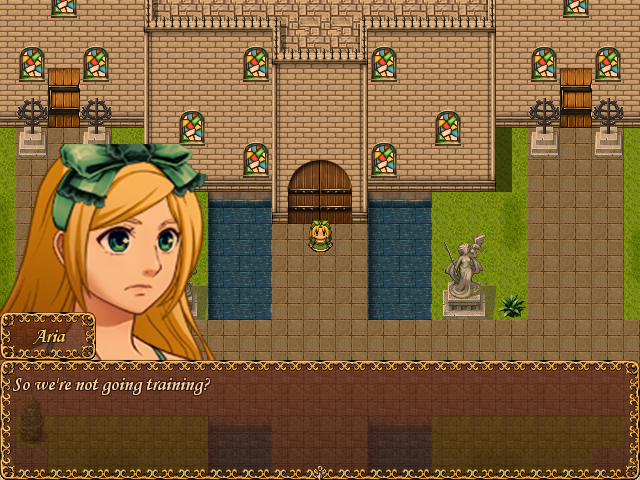 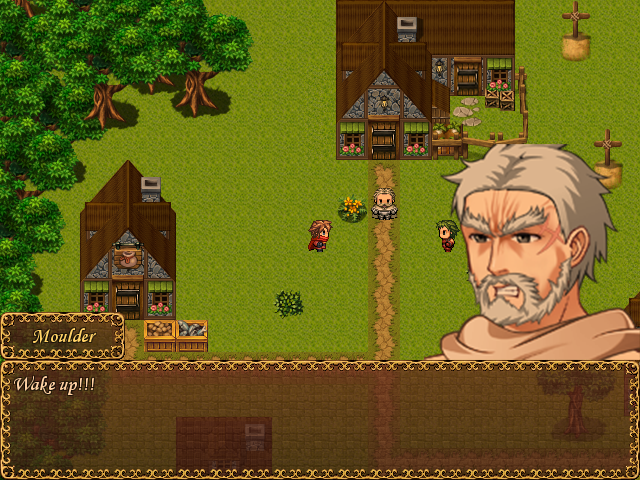 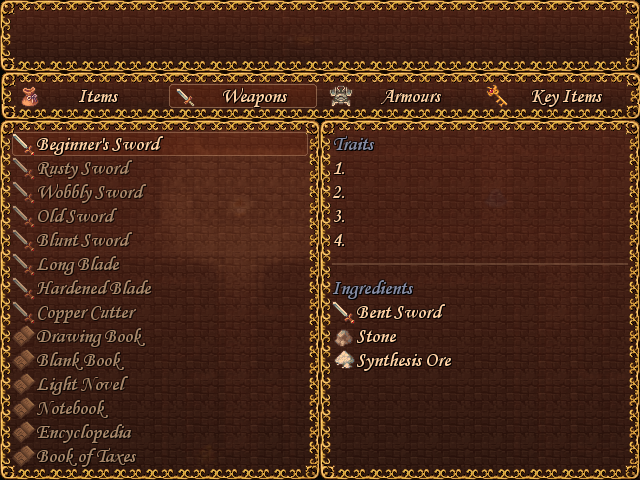 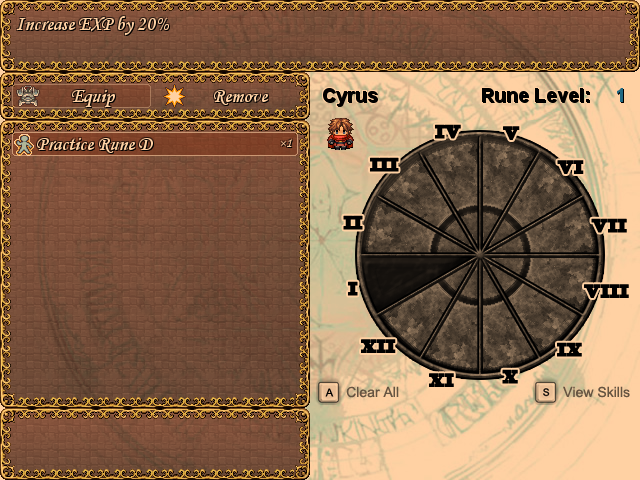 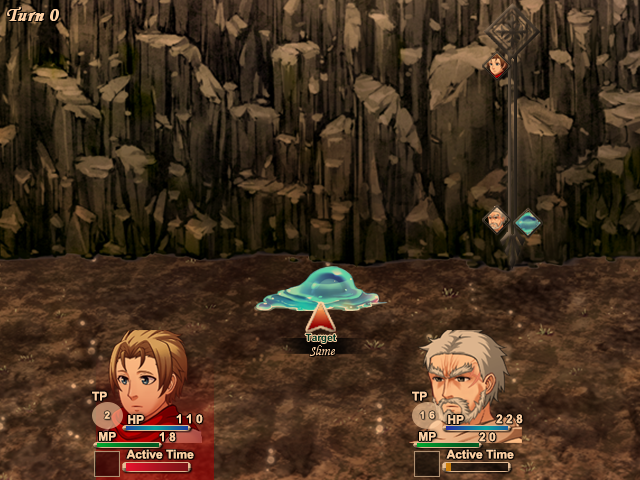 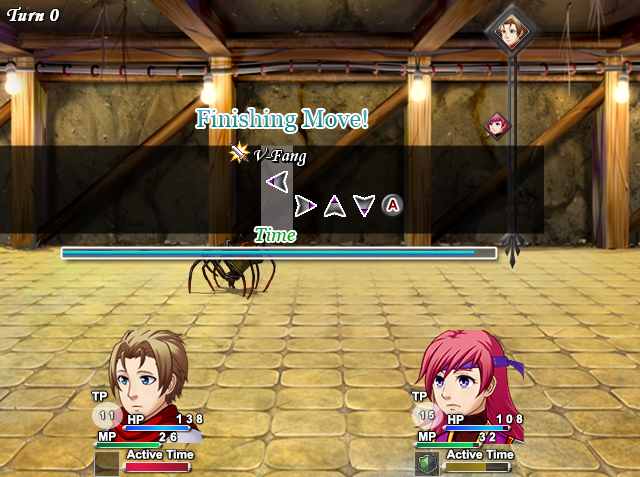 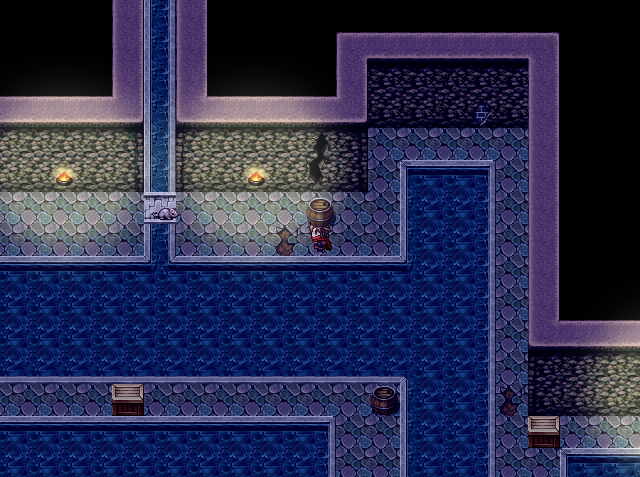 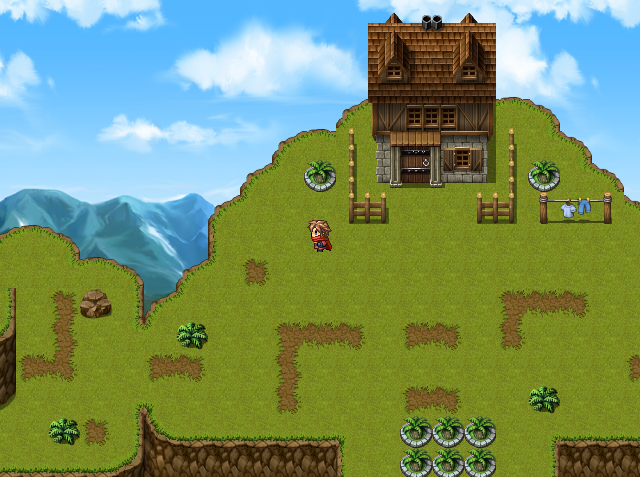 While the screenshots in the thread make the game look basic (if well put-together), I watched a couple videos of scenes from your game, and I'm very impressed! The characters feel believable and each have their own sense of motive and diction... and the voice-acting work is better than a majority of professional games I've played.

I went ahead and downloaded your game - I intend to give it a full play-through when I have the chance. Very much looking forward to meeting these characters!

Wavelength said:
While the screenshots in the thread make the game look basic (if well put-together), I watched a couple videos of scenes from your game, and I'm very impressed! The characters feel believable and each have their own sense of motive and diction... and the voice-acting work is better than a majority of professional games I've played.

I went ahead and downloaded your game - I intend to give it a full play-through when I have the chance. Very much looking forward to meeting these characters!
Click to expand...

Thank you very much for your kind words. I'll let the cast know you like their work, they'll be overjoyed with that praise. I feel you've given a very accurate first impression on the game's strengths and weaknesses. Truly cannot wait to hear what you think after playing. The demo is about 5-10 hours long depending on playstyle and side-quests. in case you wanted that information.

TheoAllen
I haven't make anything new yet, but I'm back addicted to writing some MZ plugins. Man, I wish I have more free time like I did 5 years ago.
27 minutes ago •••