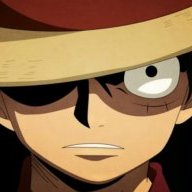 Introduction
In Persona 3, the Main Character social stats are personality traits such as Academics, Charm, and Courage, used mainly to unlock a handful of content as his personality grows, use special responses during conversations, perform special actions, etc. This script imitates said Social Stats menu, allowing the player to have easy access to see the MC's traits. 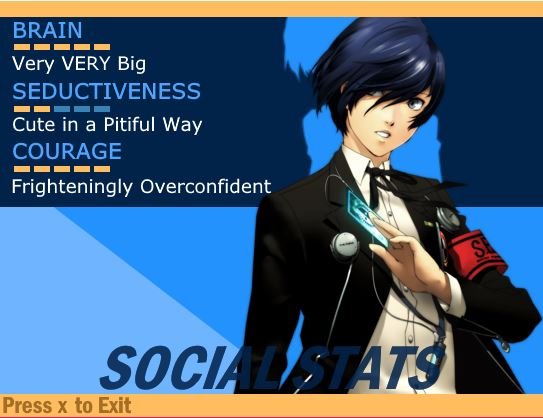 Instructions
To install just copy/paste it below Materials and above Main in the same order as they appear in the link below. The folder containing the graphics assets goes in \Graphics\System.
The default variable used for the stats are 1, 2 and 3, used for Academics, Charm and Guts respectively, but can be edited in the script.

Credits
RiceTopaz, for creating most of the assets used.

Terms of use
You are free to use the script for both commercial and non-commercial games, as long as I (and Rice, in case you use the graphics) recibe proper credit. Don't really care about reposts, yet I'd prefer people to just give a link to this thread in case of any update.
You must log in or register to reply here.
Share:
Facebook Twitter Reddit Pinterest Tumblr WhatsApp Email Link