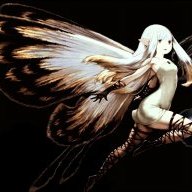 I'm looking for a script that replicates the Persona system from the Persona series. For anyone that's unfamiliar with the concept, here's a short explanation: A Persona is an entity that can be equipped onto a character. The character's stats, skills, and elemental affinities are based on their Persona, similar to jobs from Final Fantasy. Only the main character can change their Persona, while the other characters can only use their initial one.

Example of the Persona Menu​
For the system to work as it does in the games, there should be a menu to equip the Persona (for the main character only) and a status screen for said Persona. There needs to be a method of acquiring Personas through script calls, and "evolving" them through script calls as well. There are also some other mechanics such as fusion and skill extraction, but those are not mandatory as they will take much more effort to complete. (PM me if you wish to try these)

Since this is a relatively big script, I would be more than happy to help out with your game in return. I'm not great at art or scripting, but I am pretty good at writing and story. If you choose to do the extra mechanics, I can also do mapping and eventing.

It might be that something like this already exists. If nothing turns up you might be better, if it is such a large script, posting in Project Recruitment, especially as you are willing to trade.

Kes said:
It might be that something like this already exists. If nothing turns up you might be better, if it is such a large script, posting in Project Recruitment, especially as you are willing to trade.
Click to expand...

Sadly I've looked and I couldn't find anything that works. Also, I don't think it's a big enough script to post in project recruitment, especially since the game itself is still in its early stages. I'm only offering help because some people might not want to do it for free.

SoulBlade32
Finally, I have graduated from college and now I can put a lot more work into my game, after having not worked on it for the better part of a year.
Today at 6:20 AM •••
kopa
post so i can change my profile picture ^^
Today at 6:10 AM •••