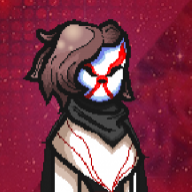 Sorry if this is the wrong place to post this.

I have an idea for my game where if the main character (and only them, though there are more party members) loses to any given enemy, it gives them a phobia of said enemy. The main character will then be slightly weaker agaisn't that enemy type indefinitely, until that phobia gets overwritten by losing to another enemy type.
Ex: MC gets defeated by bat. Chiroptophobia gained. You are now weaker agaisn't bats.
MC gets defeated by orc. Orcphobia gained. You are now weaker agaisn't orcs.

The idea was inspired by ZHP: Unlosing Ranger, where you get a phobia of whatever enemy just killed you.

The first issue is differentiating between which of the enemies the MC got killed by first, or so I believe. How could I do that? And then, should I make it a status effect or something like that, and make the rest of the party members be able to resist that status?

i dont know much about the mods youre talking about.

any way to apply states and make checks to see if a state was applied upon death? like: each enemy have one attack state which is applied when attacking and they remove other enemies attack states (so only one will be present at a time). then if knockout state enters, it checks to see which enemy attack state is present and applies the enemy phobia state.

Mike-Turtle
Had to make a very strange shaped video for the Desktopia trailer! I'm so glad it's done. I hate video editing!!!

HarlekinLehl
Can't go out adventuring without grabbing your gear first!
22 minutes ago •••

Willibab
Playing FF4 for the first time, the pacing is pretty insane Only 2.5 hours in and already changing class? I barely got to play as the first one xD
Today at 9:56 PM •••