​
The world is full of adventures just waiting for the right people to take them on.  Some pit the heroes against a cruel tyrant.  Some drag adventurers through deadly deserts to face dragons, or worse.  Adventures that make for great tales to tell friends over a pint at the pub.
​

​
And then there is the one that involves cake.  And zombies.
​

​
Join Silvia and Alex, two less-than-stellar adventurers, on a mission to end a town's undead torment.  Enter a demon king's castle (or maybe it's just the home of an eccentric homebody) and find the source of the menace: a truly evil cake.  Explore the castle, fight zombies, and figure out how to stop this (possible) apocalypse!
​

Wander the castle, seeking the baked evil.  Just watch out for the deceased inhabitants!
​

Oooh, cake!  Pity about the zombies though.
​

Thanks for checking out my game.  When I heard about the birthday bash, the first thing that came to mind was "I must make a game with cake in it".  Lacking any grand plan, this story is what appeared.  It's been fun working on it, so please let me know what you think and if you find any issues (I shall crush the bugs!).
Last edited by a moderator: Mar 15, 2016 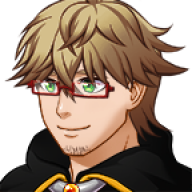 
It was a little challenging but that might have been because I spammed attack moves and spells all the time...


Also don't know if this is a bug but how many bottles of Smelling Salts are you meant to have? I had infinity uses.


The zombie cake will take over the world!

@Black_Clone - Thanks for playing!  It's not a bug with the Smelling Salts as it's supposed to give you repeated uses.

I've spruced up the game a bit, and replaced the game over screens with more appropriate endings.  Unless I think of something else to add (or a bug rears its ugly head), I'm calling it done!  I'd love to hear what y'all think, so download it and let me know. 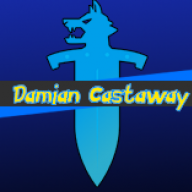 Shyamalan, eat your heart out. I was waiting for you to finally finish this so I could finally play it and give my thoughts.


In many ways, I've had to remind myself that the challenge was to try to maintain the game within 15 minutes to an hour. This si relevant because I didn't want the game to end :'(.


I'll elaborate on that statement.


I think the two main protagonists have wonderful and relatable personalities, the ending wasn't something I was expecting (Though was hinted at throughout the game, hence my opening statement.), the premise was fascinating, the combat is satisfying and I could go on for quite some time.


I think my only gripe is that the two side-doors in the main foyer/lobby are a little hard to notice. The main title screen perhaps is a little unfitting, but I can still understand why it may be there.


So out of a maximum ten, Piece of Cake is definitely a Nine

@DamianCastaway - Thanks for playing!  I'm glad you enjoyed the game.  The foyer's side-doors are how I always do doorways so I hadn't noticed they were hard to see, I'll try to think of a way to make them more obvious.  I agree the title screen is unfitting, but it's the best I have at the moment (my ideal one would be Silvia and Alex holding cake and running from zombies  ).

Loved the game (also, it made me contemplate the poor life choices that led me to make such an ambitious project when it should have been more like this one). The humor was spot on, the battles entertaning and I got to eat evil cake. What more could I ask for? Greatwork, Hiddenone!


I found a typo, by the way: in the library there are a couple of bookcases that give the "These are some *wierd* books" or something along those lines.

@Nirwanda - I'm happy you loved the game (I've made that poor choice before, that's why I knew better this time  )!  Thanks for catching that typo, I've fixed it.  'Weird' is one of those words that I can spell three different ways in one sentence so I'm not surprised it snuck passed me.


If anyone else catches typos, please let me know so I can fix them!

Well, finally found myself the time to play the game, and it was very enjoyable, very well done!


Although I do have to admit my first play-through didn't even last 20 seconds, and that pretty much did alert me to the multiple endings. I wanted to give a proper play-through before I discovered some more.


Characters were great, game was short, but packed a lot of good stuff into it (interaction was very good! Bookshelves especially), really liked Silvia's magic system, although it was a bit tricky to find any real differences between the spells. I think it's mainly special effects. I think certain zombies had weaknesses to certain spells though. Alex's attack was either one that did a lot of damage, or he missed the other times, there was very little middle ground with him, lol.


Battle style was interesting, no EXP or levels, fight with what you have, very nice.


I can tell you that zombie mages really wrecked havoc. You would've thought Silvia would've sold a bit more of her soul for some magic def, because that definitely made things a challenge as I had to keep the defense up. Of course I had to forget to heal before a... certain part of the game. It was at a critical moment, one more hit to win, and Alex the complete Plonker missed the target. This close to losing a party member, since I was able to close it out at the end.


Out of curiosity, was there meant to be 8 pieces? I only found 7, and I thought I was missing one somewhere. I was quite thankful when I learned zombies respawned, although I ended up with a couple of more cake pieces, which I saved for experimentation purposes later. Was that intended, or did I actually miss a piece, and got lucky with a bug?


There were two bugs, the first one is at the pool, Silvia gets renamed as [1] when shes talking. The second... well, out of morbid curiosity, I decided to tank the first battle after being warned about being complacent. I counted 5 endings prior, so I was hoping there was something special for number 6... generic gameover. Well, it's an ending, though not the one I was expecting, lol.


All in all, you had me playing again and again to find everything, quite a lot of fun in this little game, I certainly recommend a play though or three. Nicely well done!

@Bob7 - Thanks for playing, and I'm glad you enjoyed the game!


The different zombies do have weaknesses to certain spells, though it's not super obvious.  I'm surprised Alex missed so much, I didn't run into that issue with him so I'll look into it.  Mages will mess you up, taking them out quickly is pretty important (Silvia's not one for making smart decisions, so it's not shocking she didn't think to up her magic defense //rmwforums.s3.amazonaws.com/emoticons/default_tongue.gif).


There are four cake slices, counting the intro fight's cake, that are hidden in the halls, and the other four have to come from fighting zombies.  It's random which zombies will have it and they respawn so it's mostly up to luck whether you'll need to re-enter the room (extra cake is useful if someone's feeling hungry~).


Thanks for catching those bugs!  I'd forgotten to set up an ending for the first fight, but that's fixed and now there are seven different endings. //rmwforums.s3.amazonaws.com/emoticons/default_2.png

Well, I played this. Can't say I was particularly engaged or impressed. It was functional, no big problems, but it failed to grab me. Sorry :<

@Indrah - Please don't apologize!  I watched your stream and was really happy that you gave it a try, even if you didn't find it fun.  It was great to be able to peek over a player's shoulder while they played and I definitely can see where I need to improve.   So thank you so much for playing!

Sweet and enjoyable project ! Really enjoyed my time with it. There were some especially fun little parts like-

-I enjoyed the presentation of the story as a tale told, and even though it's relatively cliche I always enjoy things like 'no it was at day not night *changes visual representation*'
-The characters starting in the water as bubbles was awesome.


-The magic to push the cake across the water was super great had a little giggle even if it was simple
The combat was simple but clean. Even if I didn't quite understand how each element interacted or effected enemies it was a nice addition, and I really liked the second character puppet-style attacks. And the combat didn't overstay its welcome/was a nice pace with the on-map battlers and relative ease of post-battle recovery.
I also thoroughly enjoyed how it ended, was a satisfying closure as a nice enjoyable tale, kind of felt like a small kids cartoon adventure tale done right.
Congratulations on completing your project, and bonus points for matching the contests sort of theme thanks for a fun time.
You must log in or register to reply here.
Share:
Facebook Twitter Reddit Pinterest Tumblr WhatsApp Email Share Link

l8rose
Another Friday and another Zoom call that could have been an email. Working from home is awesome.
14 minutes ago •••