You can find a full list of available resource packs here:

​
So, if you have any comments, questions, ideas, suggestions, or requests, feel free to leave them here or on our Facebook page (I am more active there).

Reserved for future use.

Reserved for future use.

After taking a commission hiatus over the holidays due to workin' the ol' day job and working on the High Fantasy Resource Bundle II, I have finally re-opened the commissions portion of my website.

Since there are a large number of requests, and a lot of them with very little information for me to go on, I have remade the page. If you are looking for custom resources, please read the page carefully and be sure to include as much information as possible.

I also put in price ranges for each of the resources. Keep in mind these are general figures and are not set in stone. I tend to go towards the lower end of the spectrum whenever possible.

You can check out the Commission page here: Pioneer Valley Games - Graphics Commission
Last edited by a moderator: Mar 24, 2013 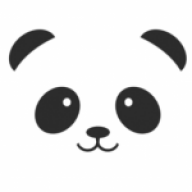 There was a second pack?

*grumbles and goes to find wallet*

The Gentlepanda said:
There was a second pack?

*grumbles and goes to find wallet*
Click to expand...

Yep, recently launched! You can check it out here in the Forum's storefront: 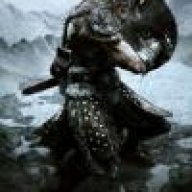 Can't wait for the new resources pack also I am thinking of buying the high fantasy resource bundle and a member + membership...

The Member+ Membership gives pretty hefty discounts on the products that you find in the store here, so it might be worth getting if you plan on getting some items. It will pretty much pay for itself pretty quickly, plus you will get access to a bunch of other resources in the exclusive forum.

I wanted to put up a little sneak peak to give a hint as to what the next set of resources entails... I hope there are some fans who recognize this 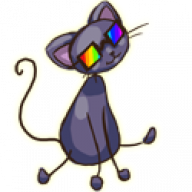 oh cool I have Poser too 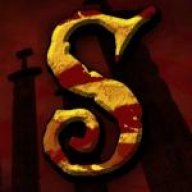 That Cthulhu looks very nice, I also see that you have a Sci-Fi bundle planned, very interesting. Can't wait to see what else you are going to do next. I guess I'll buy the mega pack while I wait . Great work, keep it up.

An H.P. Lovecraft inspired set of resources is in the works, complete with some very creepy monsters with a lot of resources for each (including... *drum roll* ....... animated battler sheets!)

Also, the High Fantasy Resource Pack II has gone up for sale on Steam! You can check that out here:  HF2 on Steam!

If you want to take a look at some of the character animations included in the Main Party Pack (which is now complete and just needs to be sent in), check out this video:

My, my, my... Those look spectacular. And btw, glad to see you are still going through with the Lovecraftian pack. After our conversation a while back, I didn't know if you would find the time seeing as you have been so busy with the Fantasy packs. It looks awesome though, can't wait to see it.

Hyde9318 - The Lovecraftian Mythos pack is the next one I am focusing on. I've been working on it bits and pieces here and there while I was doing the Main Party Pack I, so I already have 3 of the big terrible monsters all ready to go.

Cain E Wulfric - I do plan on making everything in a relatively similar 'style' so that they can be freely mixed and matched. The Mythos add-on for example, although will contain elements from the 1930's, will still blend in with the Fantasy packs (and future sci-fi packs). Or, of course, can be used on its own.

That's great! I look forward to getting my hands on it, in a manner of speaking. Did I spy a Steampunk resource pack on your site? I can't wait till that's created, and released.
Last edited by a moderator: Mar 14, 2013

Kind of sucks my wallet is way too thin nowadays to buy these packs, but I will have to find a way to get enough to get that Lovecraft pack eventually. Maybe we can make an exchange sometime, lol. Kidding of course. Either way, amazing work on all of this. It has turned out simply fantastic. Also, would you be totally against me making you a special thing for your signature? I can explain more through a private message as I don't normally do these things on request (as it is time consuming on my part), but I would really love to do one for you to help advertise your products. 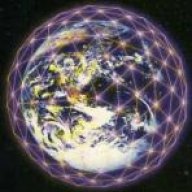 Very welcome, now to my question on licensing before I buy. - A general question for this specifically, and then all resources.

1, Can I recolor these sprites in a non commercial project I have planned? Can I edit them in any way I choose?

2, Can I recolor these sprites in a commercial project I have planned? Can I edit them in any way I choose?
For example to change the tone of a face, or add a weapon here or there.

I'm not looking to re-release them when they are edited as sprites, only in the game itself. This is a question for this pack, and then for all the sprites on sale here.

3, Same question for Music. Sound Effects, the works. - If I need to ask this in each topic, by all means let me know.


Now one for the author specifically:

Would you ever consider releasing a base naked sprite and face of each race, that we can decorate easily for our games?


I hear you are considering a Drow pack and saw you taking requests, at least I hope it was you! If you read this, the pack here so far looks outstanding, and well worth the money. So here is my request, that you may not have considered.


Entrances to the Drow settlements from the surface, some sort of setting which transfers between the two! Perhaps a twisting of an existing landscape tile to merge landscapes, or an shallow underground tunnel setting to connect the two. A dark forest comes to mind, or a lighter cavern, to represent the shallow depth.

I don't know if it will help but when I think of Drow I think of: White hair, plenty of female warrior sprites in darker armor, or noble clothes; slaves and prisoners, chained sprites for the existing races orc, human, dwarf; crystal caverns, splits in the earth for pits, bridges, and overhanging stalagmites; altars, not undead dungeon like altars, but dark, clean, glistening altars. Purple/Blue/Darker Green kind of tilesets/armors as well as the usual.  I think of kobolds, gnomes, dark dwarves or druegar (as you already have the base dwarf sprites). Black blades perhaps for the expensive weapons, and definitely some kind of cult or priestly sprite or three.

If you want a request for a pack, something desert or jungle, perhaps both. It would open up the crusade period, or more pirate-like settings in the case of a jungle. I think you'd make sales from either, a pirate pack or a crusades pack.
Last edited by a moderator: Apr 4, 2013
You must log in or register to reply here.
Share:
Facebook Twitter Reddit Pinterest Tumblr WhatsApp Email Share Link