Sorry for bumping into an old topic..

I was wondering where could I find rpg games made with PVGames resources..

I've tried to search for them but I could not find them..

Anyone have any tips on this? 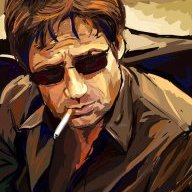 Jesse, I know you're too busy engaging in other projects and the next Mythos pack, but would you be able to make another character itens bundle with resources you've been saving there like the Freebies? Would be very interesting!
Thank you!

Paz said:
Sorry for bumping into an old topic..

I was wondering where could I find rpg games made with PVGames resources..

I've tried to search for them but I could not find them..

Anyone have any tips on this?
Click to expand...

I would like to know, though, where could I find more games made with these resources.

Like i said the art on these packs are stunning and i was originally thinking on making my game with them but if there is no public for games made with this resources then I would use the default jrpg style ones.

You've pointed out one game, made by Jesse himself, I wanted to look for more, like a list or something. I've only been able to find three so far

I know there are some on Steam, many using the Mythos resources, though I don't know the names off hand. You won't find a ton of games within the RPG Maker community, my resources are more popular outside of this community than within, and many people use different game-making software to utilize them.

I will look for games outside the community
I would really like to use your resources because beside being stunning they make much more sense to the game I'm designing.

I'm still falling short on some specific artwork and since I'm a terrible artist, I'll have to handle it somehow but I'll make sure to post the project here so you guys can have a look into it

I would love to see what you come up with!

@Jesse - PVGames
in at least one of your sets (town&country) but probably more of them the premade character sprites do not have the $ in their filename and need to be renamed before they can be usable.

That is not a problem for anyone with experience in RM or even for english speakers, but it can cause confusion for newbies that try to use the medieval sets for their first game and are not capable of reading english tutorials. As happened in another forum in my country - the person purchased the entire medieval set and was on the verge of requesting money back because they didn't understand how to use the sprites (or that the parallax pictures will never fit into regular tilesets and a number of other misinterpretations)
You can't do anything about half of the confusions, but making those sprites directly usable that could be used, and perhaps naming the folders as clearly for parallax or for tilesets might help in the long run to prevent frustration in your customers.

Bumping! @Jesse - PVGames
Could you post your sample game from the IGMC or could you make a template? I had purchased all of your assets a while ago, but never got the chance to set up a game.

@mystic0 - I've been meaning to make a topic for this, but you can grab the open source version of my IGMC game here: https://www.dropbox.com/s/ohcpkuaxi4h0oe0/TheLastJourney_Open.zip?dl=0

Sorry if I shouldn't really be asking this, but I've bought every PVGames Medieval pack so far, so it's not like I'm looking for alternatives. But I'm wondering: if I'm looking for other compatible graphics to go alongside this, what should I search for? I.e. what are these kind of graphics called in the outside world?

Best I can come up with is "diablo style".

If you can't answer that, a more suitable question - are you planning on more Medieval releases in the future, or are you focusing on the 2.5D graphics?

A great deal of the new 2.5D graphics (most tiles, all of the characters, monsters, and animals) will fit in just fine with the Medieval stuff. The only things that do not really are the new tile pieces to make buildings and some of the objects, that's about it

As for what these are called in the "outside world" - I am not really sure. There have been VERY few people to tackle these types of resources (I am one of the only ones as far as I know really). You can find little bits and pieces of a similar style here and there in other places, but I have never seen a complete set anywhere.

@Jesse - PVGames You really should shill your P a t r e o n more. She only said she bought the packs, but didn't mention anything about the content there. Money left on the table if you ask me.

Also the character models, what you get in the packs is great and all. But the P a t r e o n characters have over 4x the animation frames. Want your character to tap their foot? Cry? Have 4 different critical health idles? Beg? Scratch their head? Yeah that's all there and so much more.

Basically it's almost silly not to join it if you use his graphics. You even get a bunch of packs for free, and occasionally he even takes requests.