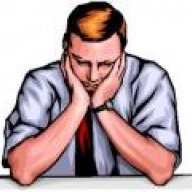 This seems conceptually pretty simple, but for some reason it's just not working for me. The idea is that the player would be walking around on a skill tree that's actually just a map with events. The map contains several small islands, and each island would have a few different paths leading in different directions that lead to different skills. To unlock these paths, the player would move to the beginning of the path and trigger an event that checks to see if the player has enough skill points (Variable:Mage SP), then opens up the path if they do. 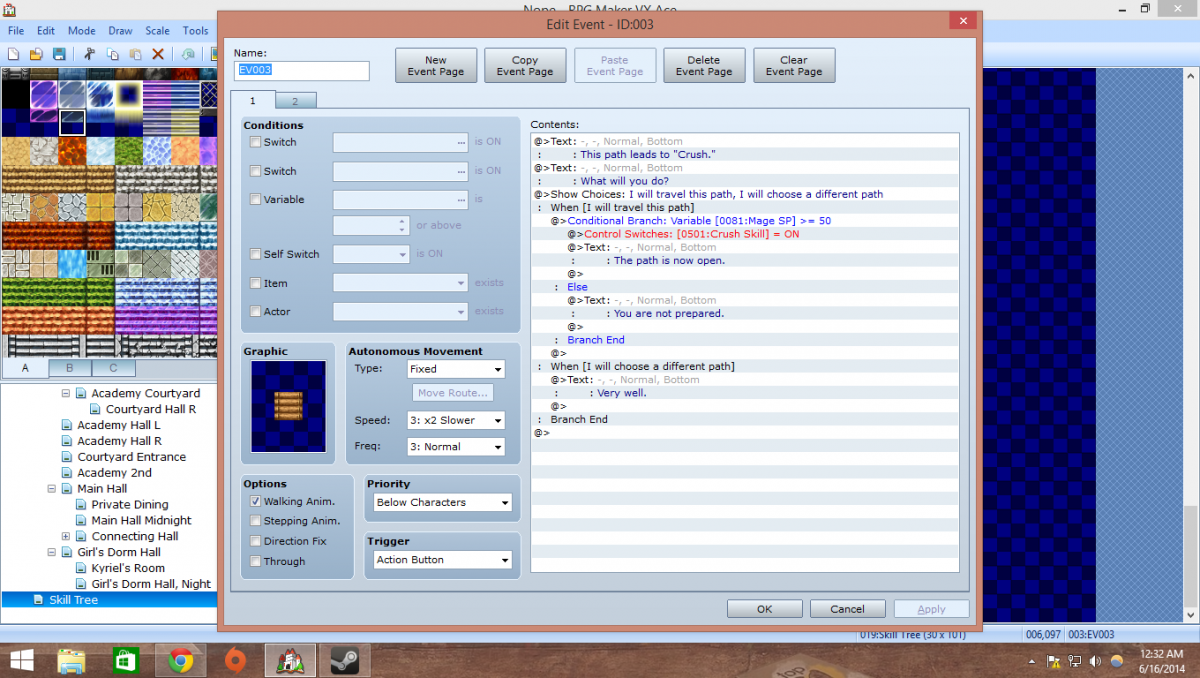 Page 2 is just an empty page that is triggered by self switch: A.

For some reason, if I select yes to unlock the skill, I get the text confirming that I had enough points, then my player can't move afterwards. I've tried changing everything I can think of that would matter, and I'm out of ideas. I don't know why this isn't working.

Any help with this would be greatly appreciated.

EDIT: Uploaded a screenshot without the event having self switch: A ON. I had desperately taken it out trying to debug it, it doesn't work with it in there either. 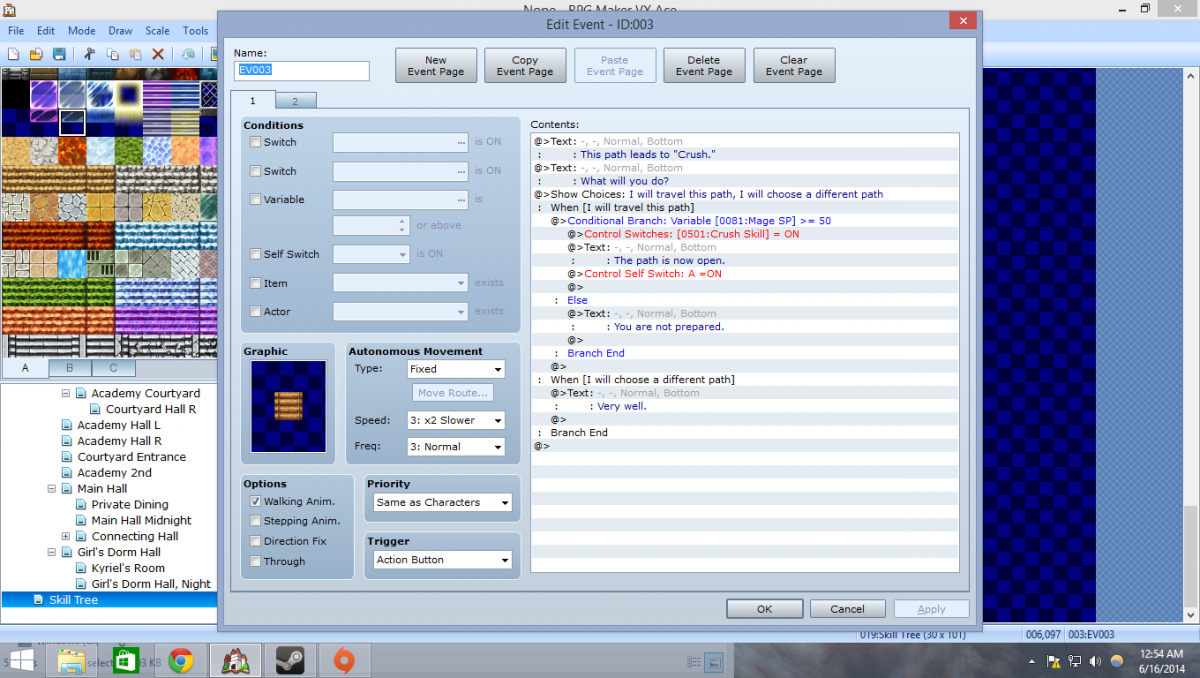 Can the player turn but not move, or is even turing blocked?


If turning is blocked, you have an autorun enabled somewhere on the map, check all events until you have deactivated it (this might happen if the switch you're using for the crush skill also triggers the autorun for example)


If the player can turn but not move, then the passability on that map is broken, and you have to check the tileset and how you made that map.

Turning and moving are blocked. No Autoruns on the map, not even any parallel processes. To debunk passability, I tried making a brand new map on nothing but grass tiles, with the event trigger set as "action button" and the priority set as "below characters" (so I could just walk over it if I wanted to) and it still messes up. I also tried the event with the priority "same as characters" and the graphic of an NPC, and still no dice.

Okay, I apparently I was in the middle of messing with a common event and accidently left the trigger on autorun. I hadn't tried play testing the game for any other reason than to mess with the skill tree, so I hadn't noticed. Autorun was indeed the problem, just not on that map... thank you for your help.

musicalgenocide, please avoid double posting, as it is against the forum rules. You can review our forum rules here. Thank you.

zerobeat032
fighting game fans might really enjoy my game battle wise, and I feel non fighting fans might learn some stuff. thanks row system. pokes, neutral, and zoning time...
Today at 10:29 AM •••