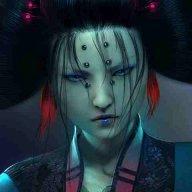 Hey everyone,
I've been messing around with programming my player characters, trying to see how far I can stretch the program. I doubled the size of my sprite sheet and made my character taller. However, the character looks like it's sliding across the floor instead of looking like it's got some weight in each step.
Is there a plugin to control this? Or is this something to do with the animation itself? Does it not like a 3 frame animation with a sprite that's twice the size?

Just a note, I tried creating an event on the map that controls the player speed and frequency but I still can't seem to get it to look right
Last edited by a moderator: Feb 8, 2018 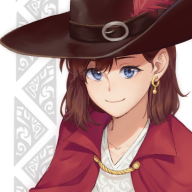 Could you show your spriteset or an example of what you mean so I could look at it?

@SpunkyWunky , please avoid double posting, as it is against the forum rules. You can use the "Edit" function on your posts to add additional information you've forgotten or respond to multiple people. You can review our forum rules here. Thank you.


I've merged your posts together. Next time, please use the edit button to add more to your post.

As for your question, it helps, when designing sprites to put the middle column a pixel or two higher to give them a bit of "bounce" when walking - I'm not sure if that's your issue or not.


....Yeah, it (or they) are sliding, not walk. But somehow you gonna make them looks dashing and lean backward. Like @Low did for his game.


I donno what plugin is but Yanfly YEP can do this.

@Puruiro sure, here it is, its just a placeholder though and I've only got one range of movement animated so far

I basically just made the sprite sheet twice the size and replaced the first character with a tall sprite.
Sorry @mlogan, I didn't think this was considered the same thing as it's about character animation.
I tried making a head bob but it still didn't look right. It's like it's moving faster down the screen than the animation plays. I tried slowing it down but it still didn't look right even at the slow setting.
@KayZaman no, it's when the character is walking across the map, not in battle

No, double posting is when you post, then post again before anyone else has responded. There are some "bumping" exceptions, but that wasn't this case.

As for you sprite, I downloaded it and tested it out. First, I would make sure to position the head in the same place, just a few pixels higher in the middle pose. Second, I would use less side-to-side movement for the arms and legs. If you really examine the default sprites, you'll see that the arm that is moving back is not going out - but it just essentially gets smaller. Same for the legs. Also, if you look at them, with perhaps some small exceptions to clothing, the left and ride positions are mirrors or each other.

I'm going to move this to Resource Support, since you are actually asking for help in creating the resource, and no, this isn't a plugin issue, it's a creation issue.

Thanks for the reply @mlogan! (Sorry, I misunderstood the rules, I thought it was when you do that with the same topic of conversation).
Ok so I just need to animate my heart out basically lol. I think the movement gets lots in the 3 frame limit, I kinda need to have 8 frames and put more effort into it. Do you know of a tutorial that shows how to make RPG maker read 8 frames of animation? Because I presume it can't be done on a default sprite sheet?

No, you would need a plugin for that, and I believe there are some out there. It is hard to capture it with taller sprites but it is possible. You might spend some time examining taller sprites to see how they do it. Mack sprites, the tall sprites for MV made hiddenone and I think Candacis, and even the sprites for POP! are all more proportioned for what you are going for.

Heck, you can see what I mean by the arms and legs in this POP! style martian sprite I did here. https://forums.rpgmakerweb.com/index.php?threads/mlogans-pop-style-stuff.90921/

Notice how the arms aren't moving side to side, but simply get smaller or larger depending on whether they are moving forward or back?

Thanks Your martian sprite is awesome btw, definitely more the proportions I'm looking at. Funnily enough the character does need to have arms that flail out to the side, but with only 3 frames I can't include back and forth too lol. But I get what you mean though.
I have to ask, is there a directory of plugins I'm missing? I see plugins talked about occasionally in the forum posts but the only list I've come across so far is the yanfly plugins, and he doesn't have anything about 8 frames animation. I feel like most of my issues would be fixed just by being able to find plugins without needing to ask people what the name of one is lol

There's this but I don't know how up to date it is. https://forums.rpgmakerweb.com/index.php?threads/master-plugin-list.49273/

@SpunkyWunky here are some sources I like to check when looking for a plugin. The ones that are not active may or may not be compatible with current or future versions of MV, as the authors are no longer supporting their plugins. However, I'm currently having good success with their plugins on MV 1.5.1.

I also use the two methods mlogan mentioned, about the plugins list and google.

I haven't looked at the animation at all, but have you made sure to add a bit of bounce to the step? In the RTP sprites the entire sprite is moved up or down a pixel (depending on how you look at it) for every other frame. If you're using more than 4 frames in your animation you'll need to spread that bounce out over your longer animation. Since yours is taller it might need more than a single pixel of shift between frames to get enough up and down movement. In my earlier attempts at making sprites I would struggle with my characters looking like they were skating or gliding around, and while the animation probably needed work too, putting in the vertical movement was all I needed to get it looking right.
You must log in or register to reply here.
Share:
Facebook Twitter Reddit Pinterest Tumblr WhatsApp Email Share Link

Dungeonmind
When you have your friend over and you try to have a good time and let him try your game but he legit finds 10+ bugs that you now have to add to your already big workload for the day lol.
5 minutes ago •••