Hi everyone, new user here. After I had set up A Blurred Line (ABL, an RM2000 game), a question presented itself.

ABL (and probably many other English-language 2k games) was, as far as I can tell, made with an illegal English fan translation of 2k. It uses a corresponding modified RTP which is quite similar to the newer legal variant, except that it differs in file names and AFAIK some other details. It is not at all clear to me that using this RTP is legal, but without it, I can't play the game (short of modifying the official RTP myself, which is probably also illegal and which I can't do anyway). The same question arises for 2k3.

What's the situation here, are these older games simply not legally playable? 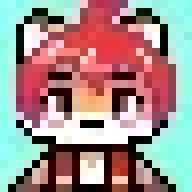 I would love for a remaster of rpg maker95

depends on a lot of things, so no one can give you a complete answer for everything.

If you have a download that contains the project files instead of only the player, then you can open it with the editor (if you own the legal editor) and save it again to work with the new player and new RTP.
That is the technical part.
to be completely legal the game converted needs to contain only legal resources and the original developer needs to have given the OK to any conversions (which might be assumed from an existing project file, but can't be automatically guaranteed for all cases)

If you don't have access to the project files or if the game in question contains rips from other games (which was somewhat common at that time), then there is no legal way.

Thanks for the clarification, Andar.

Andar said:
If you have a download that contains the project files instead of only the player, then you can open it with the editor (if you own the legal editor) and save it again to work with the new player and new RTP.
That is the technical part.
Click to expand...

Since I haven't worked with the editor itself (I don't make games), I don't fully understand this technical part, I'm not sure if the game comes with the project files. (Also, I'm not sure if I want to buy and learn about the editor just for this, given that I don't even know how many games it would apply to.)

Andar said:
If you don't have access to the project files or if the game in question contains rips from other games (which was somewhat common at that time), then there is no legal way.
Click to expand...

So I guess something like Barkley, Shut Up and Jam: Gaiden is not legally playable (not sure if it contains rips from other games, but AFAIK it contains other copyright-infringing material).

This is rather unfortunate, given that several games from that period are considered to be very good (ABL and Barkley being examples). I guess most people ignore this and play them nevertheless (I've also done this). I mean, Gaiden was on AGDQ a few years back.

In fact the situation somewhat reminds me of that old classic movie Nosferatu, since it itself was an unauthorized adaptation of Dracula and a court actually ordered all the copies destroyed, but it was kept alive by its cult status and now you can watch it on Wikipedia. I'm tempted to ask if, while not being legal (except if one has the software, the know-how and the files to make it legal, as you described), playing these games as they are is nevertheless not unethical, but that may not be an appropriate question for this forum...
Anyway, thanks for your time. 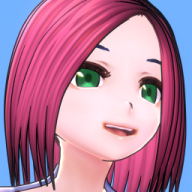 Nobody cares or should care about what you need and use to play old free games on your PC, just go for it, the only thing we can't help you here with is providing links to the fitting RTP you need for games like [A Blurred Line].

But as explained in this post the old RTP (official-JP and all unofficials that are based on it) is using different registry-entries (and at least it should be installed to a different path on drive) than the one that comes with versions released by Degica, so it at least doesn't affect any compatibility of official-EN-made games when you install that stuff.

Yes, given that all these games and the old RTPs are easily accessible even after 20 years does make it seem that nobody really cares if they remain available to play. (Especially since the authors likely don't make any money off them.) I'm not actually concerned that someone will come for me in the night if I play them. I just wanted to know if there are any legal/official options.
You must log in or register to reply here.
Share:
Facebook Twitter Reddit Pinterest Tumblr WhatsApp Email Share Link

l8rose
Still alive! Totally did not finish in time for the Jam (boy that's late) but tl;dr of the last half a year is Work term -> Covid Lockdown -> Sick... again -> Full time Employment. Game stuff has been on hiatus but got a new graphics tablet so hopefully updates again soon. =D
17 minutes ago •••