Plugin that allow for a second window that is (possibly) bound(?) to the bottom window and allows for multiple different uses 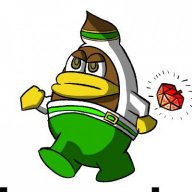 So I read this thread about multiple viewports (thread below) and this got me thinking. Is there a way to have a second interactive screen on your game? The best way to describe it would be like a Nintendo ds playing bowser's inside story. The bottom screen would be able to be a variety of things(touch screen(with your mouse), extra game part, video player) that can be configured by the player. The top screen would be controlled by some buttons(possibly do a "Bowser plays with X and Y Mario and Luigi play with A and B"(the buttons used in B.I.S. to control all the characters) and the bottom screen could be a separate character. OR you could have the bottom be a touch screen that is dependent on the top screen. My idea for a project I want to do is to have it where you can draw stuff on the bottom screen to do something in battle or in the world. For example(of the overworld thing) you've recently earned something that lets you draw ladders across gaps. to make it you have to draw it then you get it in your inventory or you carry it around(I imagine it would be up to the programmer to decide which works) then you can take it to that big gap you found earlier and put it down. In battle the way I would do it is simply out of battle you assign weapons a sketch (Like if you wanted to assign the "Ore Masher" you'd draw a box) and then when you do a regular attack you'd get to draw what weapon you'd use. For spells what I would have in my project is that you collect "Sketches" and those allow you to draw a sketch(the drawing kind not the item) in battle that let you use the sketch(the item kind not the drawing kind). Furthermore your MP gauge would instead be an ink gauge. it costs that much ink to use that spell.
Basically this would have to be very open source but I'd say make the main mechanics be interchangeable between a second gameplay screen, a touchscreen, and whatever else is deemed necessary.
Sorry for the gibberish and thanks for reading

EDIT: I realized that I forgot to talk about the bound part of the request. The idea would be akin to the desume ds emulator in which it's two screens bound together and when you move the app it moves both(if my knowledge of how desume works is correct) (I'll leave a link to what it looks like below)

Multiple Viewports 1.2.1 By Biud436 Introduction This plugin provides the multiple viewports Features - This plugin can only use in PIXI 4.0.0 or more. Video How to Use Plugin Commands Plugins This plugin can be downloaded in the following...

I've moved this thread to Script Requests. Please be sure to post your threads in the correct forum next time. Thank you.

PixeLockeT
Less than a week and I can move into my new apartment and out of this bad situation. I'm so excited! Then game making power will increase.
5 minutes ago •••