Plugins and Features for LifeSim/OpenWorld Game 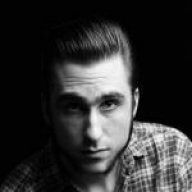 
for some time I was tinkering with the thought of starting to work on a project of a Life-Sim / Open-World game. Of course not something like Skyrim in Rpg Maker or stuff like that.


I´d like to develop a game that takes place in a small modern village/town. There are no battles, no typical quests and nearly no fantasy elements. Just stripping off that whole JRPG mechanics. Focus of the game should be the everyday life in the village that creates the "story" and plot. Everyday you have things do, have a sleep cycle, needs, you can interact with all other people in the village, events will happen, etc.


- Relationship-Level with the other people in town


- People will react differently every day


I don´t want the game to be finished in a short amount of time, nor do I want to win a price with it.


But I´d like to know, what features or things in general you´d suggest or would like to see after the stuff you have read so far.


I´m excited to read your posts

Nobody? You´d make me a happy man if you could give me some suggestions of which plugins I could use (I think I´ll use Rpg Maker MV) and what features would be also nice to have in such a game.

It sounds like you're looking for someone to design the game for you. Typically that is the job of someone speaking directly to the client, or the person spearheading the project when the client is the designer.


There's a lot of thought that goes into it.


It should be up to you to do the research you need and build the game you want to build.


There are huge libraries that link to various MV Plugins. There's tons of games to sample out there, and lots of advice on designing games readily available to you. It's all about you diving in to do it.

Titanhex said:
It sounds like you're looking for someone to design the game for you. Typically that is the job of someone speaking directly to the client, or the person spearheading the project when the client is the designer.


There's a lot of thought that goes into it.


It should be up to you to do the research you need and build the game you want to build.


There are huge libraries that link to various MV Plugins. There's tons of games to sample out there, and lots of advice on designing games readily available to you. It's all about you diving in to do it.
Click to expand...

No no no, I am not looking for someone to design a game for me.


I am just looking for a way to use the least plugins to acchieve the most of my features that I need.


And also I am looking for opinions on which features people would like to see in such a game.


I don´t need help in gamedesign, but just to choose the right plugins to cover all of my feature-needs.


I hope that makes it more understandable

Well, your game is rather bare-bones at the moment. As a design, it sounds very boring.


If you are meaning for it to be an art game or an existential game instead of one focused on entertainment, I can certainly understand and there's ways you can go with it.


You need a framework that follows the Interest Curve, a system of tension and release that engages the player without overwhelming them.


You also should add objectives or goals into the game, so that the player is always working towards something.


You lack some of these in our initial post, and it makes it hard for me to suggest anything.


Which is just as well, people will suggest a million features, but as a designer you should have a clear vision of your game already.

My intention with the post was that merely give away the core features, so plugins could be suggested. But if people want to know more, thats okay too.


Because I didn´t want people to downtalk the main idea.


The rough idea is the following: You will play a young man that just moved to a tiny, very rural village in japan. After a while strange things start to happen. So basically a creepy, modern, japanese horror story. But not with the typical survival-/adventure mechanics like most of those games. I wanted it to be really immersive. So I want to have LifeSim an important Core feature of the game. You don´t just run for hours through an empty village, then bloodstains and zombies appear, but the suspense curve will build up more and more through the ingame days and nights. Similar to a Junji Ito manga/movie. So the game will not be endless, but you will get to the point where you can choose to end the game, or wait for added content via future DLCs (can be installed without the need to have the game on steam) to make the game longer. So you don´t only wander around and solve puzzles, but also live your own life in the village, talk to other villagers and knit relationships, get to know more about the backstory of the people and the village, you have to buy food and cook it, etc. So the game will not consist of completing quests, but really spending your time in it and to have it feel very immersive.


So the USP of the game would be, that it is not a pure LifeSim like "Harvest Moon" or an Survival-Game like "Bio Genesis", "Corpse Party", etc. That combination with the lovecraftian feel to it will make it fun to play. Thats the main plan.


Main goals of the game: To deliver scary entertainment and be immersive.


You will have objectives in the game. First, very basic ones like staying alive through eating, drinking, sleeping. Then, rumors about the village start to reach the player and a new objective will be to find out more about the village and the people (that will be the drive to explore and talk with people). Also several important events will happen, which force the player to react (for example: Someone that just got befriended with the main character has gone missing and the player has to find him/her, stuff like that).


After the player finds out more and more about the village and the people, more objectives will pop up. So the suspense curve will be rising and there is more and more to do.


Thats my vision of the game for now.

Sounds a lot more solid than the game you originally presented.

I think you have a pretty good concept here, and you should pursue it.

Your main themes are exploration and survival. Right now, they sound like two separate mechanics. Particularly, the survival element. If you can find a way to tie the need to eat, drink and sleep into the core of the gameplay, you'll be solid on the overall design.

As it stands, I can't imagine eating and drinking adding to the sense of mystery, intrigue, exploration, and finding answers.


I'm not sure how to explain it to you unless you already understand game theory.
Having to eat and drink is more of a post-apocalyptic survival theme because those resources are scarce in that setting, and they make you feel like you're part of that post-apocalyptic world.
If this is a modern village with plenty of food, all it does is make you feel like you should just be playing the sims.

Sleep on the other hand is a great mechanic, as is sanity, and they can tie into each other. (If sleep is low, sanity goes down. If sanity is high, you get disturbed sleep.)
You could even throw in the use of drugs in some way, which can have an affect on those two but also have their own caveat, like dependence or side-affects.

You're working with adult themes too, so you can add heavy narrative elements and the ability to save people or accidentally let them die. There's many elements to work with.

I assume you won't be using the battle-system, so that means you can do a lot of what you want through Eventing, and you don't really need plug-ins or scripts. I can tell you right now I can make a sleep, drug and sanity meter without plug-ins. Plug-ins for these wouldn't be hard to make either.

I must agree with Titanhex. The whole making your food and eating stuff is really out of the concept usually associated with horror.


you claim a lovecraftian feel, but that will not work with this. While lovecraftian ambiance benefit slightly of the mundane against the horror, a cooking mechanic will not be a plus. It might even flame up the suspension of disbelief.

Plugins I would suggest are primarily Huddell's Orange systems. He has a dedicated Time System. The other major one is his HUD system which can incorporate variables for the needs system. For the Relationship system, that can be handled through variables, and you could use Yanfly's Common Event Menu to display the information. (Main Menu Manager will allow you to call it from the menu) As for the NPC'S doing something different each day, Orange Time System Variables outputs the aforementioned Orange Time System that can then be checked as conditions in event pages. You can go further with Himeworks' Custom Page Conditions depending on how precise you want those conditions to be. Finally, you can set the atmosphere with Khaus' Ultimate Overlay (I believe that's what it's called) and Orange Lighting which is based on Terrax Lighting, but compatible with Orange Time System.
You must log in or register to reply here.
Share:
Facebook Twitter Reddit Pinterest Tumblr WhatsApp Email Share Link