i will have to invest in a copy i think

i also never knew of the zubat glitch

Really, you just need to find a pokemon that has your weakness, but that attack doesn't do damage. Like a lot of pokemon could learn thunder wave, but didnt always learn another electric attack. So if you used a bird pokemon or a water pokemon, they would just spam thunder wave. Of course, you would get paralysis, but you wouldn't die. However, you can't count on this glitch. Int he first gen, they did have a few cases where the pokemon would eventually pick a different move. I think when the games were translated in to blue version (because in Japan, they were originally Red and Green), they added in a failsafe for when an attack was used often, but the other pokemon wouldnt take damage. I know they certainly did that with Generation 2 (which, btw, had the biggest AI leap out of any game in the series)(AI code quadrupled going from Red/Blue to Gold/Silver).

how much do you know about the pokemon AI system ?

Depends. I know quite a bit about it up until Emerald Version. Then I kind of gave up because that was when competitive battling got big. Once Gamefreak knew that their players were becoming competitive with their pokemon, they doubled the coding team that worked on the AI system, which made another huge leap moving from Emerald to Diamond/Pearl. And then it made another big leap when going in to Heart Gold/Soul Silver, and the a HUGE leap going in to Black and White (same AI in B&W2). Essentially, Gold/Silver, Crystal, Ruby/Sapphire, and Fire Red/Leaf Green all had pretty much the same AI coding (well, kind of... Fire Red/Leaf Green actually took a step backwards due to the lay off of a couple key coders).

If you are talking about that AI script we mentioned, then I have something for you. I will send it to you.

il have to look into the AI for B/W, no doubt it iwll bea complete pain in the ass for me to code though, esspecially if they had full teams doing their coding, to be fair thoughi imagine they had a team working on each aspect of the game, and ive already replicated a fair few systems so itmay not be as hard as im anticipating

Nintendo has been known to be incompetent, so I am sure you will be more than capable of doing it.

I mean, they may have had a full team to make one feature, but you also need to remember that this is the same company that when the fans practically beg for years to get another Pokemon Snap and another Pokemon Stadium (pokemon stadium 3... Not Colosseum, not battle revolution... Stadium), they give us PokePark. And when we say "We don't like PokePark, can you please give us something good?", what do they do? They make a PokePark 2 and wonder why their sales are dropping. Gramefreak and Nintendo may have had some good ideas, but they aren't as bright as they think they are,

lol indeed just because they have alot of minds working on something it doesnt mean those minds are working correctly ^_^ tobe fair though, i wouldnt say that my coding knowlage supasses that of a team of people, esspecially a team of people that have made multiple sucessfull games 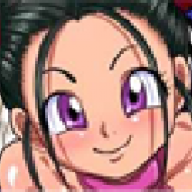 I LOVE YOU TOO

Wow I'm way behind. I stopped at ruby and fire red. Something about buying the same version over again rubs me the wrong way. IE my GBA gold & silver versions still work and they're packed with 100's of level 100 pokemon, can't trade to ruby/sapphire. Gotta buy Heart gold / soul silver -_-. Now I hear rumors about another Ruby/sapphire coming out. I don't like this ride... Getting to lvl 100 isn't easy or fast. Feels like a job sometimes.

Umm, anyway Gardevoir is my favorite Pokemon of all time. I named it Syndra. She's a calm pokemon (LVL 100). Her moves are Thunderbolt, Psychic, Calm mind, and Safeguard. Syndra got me through most of the Ruby version. I wish I had a Gardevoir in real life. It's detects danger and protects you . I'm sure she can beat Mewtwo. ( LOL who can't?)

Hybrida said:
Umm, anyway Gardevoir is my favorite Pokemon of all time. I named it Syndra. She's a calm pokemon (LVL 100). Her moves are Thunderbolt, Psychic, Calm mind, and Safeguard. Syndra got me through most of the Ruby version. I wish I had a Gardevoir in real life. It's detects danger and protects you . I'm sure she can beat Mewtwo. ( LOL who can't?)
Click to expand...

Gardevior is a pretty powerfull pokemon if you get a decent one with a decent move set, but i think mewtwo would win if it was as equally good, regarding movesets natures, iv's ect

My favourate is easily Charizard, with his epicness and then the fact he is one of the old school generation <3
Last edited by a moderator: Nov 20, 2012

I think if I had to pick my absolute favorite, it would be this amazing monster of a pokemon right here...

Why Hypno? Hypno is one of those pokemon that gets overlooked A LOT, but is actually one of the better psychic types out there. His psychic attack can match such powerhouses as Alakazam and Gardevior, while his defensive psychic powers can match such pokemon as Grumpig and Bronzong. Combine these and he is already quite the foe to match up with. But it is his specialty that makes him dangerous. If a well trained Hypno puts you to sleep, the match is over. With the right set-up, Hypno can take almost any pokemon from full health to overkill with one hypnosis.

Now, things can get 100 times worse if a team contains...

Musharna is essentially the fifth gen version of Hypno, so nothing special there. But, think of this. You pretty much have two Hypnos and then the king of dreams himself, Darkrai. Darkrai has an ability that whenever a pokemon is asleep while he is on the field, they lose health. Then he also has an attack (with dead-on accuracy, mind you) that puts every pokemon on the field to sleep, besides himself. Combine that with the fact that he can learn things like dream eater and nightmare.
Last edited by a moderator: Nov 21, 2012 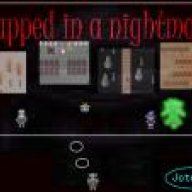 Second, stats have had nothing to do with shinyness since Gen II.
Click to expand...

Its sad how shiny pokemon don't have different stats then ordinary pokemon.....

they can do if your using my shinies script in your own game ^_^Link...

Tell me about it. You get this extremely low chance to find one, only to get a slightly altered color, many of the times the new color looks ridiculous.

hyde9318 said:
Tell me about it. You get this extremely low chance to find one, only to get a slightly altered color, many of the times the new color looks ridiculous.
Click to expand...

i always thought some of the pokemon looked completely stupid in shiny form, however there are a special few that look epic !

like Metagross, Charizard, Rayquaza. all look much much better in shiny, and so do many others, i always thought there should be multiple shiny color's, like catching a black pikachu with red cheecks, another pikachu with blue ckeecks and a pink body... basically just multiple different shinies, then people could keep trying for the one that they like the most, maybe a red bulbasaur or a yellow charizard

Boost the chance of finding one, raise the number of color combinations... that could work. It would still keep that low rate of finding a specific one, but would raise the chances for those people who just want a shiny pokemon. I was that way once. I just wanted shiny pokemon, I didn't care who they were. Until I got a puke green and purple winged Dragonite. Why did they do this?

Oh god... My precious Hypno, what did they do to you buddy?

What is that? They held you down and painted you Pink, yelling at you repeatedly that it would make you appeal more to little girls? But why you? Most little girls find your huge nose ugly anyways? Why did you get turned pink when Margikarp was turned Golden? This just isn't fair... IT ISN'T FAIR!!

Man, I remember when I caught a shiny Ponyta and evolved it into a Rapidash... It looked so cool!

Shame I found him to be a little lacklustre. I'd rather have a standard Pokémon on my team than a shiny one if they were stronger.

Shiny Gardevoir is still one of my favorite shinies. (That and Shiny Charizard, which looks bad ass).

Edit: For comparison, here's the original: