Oh, sorry. I meant to put up the download link. Check back in one of the three original posts soon.

EDIT: Ok, download links are up in the original post, complete with the main URL and both direct downloads (Windows and MAC).

So mad that Pokemon Showdown's down. Trying to remember my EV distributions for Pokemon Online lol.

Thinking about transferring my new team over to PO as well. Couldnt hurt, right?

Yeah, wish I'd remembered to export my team before Showdown got ddosed.

Ok, so I have B&W2 pre-ordered. I am sitting here, raising my team on Black version, and I am thinking to myself... Wow, I really wish I was doing this on Black 2 instead.

So, Team SandQuake is being put on Hiatus until Black 2 comes out while they are all still in the level 30 range. That way, I can trade them over rather early, and use them to dominate the new game, lol.

Sounds like a good plan, but I'm still in the planning stages of my team 'cause I'm OCD like that. Also, I stole your logo idea, though mine isn't as good.

Just realized it cuts off at the bottom, oh well.

I can help make one for you if you want. Although, that one is pretty cool. And Sandproof? Does that mean you will nullify my team? Lol. And +Infernape... Well dayum.

Well, guess it was either going to be Infernape or Blazikin that I was going to have to have a showdown with.

BTW, I am also coming up with a new idea for tournaments. Team Tournaments. People can team up with a friend to take on other teams. Prizes, however, are not split between members. Instead, both members get two, equal prizes. We wont make you choose who gets it, or even have to get half a prize cause two people worked together. Same prize for each participant.

On that note, who wants to team up with me? lmao.

I actually called it Sandproof because everyone except for Infernape is immune to sandstorm lol. I actually would've used Blaziken, but Infernape was easier to test (since Blaziken is usually banned). The team tournament is a good idea, I don't think I've even been in a team battle with a non-CPU.

Now I just have to find a nice partner so that we can come up with some tactics. Lol.

And yeah, team battles in tournaments arent as common, usually. I like uncommon battles, so that was my idea.

note for other people though, I am still taking ideas for different kinds of events. It doesnt have to be battle related either.

I decided to try something new and make franken a trainer sprite for myself.

I'm actually pretty proud of it, and I can make more if others like it.

Dangit, I really need to get to work, Pokemon is just too fun lol.

Nice. here is mine from a while back when I was mainly using my Sweet Dreams team.

And yeah, pokemon takes up a bit of time, lol. It is just so dayum tempting. 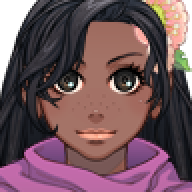 I think a team tourny would be a cool idea, even more cool if two trainers had to come together and showcase teamwork by each presenting three pokemon to the team. One would have to compliment the other for each three.

Other than that I am still wondering what I'd name my team; I pretty much have my team down, but each mon couldn't be more different from one another xD It's my old HG/SS team which people would probably laugh at since it contains some pretty weak pokemon o_o

Give us the pokemon you have in it and maybe we can help with a name.

Actually I just came up with a name; I might request a logo later in the coming days Hyde, just for fun of course.

I wonder what silent majority would be interested in a tournament in the near future? I really haven't met many people who loathe pokemon after all.

I am very interested, but the main problem is the lack of people who would participate at this point. I am wanting to do an event soon to celebrate the release of B&W2, but I am not sure what we can do with the number of people here.

So my Reuniclus wasn't working well on Pokemon Online, so I decided to spend the next month in the Dream World, looking for Abra. 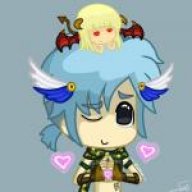 Wait. I can customize my avatar in Pokemon Online?

And also, what server are you, guys?

I'm playing on the Pokemon Online server, and I don't think you can change your avatar, other than the presets.

im sure theres a sprite sheet you can get that has all characters from pokemon gen 1 games upto and including black and white, if i can find it il post the link

Well, I have most every trainer image from every game on my computer. Problem being, each one is a separate image. So yeah, not going to upload and post that many images, lol.

btw, this is unrelated, but CREEPER ATTACK!