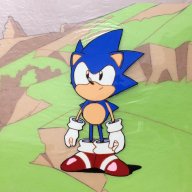 I would really like to have an Actor/Enemy have the ability to interrupt a target mid-Skill and use their Skill first. Essentially, my goal is "I see you moving towards my friend, I am going to hit you first". Ideally, if afterwards the target is still alive / capable of continuing, they do so.

I've tried a lot of varied approaches, including working with VisuStella's Battle Core and the included notetags, and I thought "<JS Pre-Start Action>" may be the trick. However, unfortunately it also appears that the "Force Action" command only ever occurs at the end of an Actor/Enemy turn, not the instant it is called.

Is there some way for an Actor/Enemy to interrupt a target's activated Skill (and use a Skill of their own) before said target successfully proceeds to apply the Skill effects (damage, states, etc)? Perhaps this would require a Plugin.

I wondered if I should move this to Plugin Support instead, because you're already using the VS plugins. But I suspect such a think is not already baked in to VS. 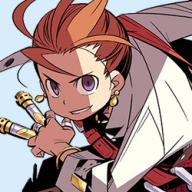 It's certainly possible, but would require some non-trivial changes to Game_Action and BattleManager in order to get it working the way that you describe.

I have pretty limited knowledge of the VisuStella plugins, but I do remember reading that they created their own action queue system, or something of that sort. You may want to continue down that train of thought. If the notetags that are available in MZ are similar to what were offered in MV, it might be possible to pull off either what you are asking or at least an approximation of it.

However, unfortunately it also appears that the "Force Action" command only ever occurs at the end of an Actor/Enemy turn, not the instant it is called.
Click to expand...

This is because of the way that BattleManager works. Once one action resolves, it checks to see if a Forced Action exists and executes that before moving on to the next in the normal queue.

It is possible to code something along the lines of a function that would inject an action that immediately takes effect, but again, you're looking at some relatively advanced modifications to both Game_Action and BattleManager to get that kind of effect to occur in a bug-free manner.