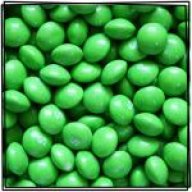 Hiya! Let's cut to the chase.

I want my character in the project I'm working on to use a spell that triples the power of the next spell/physical skill they use. Similar to the spells Mind and Power charge in Persona 3, 4, Q, and maybe 1 and 2, I haven't seen them sooo... yeah... Anyone now how to do it?

the way i do this for my barbarian character is, i have a skill called "Muster Strength" which increases his ATK by 300% and lasts 2 turns.  This makes it so that after the following turn it will wear off, but if he is not disabled (CC'd) for his next turn, his next attack (whether a normal attack or a skill) will have its damage increased threefold, which can lead to some devastating damage (imagine if he uses a skill that does double damage, while under the effects of this 3x atk buff).


I also give this skill to orc/troll/minotaur/giant/behemoth kinds of enemies, which gives a very high incentive to CC them when they use this skill.
Last edited by a moderator: Jul 1, 2016

"How do I...?" questions belong in the Support forum for the engine you are using.  So, based on the info under your avatar...


I've moved this thread to RPGMaker VX Ace. Please be sure to post your threads in the correct forum next time. Thank you.

I thought I changed that to MV. Opps. But this belongs in MV. That's why I tagged MV.

How do I get this moved back to MV?

You do it by reporting your first post and asking, as it is very easy for a Mod to miss a post, but we always see a Report.


And please avoid double posting, as it is against the forum rules. You can review our forum rules here. Thank you.


If you want to add something, then edit your previous post.