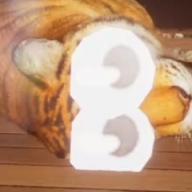 if this was asked before, i am sorry, but i was unable to find it. :/

And if this is the wrong topic, i'm also sorry; new guy here trying to figure out a solution for a problem. D:

I'm working with the RPGXP-Maker and i got a question.

I want to have an event, that forces you to press a button so that something else happens, depending on what button you just pressed.

The game should "wait" so long, until you pressed the/a button [or if a certain amount of time has passed by].

Looks easy, but i'm unable to do so.

Maybe it's even totally easy and done by one command or something, but so far i'm stuck.

Normally, I'm able to solve most of the problems by common events, switches, variabels [...] or something like that, but this one get's me down on my knees.

The thing is, I want to make something like "Press the buttons in the right order to ... open the door", or even "Press 1/2/3 to attack Monster 1/2/3", because right know my selfmade battlesystem is a question asking you which monster to attack, resolving in an "Show choices"-command, and... that somehow sucks a bit. s:

So if someone knows how to help me out, i'd be very thankfull!

I've moved this thread to RMXP Support. Please be sure to post your threads in the correct forum next time. Thank you.


An event set to parallel process (so always running as long as the conditions are met) would do this. Add a Conditional Branch to test for Button being pressed. If it's true, do your processing (make sure to turn the parallel process event off at the end by either disabling the conditions, or adding an extra page with a new condition and changing switches/self switches/whatever so the new page becomes active, if you don't want it to keep checking all the time). At the end of the event - outside of the conditional branch, add a Wait for 4 frames so it doesn't cause the game to lag.

... and it worked so far, which is kinda nice, thanks so far!

then, to make it more usefull, how do i put a timer in?

Like, "you have so-and-so-much-time to press the button, or else you gonna die".

Is it doable with a loop, starting again every frame, asking if the button is pressed and after 20 loops it breaks and stops it? Or how can i manage that?

And another thing: Is the first event gonna run on, if I do not change the pages for example? So can i for example have a dialog starting with EV003, which runs and runs, while there is the possibility to press buttons on EV004 to let other stuff happen?

Oh, and while we are at it:

what are the keybindings to the stuff asked by the maker itself? I mean, "If button A is pressed" is the button "Z" on my (german) keyboard. So, in fact, A ist not A. And besides, it it possible to ask for the number-buttons, like "Press 1 to attack enemy 1"?