I absolutely hear what your saying but that is the wrong mindset to have. I'm just going to come out and say it: One of the biggest issues with RPG Maker Devs is they view themselves and their product as somehow "lesser" then anything else on the market. I hate that. Yes we use RPG Maker, yes it has limitations. but if i spend X Years, X Months, X Days and X DOLLARS to make this product why is it any less than something built on Unreal Engine, or Unity, or in a lavish 6 million dollar loft in brooklyn by a squad of Devs with 20+ years experience?

lets spin it another way, you make a cheeseburger on the grill, you marinated it in seasoning over night, you got fresh lettuce and tomatoes, the cheese you bought and sliced yourself, the bun is home made and baked soft.

are you going to sell that cheeseburger for $0.50 because the mcdonald's across the street sells cheeseburgers and even DOUBLE cheeseburgers at $1.00 on the value menu and you don't want people to wonder "why would i get this burger when theres a tride and true mcdonalds burger for that same price?"

the thing about big money (regardless if its food, music or games, etc.) is that big money gets lazy, and big money will pump out the same formula product because it works. What makes indie and entreprenuers special is we're putting a fresh spin on something because we CARE, we want to give people something that big money isn't, and THATS where the value in what you charge your game for belongs.

I'm talking about having a realistic mindset and acknowledging that if one wants to maximize their potential sales in the videogame market, they have to accept the facts about who the competition is for the customers' time and money.

Pricing is not just about having confidence in one's game, it's also about planning out a strategy for getting as many people to buy the game that one makes. The quality of a game is for convincing the people to keep the game AFTER buying it, instead of returning it for a refund. Of course, the game still has to have a certain standard of quality to demonstrate in trailers and screenshots if it is going to sell well at certain prices.

Pretending that a big, popular company with a long tradition of quality development has not set standards by which an indie commercial game will be judged by customers is just running away from the problem instead of meeting it head on with a strong marketing approach.

@Storyteller-Hero I respect your opinion, I really do, but we'll have to agree to disagree on this one, friend.

I'm not saying big popular companies don't set standards that indie games games get judged by. your absolutely right. I'm saying that the standards set by big popular companies tend to restrict them to make and push certain products, its a cage. Therefore the strength in indie games is stepping outside of those standards and having something fresh, and yes, confidently if not OVERCONFIDENTLY marketing that "fresh" content.

what often happens more times than not is something new comes along that completely shakes the status quo up and then THE INDUSTRY tends to push out clones of that indie product to try and grab some of that money.

i'll give you a quick example in Pokemon, the creators we're not super-experienced devs, they were once an indie group, primarily creators of the "game freak' magazine in the late 80's/early 90's, they wrote articles and loved games and dreamed of being more. Around this time Fighting games & RPGs were still very much genre kings and on their way to the golden age that would be the ps1 era. the game freak team pitched pokemon to nintendo and got turned down, pitched it again and finally got approval even though nintendo admitted they didn't fully understand the concept of the game and approved it because one of the gamefreak team members worked at nintendo. and remember they weren't a company under nintendo yet just approved for their game to be on gameboy.

Gamefreak spent 5+ years making the game with ZERO budget and ended up unable to pay employees and worked on the game UNPAID for YEARS. But the team knew they were making something crazy fresh and traded 33% of their company for extra funding to complete pokemon red & blue. it released with 0 buzz but they pushed it until they landed a promo ad in a popular magazine called CoroCoro and that ad blew the game up into the frenzy that pokemon became. and COUNTLESS pokemon clones came QUICKLY after. to. this. very. day (not counting digimon, they had their own story independent to pokemon). thats confidence in your product. they didn't charge less, they didn't conform to other game styles. They were just a new company that landed their product on gameboy.


there's a saying in my neighborhood, "B.D.E", while its crude it stands for Big....umm...lets say "Dog" for the sake of censorship Yeah "Big Dog Energy". it basically means despite what equipment your actually working with or what humble beginnings you come from, sometimes you gotta have the aura that your working with something much more, its not a lie, its a mindset. Act like you got a Big Dog because you know what your bringing to the table is good and people will view you like you got a big dog. Team Freak had Big Dog Energy. and sometimes to beat the big dogs you gotta exude that energy. the same can be applied to all indie devs.

It would be nice to build a time machine and go back to the past before the indie game market exploded, before the internet even existed, to reset the standards, but that of course would be unrealistic.

Good intentions and idealistic hopes don't pay the rent when it comes to marketing an indie game in the current market. Indie devs won't magically change what they're doing as a monolithic union, and corporate marketing machines will still exist to make the masses believe that it's not worth paying as much to play most indie games in the same price range as AAA games. No amount of wishful thinking will change that reality.

It may not sound fair, but that's the world we live in, and why "correct" pricing is such an important part of marketing a game, especially an indie game that has less funding behind it, less production value, less "perceived value" to begin with.

Sure make your game overpriced for the sake of pride, but the number of people buying and keeping it will probably be far less than what one might hope for. 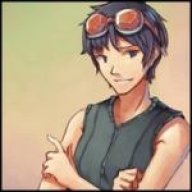 but if i spend X Years, X Months, X Days and X DOLLARS to make this product why is it any less than something built on Unreal Engine, or Unity, or in a lavish 6 million dollar loft in brooklyn by a squad of Devs with 20+ years experience?
Click to expand...

Because the consumer doesn't value your time and money as much as you do. That's just the blunt truth. Going in with BDE as you call it has cause many a new game studio in the past to close down. Sure, there are devs who have shaken up the status quo. But 99% of indie devs are not going to be that person.

As someone who works in marketing, I can agree that everything @Storyteller-Hero has said is 100% correct.

First and foremost I do want to say there's no hard feelings coming from my end or animosity, my long winded posts are just me being passionate and I love a good debate.

With that said, I'm not arguing if @Storyteller-Hero is correct or not, infact I even said he's absolutely right earlier. Ofcourse the consumer doesn't care about the effort, merely the product and that's entire point of marketing, making the product desireable.

And, to your point 99% of devs fail who go in with BDE while that 1% shakes things up, but for that to happen everyone has to step in the ring like their that 1%. Unfortunately we don't have the foresight to see how our game will perform so, for me and in my opinion, you have to be your products biggest fan and yes step in the ring knowing your game is worth its price point. I'm not saying make a game and charge $59.99 USD because YOU believe its as good as FF15, I'm saying if your game has hours of valuable gameplay and is a quality project albeit limited by engine and budget, why sell it for $4.99 "becuz its RPG Maker" and Final Fantasy 8 remastered is selling for $19.99 so you wanna steer clear of their airspace. What are you selling the game for commercially if not some sibilance of commercial success? That's my opinion

Once again I'm not against you fine devs or combating your intelligence, but for those who come to this thread and read these posts I want them to know there's various ways to sell their game, they can price low and hope for more sales which people here have actively said didn’t work for some while it did for others and you can sell it for what you think its worth which again works for some and not others.

But if I sell 1 copy of my game for $29.99 cuz I feel thats where it belongs while you sell 3 copies of your game for $9.99 cuz you think lower = better sales, did either of us do better than the other? Its based on your personal ideas of commercial success.

Opinion wise, I'm team sell it for what its worth (within reason) all day but we're all free to choose.

<<But if I sell 1 copy of my game for $29.99 cuz I feel thats where it belongs while you sell 3 copies of your game for $9.99 cuz you think lower = better sales, did either of us do better than the other? Its based on your personal ideas of commercial success>

No it's not. The 29.99 did much better because it will ALSO most likely sell far more than 3 on discount at the 9.99 threshold.

I also agree pricing should not strictly be evaluated in comparison to any other games. You will always find an established "gem" at 9.99 or whatever. So what? Then you can only price your stuff at 0.99?
Better price it like CLOSELY SIMILAR games (generally other rm games of the same type). Your market is people who like, play and want this type of game. You can always try and expand your reach later with discounts.
Last edited: Sep 5, 2021
You must log in or register to reply here.
Share:
Facebook Twitter Reddit Pinterest Tumblr WhatsApp Email Share Link

Ouro
Me, designing it a long time ago: Having an optional boss fight as a random chance to trigger when you fish in a certain spot with a certain type of bait is fun! Cool idea!
Me, trying to playtest everything again: oh god just let me see the boss, my bag is so full of fish!
38 minutes ago •••

Avery
Happy Saint Nicholas Day! May there nice stuff in your shoes when you wake up!
Today at 8:26 AM •••

HexMozart88
Choosing Beggars are the best source of entertainment.
Today at 7:57 AM •••
DavidUchina caethyril DavidUchina wrote on caethyril's profile.
You chad, thanks a lot for your plugins. You helped me costumize the buttons in my game.
Today at 6:35 AM •••