Problem with States, DOTS, and BattleCoreEngine

With BEC plus the action sequence pack, I can change my character animation to actually show her using her claw. I can also do other things like mix action hits with multihitting animations (Pummel attack where I can match damage application with the animation itself, rather than animation first and then damage after). <b>However</b>, Dots and other states stop functioning correctly, and it breaks my ATB system making it impossible for one of my party members to even get a turn.

For one thing, it triggers twice each time. It also triggers about twice as often as it should. It also seems to trigger every time I hit the poisoned enemy, but that could be pure coincidence simply for the fact that it triggers so often it may happen to line up with the hits. 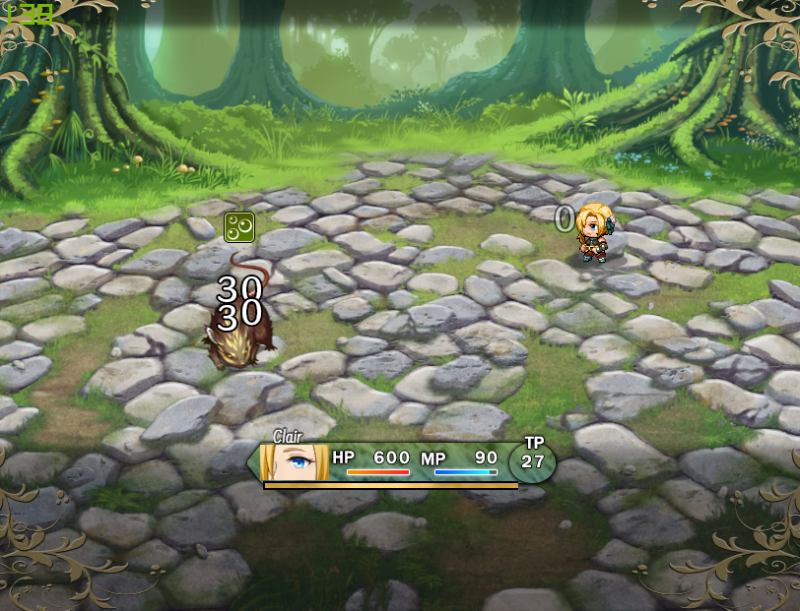 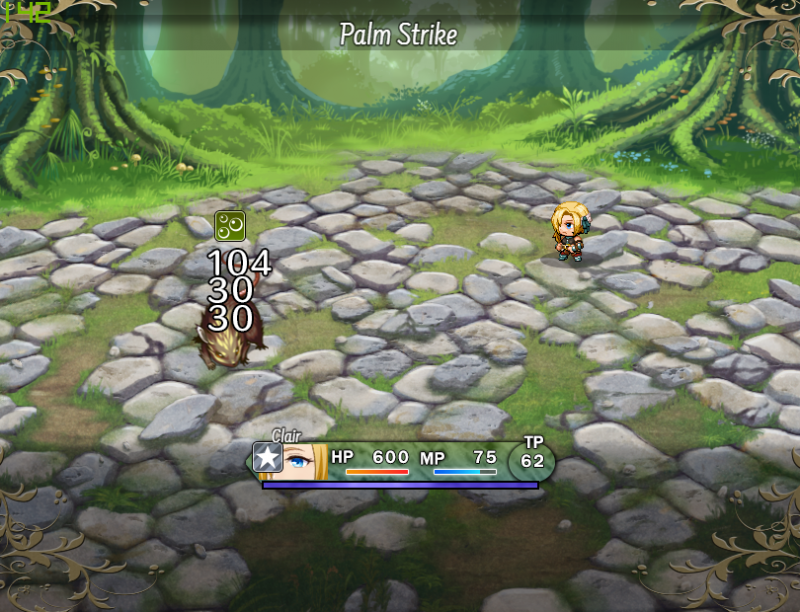 It also seems to cause party buff states to drop off faster than they should. After a bunch of tweaking, I may or may not have fixed it, but I don't know if other things in the future will break it, because it seems to unfix itself every so often. I'll put that one on the backburner for now though.

Lastly, it's causing my ATB to go wild. Usually, the bars fill up, and once a person receives a turn prompt (or an enemy attacks) the bars stop filling, and stay paused until the animations and damage are concluded. With BEC, the ATB pauses, but resumes as soon as a command is selected, causing all of the gauges to fill up while performing an action. This somehow also causes one of my party members to never get to make a move, as after the third party member has acted, the first one is filled up again and she gets priority.

Short of finding a complete solution to all of these problems, is there a way to trim BEC down so that the ONLY thing it modifies is the ability to show weapon swings on skills? I just want the ability to use the action sequence pack without BEC, or at least an extremely lite version of it.

From your description it partially sounds as if you forgot to specify your weapon types, have you checked using that option with your ATB plugin?

Hi, and thanks for the reply. The skill type is not set to [SV] Magic, I also saw a reply similar to yours in another thread, but it's definitely not what's happening here.

The weapon type is Glove. I have a Glove equipped, the required weapon types on all of her skills are Claw and Glove. Hit type is physical attack. Damage is Type HP damage Element Physical.

I assume you are using Yanfly's BattlecoreEngine? If so that doesn't support ATB at all. Yanfly dropped support for ATB systems back around MV 1.3.

Really? That's odd, there's a bunch of ATB options right in there.

So what I'm understanding right now is, if I want to use an attack skill where I swing or extend my weapon followed by an animation damage, I absolutely cannot use an ATB system? If so, that's enough to make me cease my entire project.

Is there some other way to show a weapon swing for an attack skill? My understanding is that by default, the weapon can only appear when using the skill in ID#1, which is the regular attack, and the only way to change that is by using the action sequence pack. And the only way to make that work is by having BEC, and using that breaks my combat system.

Yanfly dropped official ATB support in 2016 or so. You can still set it as they used to have an ATB system too, but if it works or not is a roll of the dice. However what you describe sounds more like you have some settings off in your ATB, as you need to play with it and set the ticks right and other things.

Plus there are probably other weapon animation plug-ins which work with ATB. You may need to find one of those instead.

From what I've been reading, the weapon animation I'm describing that I want are supposed to happen by default. This tells me one of my current plugins are actively preventing it. This is gonna be a long night. If anyone has come across this before, let me know.

Looking at your screenshot I think you've got some Moghunter plug-ins, and those by tradition never work with Yanfly's plug-ins. So it might be a conflict between those two. Still, if you can post a screenshot of your plug-in list that will help as maybe someone can find the error. Maybe it is as simple as plug-ins out of order? 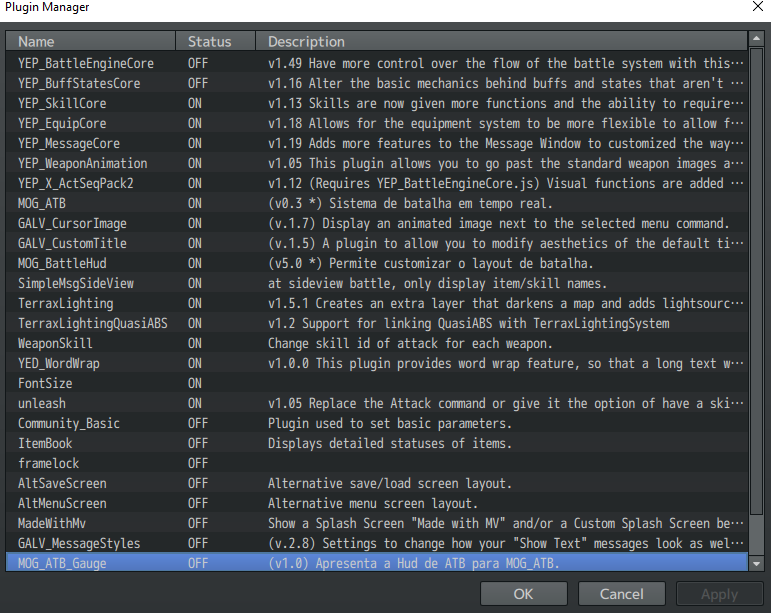 Yes there's definitely some MOG plugins. I remember going through a list of Yanfly plugins when I first got RMMV and it mentioned ATB was no longer supported, and ATB is what I wanted to do. So I found an alternative, and worked incredibly well up until this point.

A quick note, I toggle between BEC being on and off while solving the issue, it happened to be off here.

BuffStatesCore just never worked for me, even after trying to disable all other plugins. I get an error any time I enter the menu or battle and it crashes the client. I am not concerned by this, it can be ignored for the purposes of troubleshooting the current issues.

As of now I have tried going through and opening the game after disabling each plugin one by one to see if anything is interfering with a weapon swing. Nothing changes it. I'll post some screens of my weapons, skills, etc. 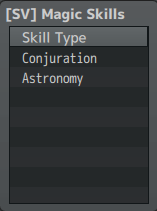 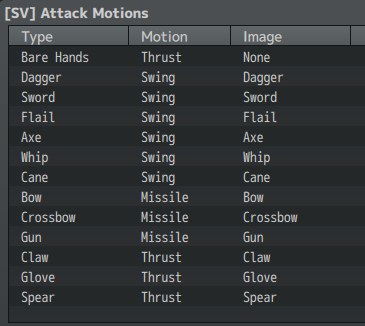 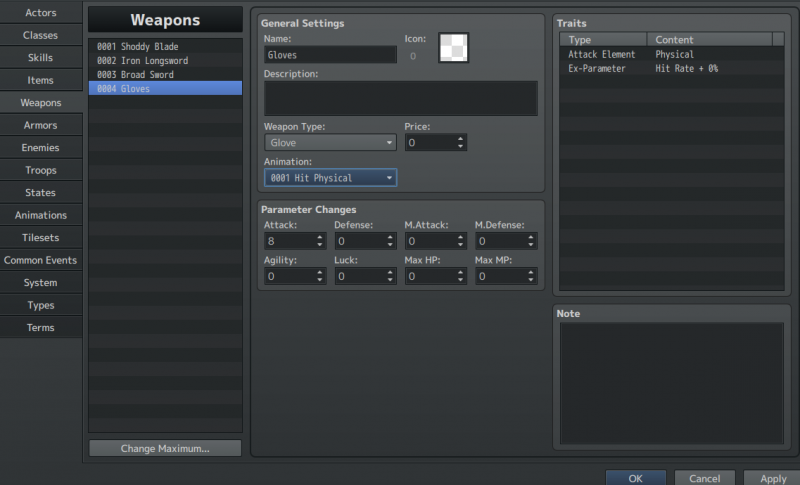 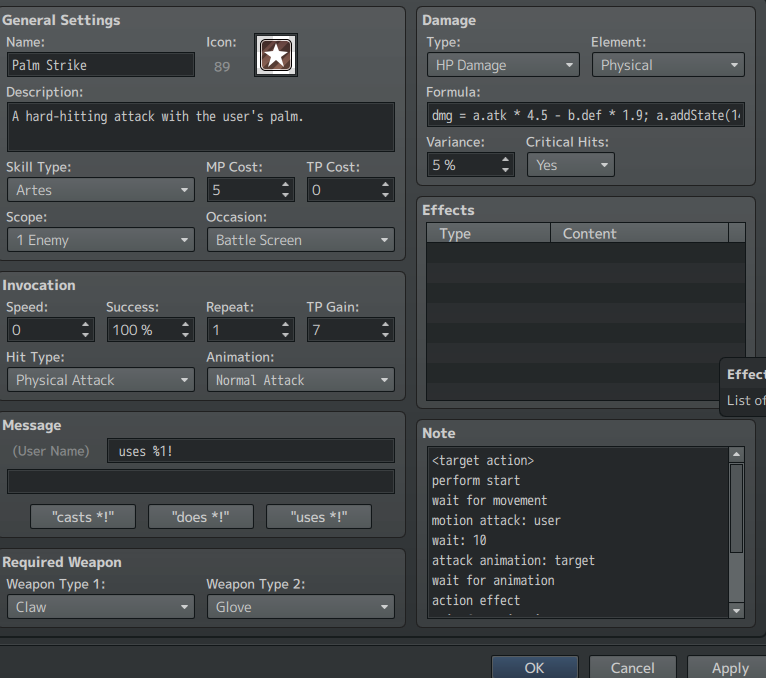 I've tried removing the note tags as well, no changes.

Also, I'm starting a new game each time I test it, I'm not loading. So that's not the problem. I know loading instead of NG can cause fixed not to apply.
Last edited: Mar 11, 2019

I have two ideas looking at the plug-ins.

1: Mog_ATB says it is version 0.3, which usually means it isn't a final version. Any chance there is a newer version of that one?

2: Have you tried moving ATB and the ATB bar plug-in above Yanfly's Battleenginecore?

Hi, thanks again for your replies.

0.3 appears to be the latest version, and was last updated around a month ago.

There have been many posts from all of my google searching from people saying that it should work by default. I don't know where they are getting that information from, but it is objectively false, as playing on a clean project should have gotten me the results I wanted.

Hmmm....I'd post your attack sequence you tried on double attack as well as the skill. I myself know zilch about attack sequences as I don't use them but maybe someone else can see if there is an error in it?

Well, double attack is just a default skill in the engine as a placeholder. There is no attack sequence note tag associated with it as there are no plugins to support it by default.

Ok, so you are using that version of Double Attack, didn't know. I myself have no idea on this one now, but hopefully someone who works more with MV can help more?

Still hugging. I really just don't get it, but I appreciate all of your attempts. I found a couple of other threads where the person found the solution to the problem, but didn't post what it was, and then the mod closed the thread. Super helpful lol.
Last edited: Mar 11, 2019

Yanfly's ATB still works even up to this point, I use it in my project. There's just no support for it.
I'd put my money on MOG's ATB being the culprit for your DoT issue. I've had no luck getting anything other than visual plugins from MOG to work with Yanfly's core plugins.

EDIT: What's the unleash plugin you have?

Hi thanks for joining in Johnboy. I'll try Yanfly's ATB. Like I mentioned though MOGs was working beautifully, way better than expected, up until this little snag. I'll give it a try though.

MOG's ATB is an excellent plugin, no question. But it just doesn't work with Battle engine core. I even tried to write a patch plugin for it but there's just way too much going on for me to do it.

Yanfly's ATB seems to work just fine, and even works with MOG's UI in the exact same way that MOGs ATB did. Poison triggers once, and only after the enemy attacks. I dunno, looks like it's all fine and dandy now. Going out now, but will check in detail later. I wonder why he would've stopped support, this is the best method of battle... lol

Yanfly stopped supporting it because people were filing a lot of false bug reports and just due to the workload they piled upon themselves. I know at one point they were having health issues due to the amount of time they spent hunting bugs, writing plugins and working on (mostly) false bug reports.

Yanfly is generous enough to provide free plugins for us all in the community to use, but that doesn't mean it needs to come at the expense of their health.

The only issue so far I have with Yanfly's ATB is that it's actually more of a wait style ATB as opposed to semi-active/active ATB. But considering that the plugin has basically been untouched except for one minor update in the last 2 1/2 years, it shows just how well designed the plugin actually is.
You must log in or register to reply here.
Share:
Facebook Twitter Reddit Pinterest Tumblr WhatsApp Email Link

Ryisunique
My computer is now on the dead list. Parts and Services stopped two days ago for this type.
Today at 7:04 AM •••
Gigajaba
someone help my thread has been silent since the initial post I just wanna make a goddamn game
Today at 6:37 AM •••