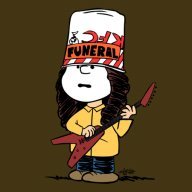 My name is Alex and I've spent most of my life in video games, working for IGN Italy, VideoGamer Italia and another bunch of site. I'm currently a freelance editor for GamesVillage and I now I want to make my first game. After three years of experiments, I think I've found the right plot and the right structure. But I'm seeking for collaborations.

The main goal is to produce a demo of 30 minutes, with all features. Then try to find a publisher or a secure way to ensure everyone to get profit. My biggest goal is to live with video games, I know is struggling and difficult, but I think worth a chance.

After this introduction, I want to tell more about my project and why I decided to choose RPG Maker as engine.


Project November: turn based setting in Donbass
​
Project November (working title) is a story of revenge. A group of partisans seeking vengance for a war crime in Donbass. Is a story driven game, not an RPG at all, but with turn based combat. The lenght is about 10 hours, a short game I know, but I want to make a great experience, based on story and narrative.

I've already written a design document (using One Page Template) that can be fruitable for a little impression. I've explored all the scripts and plugins for the engine to make sure that all the features can be make in RPG Maker.


Features
​
I need a team!
​
The most important part for me is the art. I'm seeking for a group of people (at leat two members) that can guide two or three aspect of development.

That's all! I will do the rest of the job: events, cutscene and dialogues will be on my shoulders.

Thanks so much for your attention, I hope to get a feedback (even negative) and I hope so ear you soon!