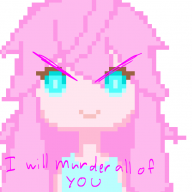 Projekt-uni
The game that takes a spin to Kingdom Hearts!
​
SECTION A: SYNOPSIS

This game that I've started development yesterday is a take on the basics of a Kingdom Hearts game and make a semi open rpg thing. You play as a young boy named Ichiro Esprin (pronounced like aspirin but with an e), a boy that has an ability to manipulate metal and make intricate objects with them that lives with his mom, Felicia Esprin, who is a farmer and an ex-traveler.
In the beginning of the game, Felicia asks you to go buy some chickens. You go and find a chicken you like, but....there's another room with more chickens. So you go to the next room and discover two chickens that can speak. Well, one of them speaks english. The other one speaks... in meows? That chicken soon realizes that neither can she or people around her understand so she casts a translation spell and now everyone understands her! However, there's no more mana to turn the two chickens back to humans so you're on a mission to turn them back into humans by finding a mana potion (which is an extreme rarity in the town where Ichiro is in).

Considered Mechanics in/after that section of the game:

Since the game is mainly open world, the story is not fully structured. I want to make the story itself being general while the rest is made from the player's experience. For example, when your party reaches a world that was simular to a world you went to before, the characters will mention that world as a comparison. If the battles are easier/harder than the previous world, they will mention the difficulty as well. When you have a knocked out character, the other characters will state that you need to find a way to revive them, and if they died, the characters will make a moment of silence for the dead character.
SECTION D: SETTING AND/OR WORLD DEVELOPMENT

LunarFlareStudios
How has this place been dead quiet since after I posted about Deltarune? That's the only post that people are reacting to now... will you please read my other statuses?
Today at 3:12 PM •••