Public Domain (Free anything for anyone!)

Hey all. I want to tell you a secret, which some of you might know about, but plenty of you do not. And this secret has a name: The public Domain.

What is the Public Domain?
The public domain is an unlimited virtual database, filled with anything that has no copyright claim. This includes art by artists who do not work for fame or gold and just want to see their work being used, but this is so much more. Sooner or later, everything ends up in the public domain. Everything!

And everything that is in the public domain, belongs to you, me and everyone else. We can take it, use it and do with it whatever we want. Even if we make a million bucks off of it, no-one could stop us.

What is in the Public Domain?
The public domain is filled with anything that could be copyrighted, like the invention of a fork till the most famous painting by Van Gogh... But to not over complicate things, I will give you the examples you and I can use in our games.

In the public domain, you will find tons (and tons and tons) of:
- Art
- Music
- Books
- Movies

Wait, wait, wait! Not everything is public domain!
I gave Van Gogh as an example before, and I will use this example again. Can any of you name a famous painting by Van Gogh? I can, although I only know the Dutch titles (since like Van Gogh, I am Dutch too). But I could be wrong, or most of you know "de nachtwacht" as "the night watch". And when I just say the title, many of you know exactly what painting I talk about and what it looks like. If not the night watch, then you probably know the paining with the sunflowers or the self portrait with his ear cut off. 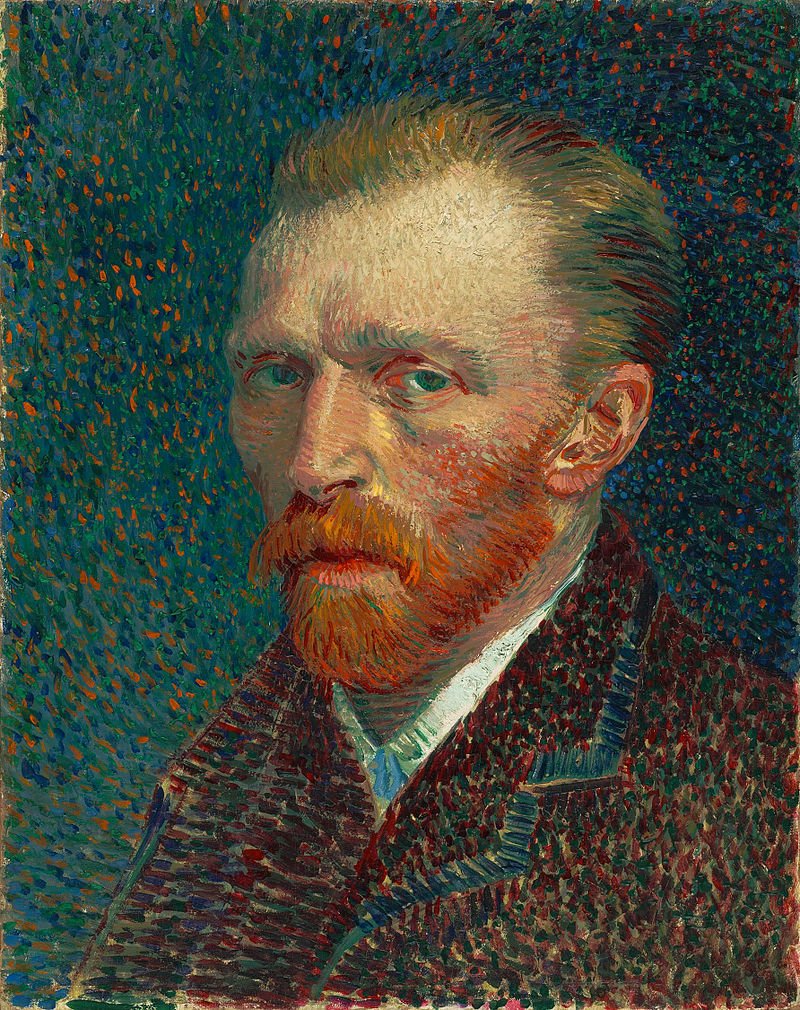 The reason you all know what those paintings look like, is because they are posted anywhere. You might find them in magazines and on TV. Those paintings are used in ads, on the cover of a book or... Maybe even on a shirt.
However, another Dutch painter, Herman Brood, is much more popular these days, but his art you hardly see anywhere. There will not be too many people here who even know who he was, unless you are Dutch too.

So, why do you all know Van Gogh, and hardly any of you would know Herman Brood? Why do we see Van Goghs paintings everywhere, while you really have to search to find a painting of Herman Brood? The reason is copyrights. Van Goghs work is in the public domain, meaning it can be used without any fee or penalty, while Broods work is copyrighted. Even though both painters dead and gone.

How does something end up in the public domain?
That differs per artist. Some artists choose to not claim any copyrights and therefor they come public domain. But those are relatively rare cases. In by far all cases, the artists has to be dead for quite some time. Herman Brood die 21 years ago (2001) and that is not long enough to freely use his art. Van Gogh died in 1890, which is 131 and a half year back. This is more than enough to lose his claim on his own work.

How long an artist needs to be dead, before you can shamelessly and freely take their work to do with as you please, depends on the country they came from. For American artists this is 70 years. For artists from other countries the length might be a bit shorter or even longer. The "length of copyright" is pretty much always between the 50 and the 100 years.

Curious how long you need to be dead before people can legally take you art? HERE (wikipedia) is a full list of copyright lengths per country.

Any cool stuff in the public domain?
You tell me! Here is some awesome examples you might love:
And so much more!!! 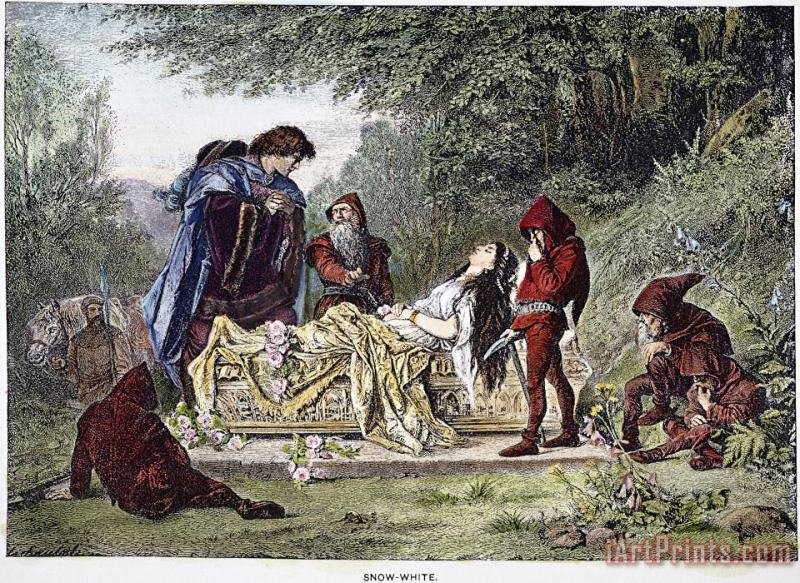 Snow White, the original story, is written by the brothers Jacob and Wilhelm Grimm (Germany) Who died in 1859 and 1863. Snow White the Disney Classic was made by a company that still exists, those movies and the designs will not be in the public domain for a long, long time.

So you CAN legally make a Snow White game, with 7 dwarves and an evil stepmom who sends a hunter after her pretty daughter just because she is prettier than herself but then the hunter can't do it cause she's too pretty... You know the story. And it is 100% legal...
But you CAN NOT use any of the Disney graphics to do so. Even her dress is copyrighted!!! The names given to the Dwarves... That is Disney as well.

And you CAN legally make a game about Robin Hood.
But you CAN NOT base it on Robin Hood - Men in Tights

You CAN legally make a game about Sherlock Holmes,
But you CAN NOT include his "sister" Enola Holmes, who was created by Netflix.

So, you have to make sure you base your work on the original, and not on a remake.

The same goes for music... You can legally use a classical piece in your game, but you have to record it yourself. Most recordings are newer than the pieces itself, and the recordings are therefor not automatically in the public domain.

DISCLAIMER!!!
Before anyone takes my words the wrong way... You are not allowed to break in at the Van Gogh museum and steal the Sunflowers (another famous panting by the master). You can use an image of it, or recreate it, but the painting itself is not free for the taking.

Enjoy your new, free and enormous library or very old assets.
I hope this educated a few of you about the possibilities that are offered by the public domain. And if you think it is a bad idea, you better think again: This is how Disney got big. Their all time best sellers were all remakes of stories in the public domain, mostly written by the Grimm brothers. This is also how Skyrim feels so familiar. For those who never noticed: Skyrim lore is heavily based on Scandinavian mythology. So if you thought that Skyrim took a lot from the vikings... Then you are absolutely right!

List of books in the public domain:
https://www.goodreads.com/shelf/show/public-domain
(Know any cool public titles you want me to add to the list? Please let me know!)

IMPORTANT EDIT!!
If you are unsure about anything, please ask! I already found 1 person who went to fandom, found fan-art and believed that to be public domain. But here is the nasty part: When an artist give up their claim on their art, because they made fan art of copyrighted content, then that art is still useless. 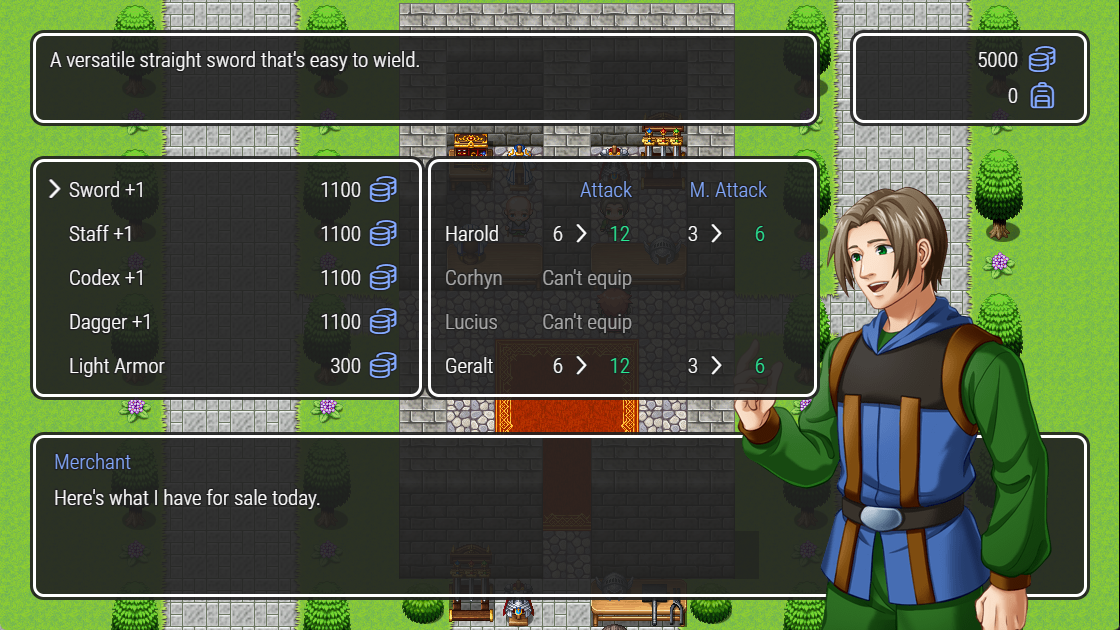 Harold will need to do a lot of shopping on his quest, so I thought I'd try tackling the shop design tonight.
6 minutes ago •••

HexMozart88
Never play a random encounter RPG on the toilet. Just don't. Especially not one with save points instead of menu saving.
Today at 10:24 AM •••

zerobeat032
spent the entire day working on problems I was having in battle. enemy's tagging in and out was one of them.
Today at 9:57 AM •••

Nenen
Check out the Driftwood gamejam submissions, there's some pretty good projects in there.

48Tentacles
Define purpose in your own words.
And assuming it doesn't contradict your definition: if someone takes your purpose away, can you get a new one?
Today at 7:43 AM •••