Question about Fair Use 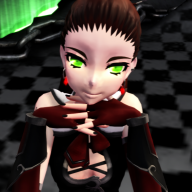 I'm making a game for my grandfather's birthday that I would probably like to post later(free/nonprofit) to show off and he's a huge Donald Duck fan. So, my idea was to play as Donald and save Daisy from a tower like in a fairy tale. Then I realized that Disney is cutthroat about their characters' usage (regardless of creative/fair use) so I thought to just have my grandpa play as the rescuer and my grandma can be the princess and I could just have Donald cameo as a shopkeeper or something. I looked up Disney's fair use policy and honestly couldn't comprehend any of it and the fair use laws(US) didn't make much more sense either. I'm not a lawyer and I'm not really that smart. Does anyone know if having Donald/Daisy as characters in a nonprofit, non-slandering game allowed?

PS I wasn't sure where to post this thread, I hope it was in the right topic.


I would suggest you check out my legal guide for creators. There's lots of information many creators aren't aware of, not just limited to copyright laws. Check it out here:

@DemiDawnfall The term "commercial" can mean different things in different context. In the contractual sense, it usually means both direct and indirect revenue. For the IRS or another Tax Revenue Agency (in Canada for instance, since I'm from Canada), the commercial aspect of a personal business...

As for your situation, it's the same explanation I always give everyone. Just because you aren't making money of of it doesn't mean that fair use applies. Making a game with assets taken from Disney's intellectual property wouldn't be protected under fair use and would constitute an infringement. They will probably not sue you, and probably won't even know your game exists. However, that doesn't make it legal.

I have no idea if Donald/Daisy are still copyrighted, but if they are you can't use them. Copyrights do expired after a while (it used to be 50 years after creation for copyrights held by corporation, but companies like Disney are good to pressure the government to increase those periods. It's now up to 75 years in the US I think, still 50 years in Canada).
You must log in or register to reply here.
Share:
Facebook Twitter Reddit Pinterest Tumblr WhatsApp Email Link