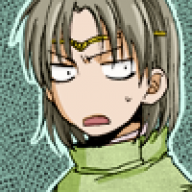 Basically what I am trying to do is edit the Window_ShopStatus to display six actors in the windows, instead of 4.


Things I have already tried:


Having the 4 change into a 6. This kinda worked as now five actors are being displayed in the window.

~ Removed displaying "possession" hoping the text (as in actor's names) would just move up to the top of the window, but it did not.

~ I've tried removing the text of the armor already equipped to the actor to make room for more names, but that didn't seem to work either. There are still huge spaces between names (is it possible to remove that?)

What is your screen resolution? If it is 544x416 then perhaps changing it to 640x480 will help. I have a few scripts that I use in my game and I get up to 8 players at 640 resolution. I actually dropped one of my characters because the shop only showed 8.

Edit:
~ So I just checked, and indeed I do.
~ Looking over the script I can tell it uses Window_ShopStatus directly, as changing the display number there increased it in the shop menu as well (but only up to 5).
~ Does anyone smarter than me (not hard) know how to even lower the font size in Window_ShopStatus to fit everything?
Last edited: Jun 7, 2017

Do you have any scripts for the shop? I don't remember if it is yanfly or blackmorning that gives me the larger numbers.

Kuro DCupu
Kid : "MOOOMM! My poop is bloody red!" Me, an intellectual : "There's worm parasite inside your body. You gonna die soon."
15 minutes ago •••

Finnuval
Caught a guy trying to break into our house today. Appearantly he intended to burgle our neighbor (a 94yo widow) but picked the wrong house. Faced with two angry males he was quick to give up without a fight...
Today at 9:06 PM •••