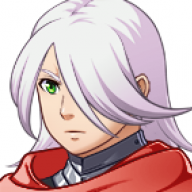 So, like with VX Ace (maybe prior to those too) in the Game End window there was a quit to windows. So I took the liberty of adding it in. It works! But the wording doesn't show up, but if anyone would like to help edit the files to where 'Quit' shows up, that'd be appreciated.

I put the codes between 'To Title' and 'Cancel', but just shows up as a blank space. Thanks again if you look through it. I think that it's a function that a lot would like to have, that's why I also wanted to do this.

I'd also like to know where I went wrong in the coding.

You haven't defined TextManager.quit, so it doesn't know what to show as the command text.

More to the point, you've set it to TextManager.getter('command', 26) which returns undefined, because the command list doesn't have a 26th index.

As there's no way to change the editor itself to include an extra term option, just put 'Quit' where you have TextManager.quit.
Last edited: Mar 7, 2017