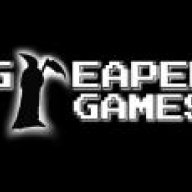 I Reap what I Sow

A young man namd Rick suddenly woke up surrounded by the wreckage ih his house.

Astonished by everything he saw,he stood and he walked to go outside and see

whats going on.And there outside,he saw the city,Destroyed,abandoned and no

life can be found.He saw a dead body holding a mysterious gun which he took.

Even thought he is scared,he fought the monsters that terrorizes the ruined city

until he passed out.After that,a group of Rescuers came and told him everything

"Different countries suddenly came over a huge misunderstanding.They all

stated a Nuclear War and hundreds of Missiles were launched.When they

came out from the nuclear rockets affected its environment and every

living creature turning them into a monster...Monster that kills human survivors..."

Knowing those things,he also found out that he was in a Coma and he had beed sleeping

his quest was to defeat all those monsters and make a better place for humans to live.As

well as to find his missing memories.

A Survivor knowing nothing of his memories.Surprisingly good with guns and swords,

Leader of the Survivors Rescue team.The most fearsome of the group and specializes

Snipers.Brave and strong,her goal was to save her comrades and to find more survivors.

Smartest one in the group.Formulates plan even in the direst situation.Can handle

rifles easily and is very nice.His goal was to learn more about the Monsters like

Strongest one in the group.Emotionless yet Brave.He is the master of Shotguns and can perform close-combats against monsters.His goal was to never die and never let others

The genius behind the special bullets created to destroy the monsters.His goal is to

Many Weapons to choose from!!

(Thanks to all of you

Hyperly
I'm moving on from RMXP finally. I've been stuck in a difficult decision between XP and MZ, and I've given up and moved on to MZ. Overall I'm really liking it, I wish tilesets were easier to setup like XP, but it's actually not that bad!
17 minutes ago •••

TheGentlemanLoser
Have you ever gone full 'Ship of Theseus' while frankenspriting? Because I just did.
48 minutes ago •••