Random actor and enemy names, for RPG Maker MV. A simple port of my script for RPG Maker VX Ace, which had pretty much the same functionality. This plugin allows the user to define lists of names (as either a parameter for the plugin, or in the actor/enemy notebox) from which an actor or enemy can randomly select a name on setup.

This script is free for use in commercial games, though if you do happen to release a commercial game using it, I wouldn't mind if you dropped me an e-mail so I could check it out.

After installing plugin, add one of the following tags to an actor or enemy that is to have a random name:

Actor or enemy will take a random name from the named list parameter when the setup function is called. As provided, the script has three lists as parameters, imaginatively named 'list1', 'list2' and 'list3' (which, uh, contain FFT's name lists for males, females and monsters by default; you may want to change these), but additional lists can be added just by editing the plugin and adding further parameters in the same format.

Uses the separator character defined by the parameter 'Separator'; a comma by default.

Actor or enemy will take a random name from the provided list when the setup function is called.

Uses the separator character defined by the parameter 'Separator'; a comma by default.

The most up-to-date version of the plugin should always be found here: https://github.com/Feldherren/mv-random-names
Last edited: Sep 4, 2017 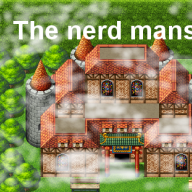 This is pretty cool. 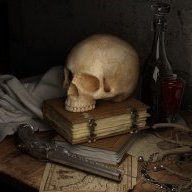 This is simple yet it is very powerful plugin when used in a project. It lets you deepen the immersion so much! I highly recommend it.

Avery
Been so busy lately that I wonder if I should slowly start preparing the advent calendar resources so I have enough in december.
Today at 7:15 PM •••

CrowStorm
Man, I wish it was harder for mean d-holes to make me feel like crying.
Today at 4:55 PM •••