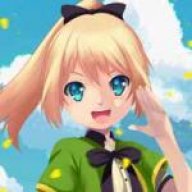 Do we have a fan of final fantasy tactics here? XD 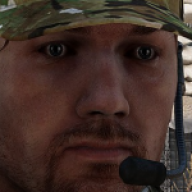 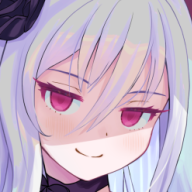 Sometimes I do things. 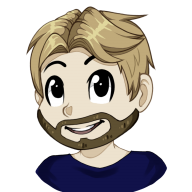 dexter64 said:
Do we have a fan of final fantasy tactics here? XD

I created her for a short story of mine and decided to draw her.

Nio: Mmh.  Those eyes are fantastic.  I wish I could so confidently draw lines. That hair is also exquisite - mine always comes out looking either flat or repetitive.

Another piece of art for my entry in /rpgmg/'s collab-game down.  Needed a boss-character's battler - the images posted below are at their native resolution.  I have to downscale them about 60-65% to get them to take up the right amount of screen space in game.  In the game she's a dark magic artificer - but in this particular instance we're seeing her through the lense of a dream-altering artifact, which allows her to grossly exaggerate her normally not-particularly-strong dark powers.

If you'd like to see a timelapse of it being painted:

The hype train broke its brakes and I tried to make something-something.
http://i.imgur.com/LGT5rp0.gifv

Excuse the moonwalk. It  was the only way to keep her from moving out the frame in 1 second.
Last edited by a moderator: Dec 26, 2015


dexter64 said:
Do we have a fan of final fantasy tactics here? XD

By the time I heard of the game it was pretty dated so I never got the chance to check it out.  But the artwork looks great.

By the way you should link your siggy to your facebook so people can click and visit.  You're making me manually type it in and I'm lazy But really people are more likely to check it out if all they have to do is click rather than type.

here lol It's progress more you also see a  1 years old draw of my character lol  so ....NOPE I DIDN'T IMPROVED AT ALL!

nio kasgami said:
here lol It's progress more you also see a  1 years old draw of my character lol  so ....NOPE I DIDN'T IMPROVED AT ALL!

You've improved.  There's more detail with the shadowing and texture.  Her hair looks more like hair, her eyes have more depth to them, and her face has more believable shading...also good angle and mood choice.  I think you did a good job overall.  If I were doing a visual novel right now that would be close to the style I'd want.  So not bad

You guys are amazing

I feel ashamed to show mine, lol. 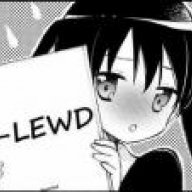 Hearthbreak you don't need to be ashamed, it looks really good, of course there is always space for improvement, but we all started small. So just keep practicing.

it's not bad lol just like 2 or 3 years more of practice and you will get as good than use just be ....DETERMINED! #getSueForUndertaleCopyright

I'm thoroughly enjoying this new piece of software my girlfriend pointed out to me called Design Doll.

I always have trouble locating good reference material and, even when I do find it, it often either took me a long while, or it's not the right style or exactly what I wanted.

This is a program like DAZ3D and Poser - except that it's focused more on anime/manga style characters.  Inventively, it even allows you to (as if they were dolls) paint onto their surfaces so you can precisely keep track of where noses, eyes, and mouths are supposed to go.  It's really cool stuff and even though I'm only 24 hours into using it I feel like I'm already starting to figure out how the IK chains want to move.   There's a little hiccuping here and there since you only get to move the main control points of the chain (e.g. I'll often have to extend an arm fully and rotate it sometimes if it gets in a position where it wants to 'go backwards') but I still can make my poses faster than I was able to find them before.

Anywho, enough exposition, onto some prototype results.  Each of these only took me about 40 minutes to paint - including the time to set up the poses.

No reason to be disappointed   And I remember 'I love coffee' from LINE. Used to play that all the time (if im remembering the right game).

Ohoho hey, that program sounds awesome. I might get it myself. Cause i cant draw cool poses :

..and here i am. Remaking my characters in boring poses ;-v-

I messed up his eyes on the big picture, but everything else looks fine by my standards.