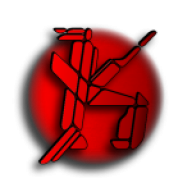 
Credit/Terms of use:
No need to credit me or anything, and it may be used however you wish; commercial or non-commercial.


Author's Notes
This is my first plugin ever, I've never coded before. I'm still learning and I am quite sure I made tons of mistakes so any help is appreciated lol. Hopefully it works as intended at least
Last edited by a moderator: Dec 8, 2015 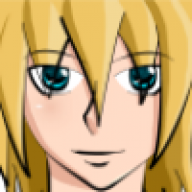 Thanks a lot
Wwhile it's not that hard to set up in maker, it's a nice thing to have as plugin
Imma use it because it reminded me that I should have this.
I remember "The world ends with you" having random bgms in battle out of like 5.
It was refreshing to hear different ones playing.
Anyway u'll get credited because I can't live with myself without crediting people xd

I actually did this just to practice the little I've learned of Javascript and how to make plugins for MV. 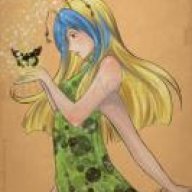 There is one little bug/inconvenience thing so I thought I'd ask.

If I use this with yanfly's formation menu (his/her party system) The song would randomly change once you go back to the battle. They made a fix that would preserve the same song but it didn't have an effect.

I tried to use your plugin commands in order to choose a specific song , although it crashes and can't load it. I made sure that I wrote the name of it correctly.

Normally it's fine, although for boss fights I wouldn't want it to change the music because it becomes one of the randomly designated songs for normal battles.

Thanks for the plugin though, it's really helpful

@Myst Desdemona - When I tried out Yanfly's Party System, that's the first thing I noticed and I was like "Noooooooooo" but I think I finally fixed it.

I will update this asap. EDIT: updated.

Thank you so much for your feedback
Last edited by a moderator: Dec 8, 2015

Happy to help! Thank you for updating it 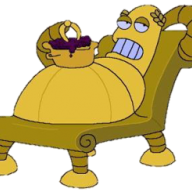 I can't get this to work for the life of me. It says 'Failed to load undefined.ogg'. I'm using exact filenames from audio/bgm/. What am I doing wrong?

Oberon said:
I can't get this to work for the life of me. It says 'Failed to load undefined.ogg'. I'm using exact filenames from audio/bgm/. What am I doing wrong?
Click to expand...

Do you have your audio files saved as .m4a and .ogg in your bgm folder?

Ja! For example, "Battle 1" and "Battle 2" are m4a and .ogg in the bgm folder...but I list them in the activated plugin settings and get the "undefined" message in game. Do all 30 slots need to be filled?

Oberon said:
Ja! For example, "Battle 1" and "Battle 2" are m4a and .ogg in the bgm folder...but I list them in the activated plugin settings and get the "undefined" message in game. Do all 30 slots need to be filled?
Click to expand...

No they don't.
The only thing I know you could check would be spell checking, but I guess in this case you would have got a proper error message.

Try to remove spaces in your filenames and see if that works, I think newer versions of the engine doesnt work with spaces in filenames anymore.

Yeah, I still can't get it to work. Damn, I have no idea what's wrong with it.