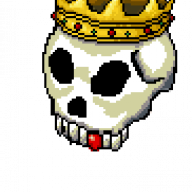 You need to store which maps are cleared and change the random selection based on that.

Let me show you the principle of how you can get this to work:

Whenever you clear a room I would set the specific room switch while sharing the room cleared variabled adding in a common event.

Good luck setting it up. Have fun while doing it.

Do you WANT to use a script for this? It can be done with events.

Try implementing exactly what I have created. The same event commands and all.

And of course, try to have fun while doing it.

Scripting this is easier and more natural when you can both event and script. Eventing it is however much more fun.

lol! In this case, I would use eventing, with numerous Script snippets thrown into the mix

This problem is actually two problems! The first one is visiting rooms in a certain order from a door, but never the same room twice. The second one is the actual randomizing.

The first can be solved like this; Take a number of variables equal to the number of rooms you want to visit, say, Variable 2 to 5. The first time you use the door, it checks with a conditional branch if Variable 2 is bigger than 0. If so it teleports the player to the Map Id stored in stored in Variable 2 AND (here's the important part) sets Variable 2 to 0 so we know the player has been there before.

The next time you try to open the door, it will check that Variable 2 is zero, and go to check Variable 3 next. If it is not 0, it will teleport the player to the Mapid stored in Variable 3 and set it to 0. And so on until you've worked through all of the possible maps.

the second problem is randomizing which variables lead to which map ids. we can do that with the 'Script' event! Put this into the box that comes up when you click on "Script...";