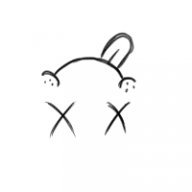 What if you started as a random character, having the ability to obtain super rare characters or normal one's

so..., the idea is for: party members, bosses and, maybe even the story to be chosen randomly.

maybe your first play through

or you get to be the dragon king trying to destroy the world.

Maybe your a man who does everything he can to save his wife.

the possibilities could be endless,

and the adventure could be breath taking.

This sounds like it's inspired by the Roguelike play mechanic.  The core parts of this mechanic are:

- Death is always permanent (there is 1 save file only, to make it harder)

- Dungeons and items are randomly generated

Personally, it wouldn't be my thing.  I like a more story focused RPG, and when you have a lot of randomization, it's much, much harder to make an actual story out of it.  Sure you can have an end goal, but the rest of the game won't, well, flow towards that goal.