Ranking Systems through Leveling Up 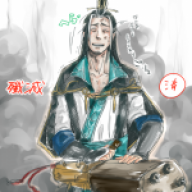 I Wanna Be The Very Best

I am new to posting on the forum so please bear with me.

I am trying to do a ranking system. Here are the mechanics:

Every 10 levels that an actor goes up, they go through ranks.

I've tried variables and common events but I don't know how to actually get it working.

I did the variable tutorial and I still don't understand. I really need help with this.

If not, is there a script tactic I can use?

Thank you so much :c

From now on, post topics like this in the appropriate "Support" forum so we know which Maker you are working with.  Game Mechanics Design is not for "how-to" questions, but rather for conceptual discussion (it can be a little confusing).

This should be pretty easy to do - there is an event command in most Makers called "Control Variables" and an option under that to set a variable to "Game Data".  Then you choose an Actor's Level.  So if you want to know Aluxes' level, you would set a variable of your choosing (let's pick Variable #12) to "Aluxes' Level" using Control Variables.

You can put this in any event you want, including an event on the map that you can interact with.  If you want to put it in a Common Event, you will need to call the Common Event from another event using the "Call Common Event" event command.  If you want to display the rank as part of a menu, rather than a message box, then you will need to either learn scripting (RGSS or JavaScript, based on the Maker), or make a request in "Scripts Requests" or "Plugins Requests".

I Wanna Be The Very Best

I am going to try this now! Thank you so much!

kairi_key
One thing those jp developer still get wrong about boob physic is that... men's muscly hard pecs can jiggle too.
11 minutes ago •••
Drakkonis
Definitely glad I haven't released a few of my plugins that are technically done. As I learn more, I find ways to make my code more efficient, and in one case so far, discovered an existing function that did EXACTLY what I created my own function to do.
Today at 11:13 AM •••