OMG!! I'm so sorry I did not read your reply until now guys! Lol xD I wish it appears on the notif if your thread has new replies. >.<

@Kokoro Hane - Thank you so much and I'm glad you like 'em!! ^_^ And yes, this will be my very first commercial release! ^_^ I am so excited for it indeed! And it's now currently in private beta ^_^ So there are tons of changes already that aren't present in the current public demo! But if you still wish to play the demo, then feel free to do so, Kokoro, and I hope you enjoy! ^_^

@Finnuval - Thanks so much, Finnuval! And oh my!! Klein really means small in Dutch?! That's interesting haha xD Poor Klein xD I guess that must mean he's small >.< XDD

Starmage said:
OMG!! I'm so sorry I did not read your reply until now guys! Lol xD I wish it appears on the notif if your thread has new replies. >.<
Click to expand... 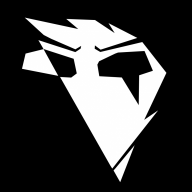 I need help, thanks.

I'll give this one a go. The project I'm working on also has a sci fi twist and an ATB battle system

I'll post my feedback in due time, or I can PM you if you'd prefer that instead.

Hello @DownwardSpiral !! Thank you so much for deciding to give the public demo a go! ^_^ Hope you will enjoy it! And I would so love to hear your feedback indeed! its your choice if u wish to PM or post ot here! Also, just a little note that there have already been tons of changes of this game on its current private beta test build ^^ so some things in this demo may no longer represent the finished product. xD. Im currently out of town right now, so ill get to check from time to time here with a slow wifi hahah xD. PS: High five for another sci fi enthusiast! ^^ would love to see your game!

@Starmage, lol where are 300 Spartans to defeat Xerxes?

Kupotepo said:
@Starmage, lol where are 300 Spartans to defeat Xerxes?
Click to expand...

OMg!! xDD I love that xDD

Thank you so much for checking out, @MARKRONSON ! ^__^

Okay, so I know its been long since I've updated or even posted about the game in general. xD But yeah, I've been working on it a good deal behind the scenes, and now I had to get rid of the ATB (Sadly), as it was super buggy and just broke the game in the later parts. x(( So I had to implement a new battle system which is Yami's CTB. (If you're wondering about the gauge at the top).

Also, I have implemeted Theo's Side View Battle system it was super fun tinkering around the script with action sequences. Though my sequences may not be "god-tier", still they're something haha. xD

Hope you guys enjoy! As for game development progress, let's just say I'm working on the maps for all the planned sidequests now, and I'm already on the works for the final main quests. Admittedly, progress have been slower than usual though since I've been busy with job and other irl stuff. But yeah, an update!! ^_^

Looking forward to this game still, glad to know you're still at it~

Hello @Kokoro Hane !! ^_^ Its so great to see you again indeed! <3 Haha! Its been a long time, but work on the project is indeed continuing on now along with some changes! ^_^ So happy to know you're looking forward!! And thanks so much for that!! <3 ^_^

Hey Starmage this looks really cool! I like your mapping with the scifi tiles and the sprites you've shown on the first page are excellent. I've got some quibbles with the OP you made back in February and they mostly have to do with words (surprise, surprise, Crow obsesses over words).

Xerxes was the name of several important historical personages, generally kings of Persia. He's pretty well known, too, because he featured in the movie 300. Seeing that person name used as a place name is slightly jarring.

More importantly, the ARYAN RACE means something completely incompatible with it being the name of a fictional race for your game. It is a real "race" i.e. a human ethnicity. The Nazis thought that Aryans were superior to all other races because racist science. They murdered over six million people more-or-less for not being Aryan. And we fought World War II over it. This word has a crapton of baggage and does not work well when repurposed as a name for a fantasy race of bird people or whatever.

Finally, this is a small touch, but Sector 1 and Sector 4 are kind of boring names for star systems...which might be what you're going for, that it's a galaxy with no poetry in it run by number crunching bureaucrats. I personally think that using roman numerals would give it a nicer ring, but this is a totally subjective opinion based on my tastes and preferences. Don't name your space bird people after the Nazis' "Master Race" is just like, fairly solid advice. (Especially because unfortunately, Nazis are making a hell of a comeback IRL these days.)

Hello CrowStorm!! ^_^ <3 Thank you so much for taking the time to look at the game and read the texts! I truly appreciate it!

Now, with regards to the Aryan name, I feel like i have already addressed it countless times already first on the discord servers, the forums and etc. xD I understand how the negative connotations of the name may affect some people, but I have my reasoning for not changing it, and it's certainly NOT because I allude to the Nazi's.

My reasons:
- I never knew Aryan was a term used for and by Nazi's before even using the term for my alien race here. I was heavily inspired by the term from the classical name used for the alleged real life alien species "Pleadians", and they are my main source of inspiration for the race in this game... and certainly NOT the Nazi's.

- I was and am already so far in the game before I was informed that the term Aryan has a negative connotation, that if I changed the name it would be so hectic changing ALL of the mentions of the Aryan term within the game and on the forums where I posted this game, or maybe I'm just being lazy. xD Maybe I am. >.< (Honestly, if there was a program or a way AT ALL, to automatically find and change all terms used within the game, I would most definitely change Aryan. Cause I do get tired from time to time being thought of as alluding to the Nazi's. )

https://en.wikipedia.org/wiki/List_of_alleged_extraterrestrial_beings
I drew inspiration from the Pleiadians as an alien race for their peaceful and loving nature, as well as their very spiritual and technologically advanced traits.

It was only until this was heavily discusses on the Discord servers, when one of the members (Drass) kindly notified me of the negative connotations of the term. I was heavily shocked, since I never knew that until then. X( After heavy research and discussions with the members of discord, I came to a final decision, that I will continue using the term "Aryan".

1. I do not want to give in to the Nazis reality that they own the term or that they think it is the perfect race that humans should become.

2. The Nazis no longer have power over anyone in this world, for, they are long gone and their horrors buried with them.

3. I wish to recover the honor of the term, wherein it was used as an alternate term for the "Pleiadians", an alien race that was far from the evil Nazis in the first place. I read a lot of books about the alien races when I was a child, this is why it is a heavy influence on me and the development of this game.

In the end, I will still take part of my responsibility in making a disclaimer that no terms are used as a means of offending nor looking down on anyone of a specific group or ethnicity.
Click to expand...

Furthermore, I do believe that the term Aryan also has Indo-Iranian origins.

I hope I cleared things up, and yes, there will be a Disclaimer on the release at the very start of the game where I make it clear that none of the terms used are alluding to anything.

Also, as for the Sector names, they do have names mentioned within the history of the game as separate constellations. Since Xerxes is mainly the combination of four constellations merging as one Galaxy, thus, turning into Xerxes. and in lore terms, they simplified it into four sectors. But i understand where you're coming from with this one as well. <3

As for the galaxy name Xerxes, again, I am no history expert, so I don't know what kind of people these Xerxes persons have done in the past... if it is again, something negative, then I am not alluding to them at ALL in any way, shape or form.
Last edited: Jan 17, 2020
You must log in or register to reply here.
Share:
Facebook Twitter Reddit Pinterest Tumblr WhatsApp Email Link