RMMV Realm of the Shadows 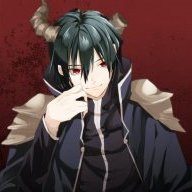 If you are interested in supporting the game and voting on decisions within the development cycle, please register on the forums:

You can also support our game on Gamejolt:

Realm of the Shadows is an RPG currently developed with the mindset of combing a massive, rich world, deep stories, and lifelike environments all into one. The game is currently being developed by a group of three who are highly passionate in designing video games. The game is set to be built to play for 15-18 hours, and it will feature several different environments, NPCs, battles, bosses, and more.

The game as of now is going to feature the following:
- Quest Log System
- Crafting
- Weapon & Armor Augmenting and Tuning
- Item Durability and Wear

In an alternate timeline in the mid-19th Century, nations are striving and technology is advancing rapidly. A small village located high north named Arcton is home to an 18 year-old boy named Lydon, who just finished secondary education. Growing up, he was a very playful and outgoing child. He often played with toys and pretended to kill evil spirits. However, this changed when his father died in war in 1844, when he was just 2 years old. This left him no longer wanting to become a warrior as he is scared of facing his fate on the battlefield. However, being uncertain about his future, he experiments often. Practiced archery at the age of 9, did Horseback Riding at the age of 11, and often did Wrestling at the age of 13. It was when he was 13, he decided to practice Hunting. His best friend in school at the time Daemon was very pushy. He often did poke fun at Lydon, but in the end, they made a good group of friends. They were hunting at the young age of 13 when they visit a small hunting field named Misery Fields. They were unsure of the reasoning behind the name but they were lured in by curiosity. Lydon and Daemon both did visit it, but in the blink of an eye, Lydon turned around for nearly half a second, and suddenly heard his friend screaming. Only to turn back around and find that nobody was there. He was all by himself.

5 years later, this incident has left him scarred, and he is even more uncertain of his future now than ever. He goes out to find a job, only to find that rather than living a normal life, he is out looking for answers to all his questions before he even knows it. I'm going to approve this, but I recommend putting screenshots directly into your thread instead of as a link. People like to see pretty shiny things and it will make your thread look nicer and more appealing to do so.

mlogan said:
I'm going to approve this, but I recommend putting screenshots directly into your thread instead of as a link. People like to see pretty shiny things and it will make your thread look nicer and more appealing to do so.
Click to expand...

LunarFlareStudios
So I'm resuming work on the Shadowstar Trilogy. I've decided that it will take place between the end of G4 and the start of G5, and two of the Lost Rulers will be Twilight Sparkle and Sunset Shimmer (who is the moon princess in my AU).
Yesterday at 10:24 AM •••