Actually, I think it'd be better to create another group - freemium.
I have tried multiple recorders. Camtasia Camstudio is freemium, not paid (at least older versions). You can use it for free, but it has limitations (and did not work for me in the end). Bandicam is freemium too, but leaves a watermark, so it's not the best solution sometimes. The one that worked for me though was Icecream video recorder, also a freemium program. A free version limits video length to 5 minutes. OBS did not work at all on my computer due to being heavyweight, and I don't know the other two, so cannot say anything about them.

EDIT: From the looks of it FRAPS is also freemium, with limited length of a video for the free version. And XSplit broadcaster is freemium as well.
Last edited: Jan 1, 2018

Poryg said:
EDIT: From the looks of it FRAPS is also freemium, with limited length of a video for the free version. And XSplit broadcaster is freemium as well.
Click to expand...

I call those "trials" mostly. But Xsplit is only "freemium" on certain streaming aspects. But definitely not necessary to pay for recording your own things nor does it add watermarks or whatever. So I just sticked it to Free category for now.

I could've sworn Fraps was 100% free before but I really should've rechecked that lol.

Hmmm, I like screencast-o-matic. I use the paid version, but the free version is okay, too.

Can we put BlueBerry FlashBack Express 5 on the free list? Sure there is a premium version, but if you already have a video editing software, all you even need is the free version (all premium adds is a built-in video editor and that is it.) 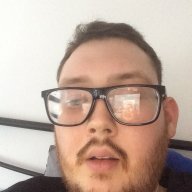 As for me, I prefer Joyoshare Screen Recorder, an easy-to-use yet efficient video recording software with high quality. Yet its free version has stamped watermark on it.

I bought a piece of software a while ago. Movavi Video Suite 16. I think they are on 18 now.
When I went to buy it I was considering the price and decided against it. When I removed the item from the cart and went to navigate away from the page, the site popup a code to save 50%. So I bought it.
It's been pretty good. It has flaws in the video editing part, but it does include a screen recorder feature.
I've used it quite a few times to get things I would normally not be able to. 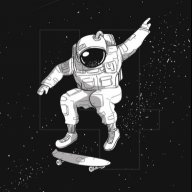 I think Camtasia is all the best except it is pricey. As for free video recording software, OBS and Screen-O-Matic shall not be missed. TunesKit Screen Recorder is also nice but has a watermark on it. Online screen recorders like Loom and Screencastify is quite easy to use.

Does OBS come with an editor, or is it purely for recording? If it doesn't, can anyone recommend a good, easy-to-use (and free) editor? I'm just after something that will trim/splice, and let me add text and images.

Shaz said:
Does OBS come with an editor, or is it purely for recording? If it doesn't, can anyone recommend a good, easy-to-use (and free) editor? I'm just after something that will trim/splice, and let me add text and images.
Click to expand...

OBS is purely for recording, there is no editor in which you can edit your videos. Personally, I record everything in OBS (since it's the best free software to record your screen) and then I use Shotcut to edit my videos. Shotcut is free, open source, very lightweight, intuitive, and powerful enough for video editing (there are even a little some more professional functions like recoloring).

Thank you Will check it out.

Can also reccomend OBS, it's free and I use it to record everything from my games to drawing videos, you can also use it to stream.

For free video editing software personally I use Davinci it's free but isn't super intuitive (its incredible what a beast it is for being free, think photoshop) but it's still pretty straightforward. You can google any question or tutorial you have n' once you learn it you're golden!

I can recommend DaVinci for editing resolve too. I haven't had as much luck with OBS, couldn't even get it to run, but... Not a concern for me, since I got a video recording program called Action recording software in humble bundle. I'm not complaining at all about it, it serves me well.

Riazey said:
I use Davinci it's free but isn't super intuitive (its incredible what a beast it is for being free, think photoshop)
Click to expand...

Well, be glad that you don't use Sony Vegas. I've bought it, because it wasn't as resource hungry as DaVinci, so on my previous laptop I could work on the video with much less lag. No need to say, it was hell compared to DaVinci.

Shaz
Calculated my tax refund - CHEERS
Looked at my student debt - cries
Still, might be just enough left over to pay for my new computer, which would be awesome!
And my student debt will be fully paid, which is also pretty nice.
Today at 10:01 AM •••

Mystic_Enigma
They say nice guys finish last. But mean guys don't finish at all!
Today at 8:20 AM •••

Sharm
I keep forgetting how much I hate how VX-MV implements fences and autotile tables.
Today at 4:17 AM •••