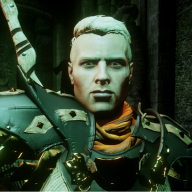 RegionEventsOnOKButton v2.1
ST0RMTiger​
Introduction
This plugin lets you define regions where Yanfly RegionEvents are only called when the player stands in this region and is pressing "OK", or when a region is approached (with/without button press).

Features
Define selected Yanfly RegionEvents to be called only after pressing "OK".

You define these regions in the plugins parameters. Each region can be defined independently to function "normal" (exactly as in Yanflys plugin") or to trigger as defined.

[UPDATE]
Additional Features of Version 2.1
Made it possible to specify if player should stop moving while executing the common event.

[UPDATE]
Additional Features of Version 2.0
made it possible to specify 4 types of region interaction:
NOTE: I had to change the way in which the plugin is configured, so i exchanged the screenshots. If you switch from Version 1 to Version 2, you have to set everything up from blank.

How to Use
This plugin requires Yanfly RegionEvents to function.

Place this plugin right below the Yanfly Plugin.
Make a new entry in the Parameter "RegionConfig" for each Region you want to change the trigger for.

Demo
I made a short demo to showcase the functionality of the plugin.

Terms and Credits
This plugin may be used in every rpgmaker project, even in commercial and adult-themed games.
You have to keep the license. You have to credit ST0RMTiger.
I do not offer any warranty. But if you need help, just ask.

Arctica
A certain person better sell his stock while he still can, because it looks like it's going to take an unrecoverable nose dive.
16 minutes ago •••

ShuBun-Kin
7 years of trying to plan this project... and it got an official plotline today. 7 years. I really just have no concept of order huh GHJGSJHGVGHASFH.
30 minutes ago •••