Hey all. I just made a quick and dirty little script to add TGR as a valid param for Yanfly's BattleAICore.

In the above example, if the random check doesn't pass, it will always attack the target with the lowest TGR.

So this is a kind of Enmity like system, right?

But now i have those questions:

How can i ncrease TGR during combat?
Will it reset at the end of combat?
If not, how do i clear it up?
Last edited by a moderator: Jul 14, 2016


TGR is an SP-Parameter that all actors have a default value of 1 (or 100%). Traits on classes or actors can increase or decreases this value by multiplying it's base value by a percentage. If the trait gives TGR + 150% the value will be 1.5 or 150% for example. States can also modify this, and you can use it with yanfly's autopassive states plugin to set passive abilities that increase TGR on the actor who knows them, or you can make custom states that increase the value over time.


Depending on how long these states last, the effect could also be removed after battle, of course.


You can also make use of something like action sequences, to possibly add TGR rate to an actor after an attack, or add states that do that. There's a lot you can do with TGR that hasn't really been touched before, as far as I can tell.

It would be good if you add this in the help section of your plugin and a basic formula of how to make skill add TGR cuz i'm still figuring out how to do it :<

kovak said:
It would be good if you add this in the help section of your plugin and a basic formula of how to make skill add TGR cuz i'm still figuring out how to do it :<


I know i can use a.gaintgr for this, but dunno if i can reset it at the end of battle :v
Click to expand...

You already know more about using it than I do. All I really knew about it was that I was using it for a passive state on my tank classed actors to make enemies more likely to hit them. When I started using yanfly's AI plugin, that stopped happening, so I made made this add-on to give me back that functionality. Any other uses for it are something to developer will have to come up with themselves. 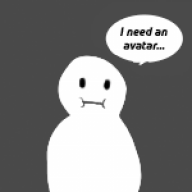 Thanks for the plugin, ramza. I didn't realize I needed this, but now it seems really useful!


@kovak You may want to read the "How To Set Traits" section of the MV manual. You can create a state that raises TGR (Target Rate), and have a skill that inflicts that state in battle. Hit F1 when running MV to access the manual.


TGR, TRG...looking for the help file didn't helped me at all :v

I've made a state, but i can't make it stack lel