​
Follow the story of Elliot, a young man who desires to explore and see all the world has to offer. Even though his mother doesn’t want him leaving the protection of the village, he trains in secret to fulfill his dream of becoming the greatest Mage of his generation.
But fate has other plans for him...

What is the strange tattoo under his eye? How is he related to the ancient heroes? What connection is there between Elliot and the relics? And many more, yet to be answered...

Discover the beginnings of Elliot’s epic journey in this prolog. Save him, to save the world of Hearss. 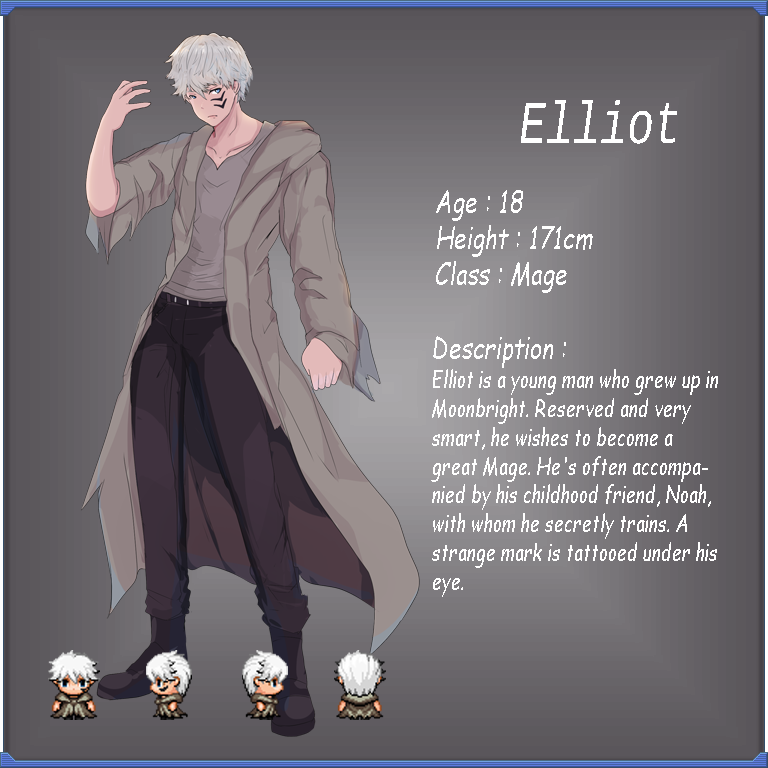 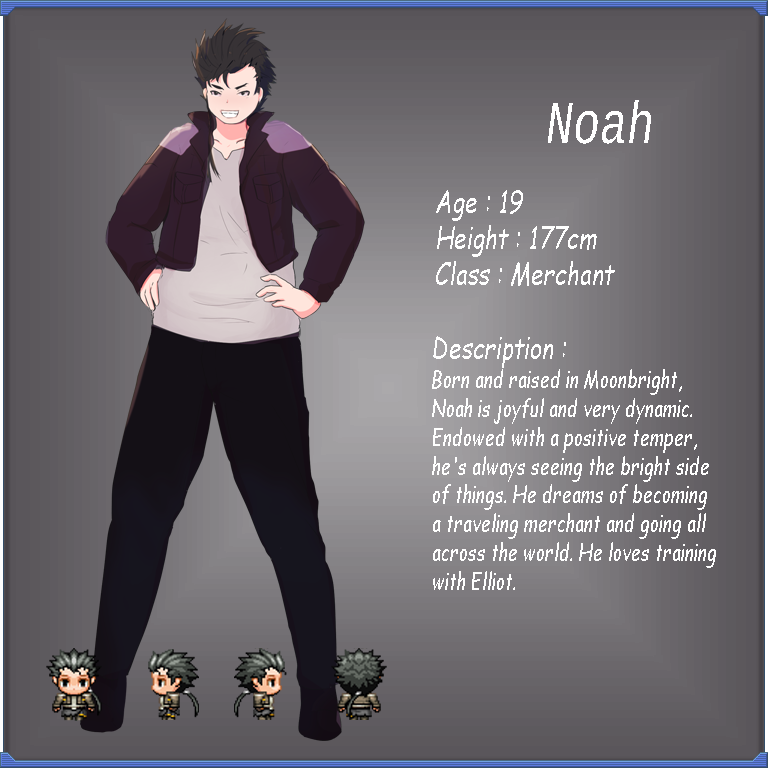 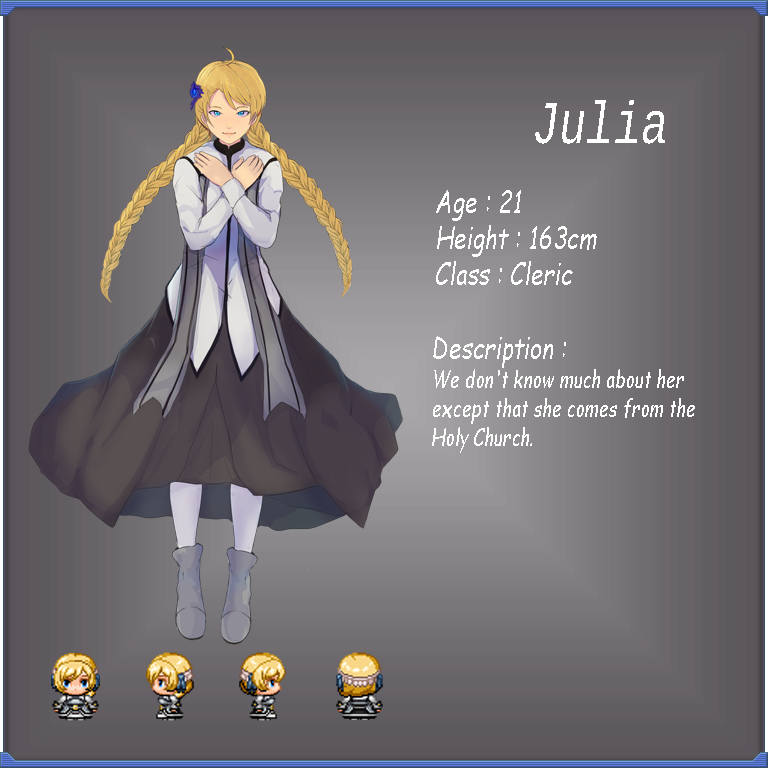 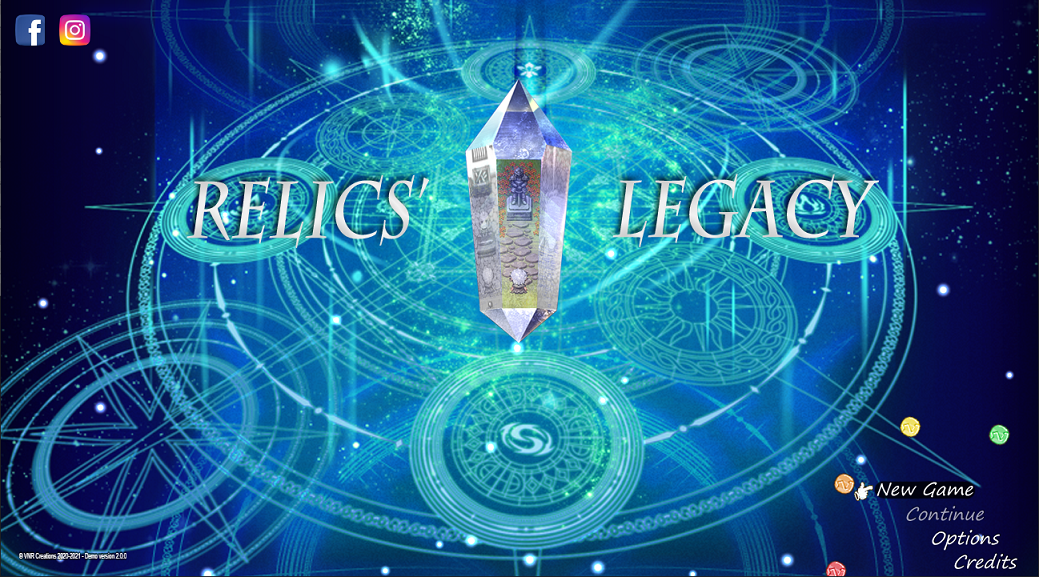 Equipment System :
Relics' Legacy has a classic JRPG equipment system. You'll find equipment upgrades in treasure chests, through quests, or you can simply buy them at shops.

Augment System :
Monster spirits can be used to augment a piece of equipment with extra statistics or resistances. Not all spirits have the same effects on all equipment, so choose your augments wisely....

Skill learning system :
Skills are learned by spending Job Points (JP), which are earned through quests or defeating monsters. Learning new skills is essential to tackle the challenges of Relic’s Legacy!

Story Book :
The Story Book will add unique, in depth knowledge about Hearss and the characters as well as gameplay tutorials for Relics' Legacy.

On Map Mechanics :
The current time and even the weather will need to be monitored.. Some events will only occur at specific times or when specific weather conditions are met. There are also places you can only explore by using the environment, so keep your eyes peeled for areas to jump and climb!

Default Controls : (Can be changed in the options menu)

I'm Nico and I'm currently developing Relics' Legacy. The game is far from being finished but I wanted to release the 1st chapter as soon as it was complete.
I need your help!, Please give feedback so I know where to focus future development efforts..

The first chapter is free but there are several ways you can help support the development:
I hope you enjoy this first chapter! See you later

Bug fixed :
- lags due to quest window on map fixed.

New features :
- the quest log is now visible on Map. You can choose which quest is active while you play in the quest journal. You can choose to remove that window in the options.
- keyboard settings is now possible. You can set any key for any action, everything is editable. You can set shortcuts for Item menu (I), Equipment menu (E), Formation menu (F), Skill menu (K), Save menu (S), Quest journal (J), Beastbook ( - default keys in brackets.
- farmer shop. The farmer is now selling vegetables. These are healing items with less effect. Unlike the common items, you can't use them with Noah's pharmacy skills.
- treasure chests are no longer popping up a text box needing the player to press the action key. You now have a popup on the bottom right of your screen which will fade away after 4 seconds, you can continue move and play while the popup is visible.
- new map. You now have access to the Diggers' refuge in Moonbright.
- added a mine wagon in Hinter Hollow. You can cross the map and avoid tights.

Devlog 1.2.0
Updates :
- 4 houses reworked (Elliot's house, Noah's house, weapon shop and item shop). More will be reworked soon. The game is going to be less "square shaped" and maps more detailed.
- Monster description added, still having a little bug with it but it will be fixed for the next update.
- item drop rate adjustment.

Devlog 1.1.0 :
Features added :
- Game over Screen changed, you now can choose between coming back to the last visited INN, load a game file or going back to the title screen. To be teleported in an INN, you need to visit one first. You'll be teleported with 1 HP. ;
- sound effect on message ;
- killcount and itemcount in the Quest Journal. You no longer need to check your item or count how many monsters you have killed. Just check in the Quest log.

Hello everyone, I steel need feedbacks on every features which can be criticized (story, lore, map, gameplay, menu, and so on) .

If you guys can try it, i would appreciate it very much.
Thanks ! and Happy RPG Making

Hello !
I made a lot of updates and fixes lately.

Any suggestions and feedbacks are welcomed.

Alrighty, I played your demo to the very end! Before I get into the feedback, is this your first project? I just like to know; it really has no impact on my impression of the game, don't worry!
Overall, this was a good demo! Keep working on the project. I see some good potential.

Cythera said:
Alrighty, I played your demo to the very end! Before I get into the feedback, is this your first project? I just like to know; it really has no impact on my impression of the game, don't worry!
Overall, this was a good demo! Keep working on the project. I see some good potential.
Click to expand...

Thanks for trying the demo, I really appreciate it.

So yes, it is my first project. I started with literally 0 knowledge about RPG Maker and programming so it took me some times to come this far.


Thanks for your review, it really helps me. Your point of view is really good and I appreciate that.

By the way, did you try the side quests? you can accept them from the bord quest in INNs.

Thanks again for playing !
See you later

@PLUEVNR
No, I kind of forgot about the side quests board! I also had a time crunch today, otherwise I probably would have wandered around and found the board again.
All my less than positive points are things that simply come with more practice - except the lag spike. I'm 95% certain it's related to a parallel event. Writing and grammar is practice, and gameplay balance is practice. You have a really good base of a game, and good skill with parallax mapping. The lag spike put aside, there weren't any game breaking bugs I could find. Everything else will come with time and practice.

Thanks a lot ! I'm glad to hear that.
I'll try to fix that lag.
Time to improve on the other stuffs !

Hello,
new update thanks to several feedbacks.
If anyone wishes to try my demo, it's free. All feedbacks are appreciated.
Happy RPG Making and have fun !

the download is gone on itch.io, will it come back, (if still continue it?)
would love to try the demo

Thanks for your messages !
Yeah I've shat it down because a huge V2 of the demo is coming soon and I was too ashamed to let people try my V1 lol. (reminds me I have to update this thread which looks ugly ^^' )
Thanks to several feedback, I was able to add great improvements. I've also asked @HawkZombie to correct all my dialogues and database because English is not my native language. He did a fantastic job and pointed out some mistakes.

So, the project is still ON, but I don't have a lot of time currently, unfortunately.
I've also have 2 ongoing map commissions (which I can't find the time to finish) and these are my priority for the moment (RPG Maker, priority, I mean) so I can close my mapping store.

Thanks for your interest anyway. There's not a lot of work left to do to release the V2 but I need to take care of some IRL stuff first, then finish the map commissions.

version 1 could be still there, but I look forward to it, so dont rush
RL goes first, but thank you for the clarification on the project as well

My demo is finally completed! 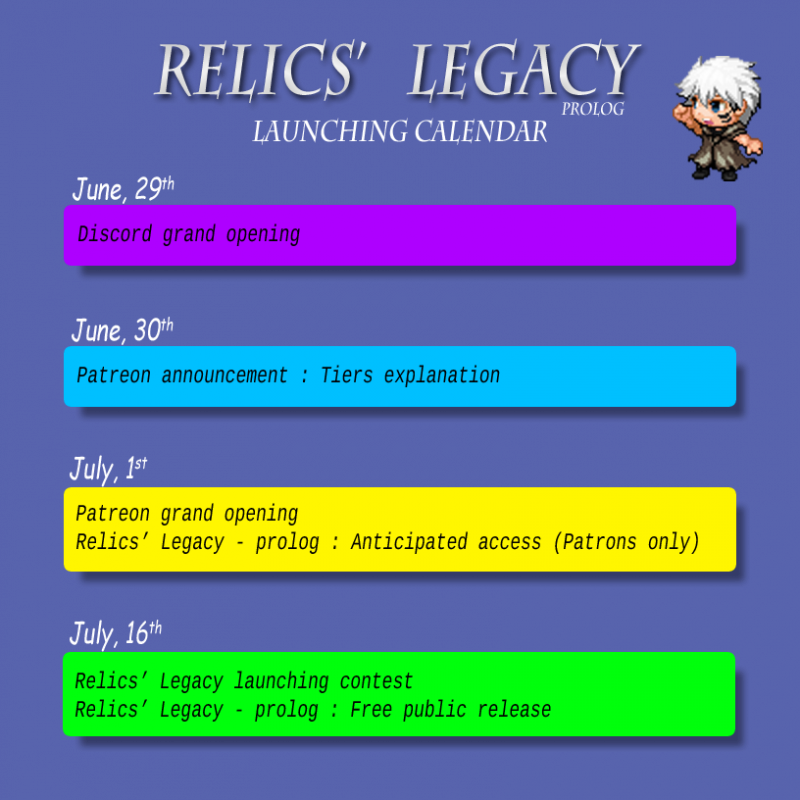 You have many ways to support the development and I'd be very grateful if you could try it in a couple weeks.
Thanks to the community, this project has evolved in a serious one. I've taken the good and bad critism to raise the quality of the game.
I really need your honest feedback.

I'm counting on you and I'll see you then! 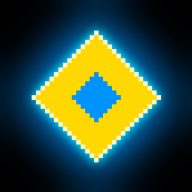 I was not expecting to find you here at all, but hello!
I discovered this game on instagram, and i think you recognized me from the profile pic.. Anyways the game is cool, the story seems intresting, especially the "doubts" you put in the synopsis, and I also really enjoy the mapping. Giving it a try

Hey hello!
Yeah I recognize you
thanks for your kind words. I hope you'll enjoy the prolog ^^

Hello there!
I made a trailer to prepare the release of the demo.
It will be out the 16th of July! Get ready
I hope you'll like it. If you do (even if you don't), any kind of help is much appreciated.
Play it, share it, support it!
See you then.

Give it a try and challenge your fate!

"Why would I play the V2 if I already tried the V1?" Would you tell me...
Well, that's rather simple! It's a whole new experience. Even if the storyline remains the same, the visual aspects, the sound, the game mechanics, the battle balance, the dialogues, ... EVERYTHING has been reworked to a high level!

PLUEVNR said:
This is it!

Give it a try and challenge your fate!

"Why would I play the V2 if I already tried the V1?" Would you tell me...
Well, that's rather simple! It's a whole new experience. Even if the storyline remains the same, the visual aspects, the sound, the game mechanics, the battle balance, the dialogues, ... EVERYTHING has been reworked to a high level!

Thank you!
I hope you're enjoying it

I wasn't expecting this much for a demo. To everyone, THANK YOU VERY MUCH. I deeply appreciate how many players tested the game and gave me feedback.

If you haven't already played it, please give it a try! It's only 2h30

So, what's coming next?
While waiting for more feedback, I've begun to develop the next chapter (here's a preview of a WIP sewer). This chapter will take place in the continent, in the Haemoid Kingdom to be more precise. You'll find new friends but also new challenges to overcome. I can't wait to finish it. 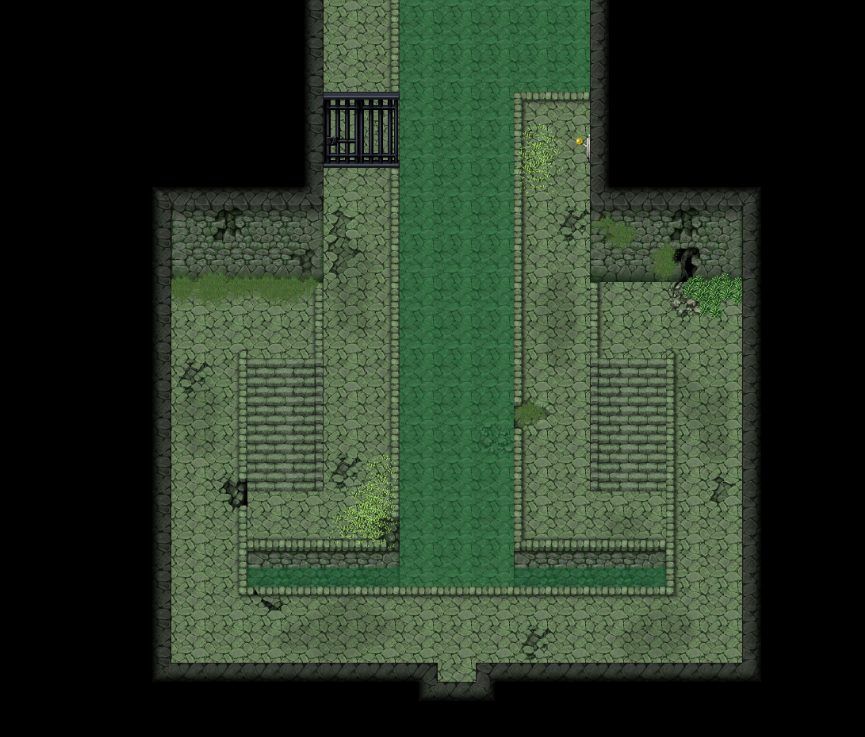 When I'll have more reviews, probably in a couple weeks, I'll start doing the translation.